Iraqi security forces (ISF) have liberated the industrial area east of the Al-Tanak district in the western part of the Mosul city. ISF have also captured the Wadi Akbar cemetery and 90% of the Al-Haramat district in the same area. 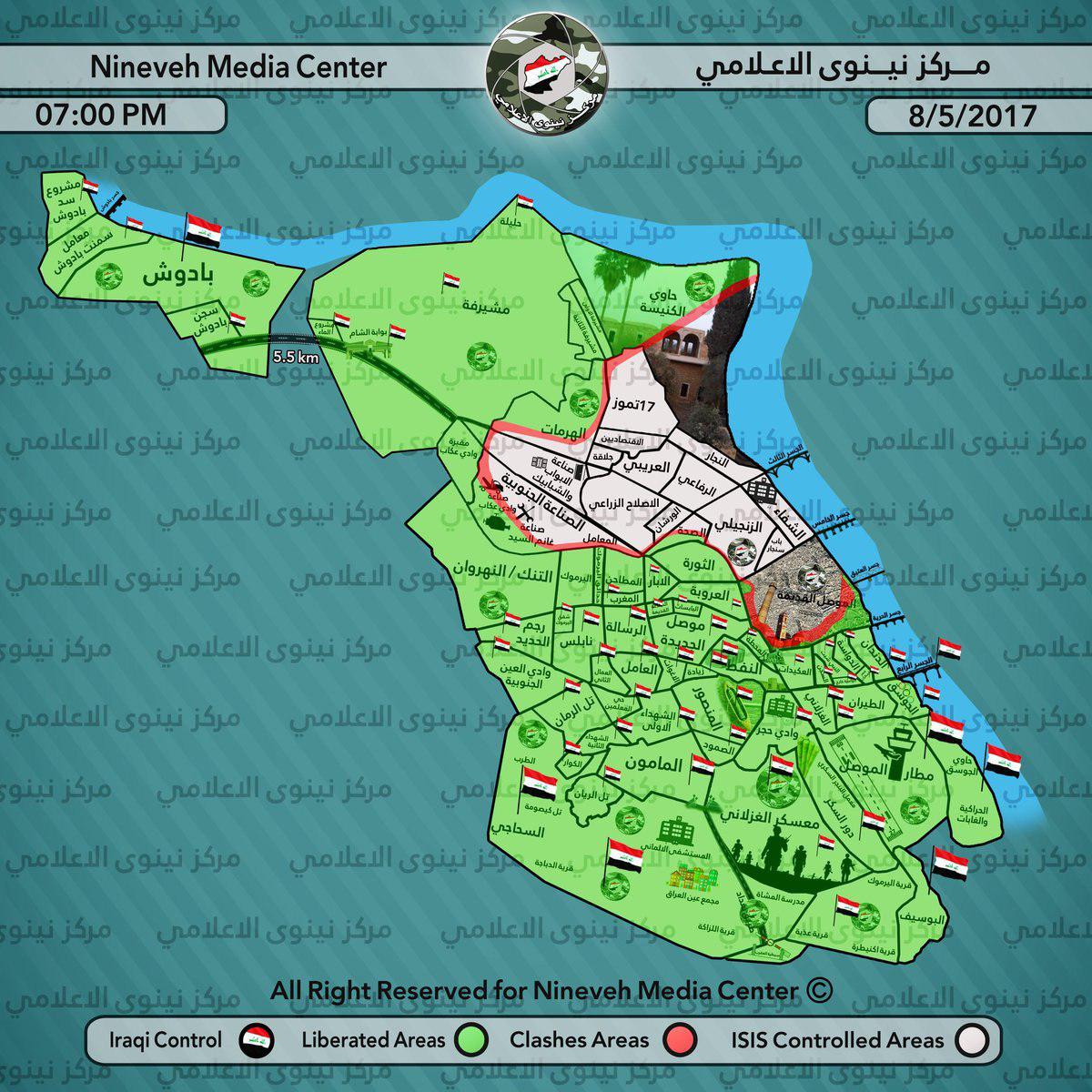 During the course of their advance, ISF troops discovered dozens of ISIS arms manufacturing workshops in the industrial area, and captured Abu Qa’qa’a, an ISIS military commander. 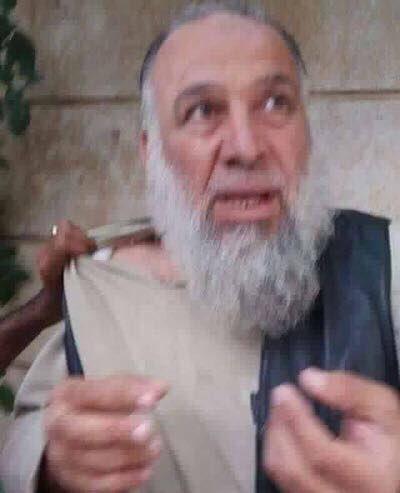 ISF troops are in the captured areas: 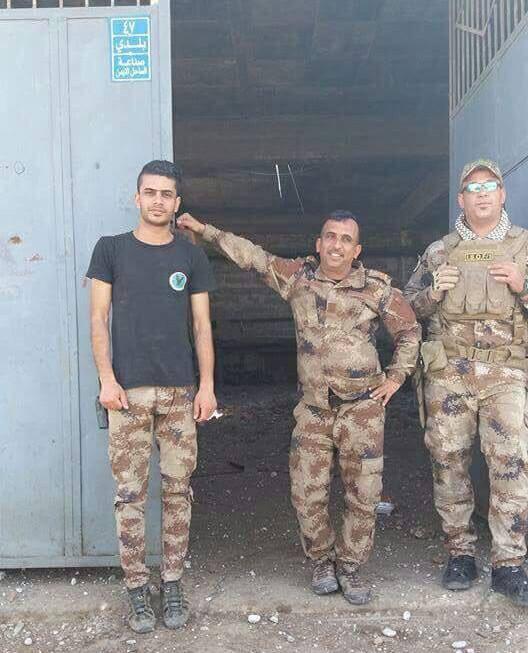 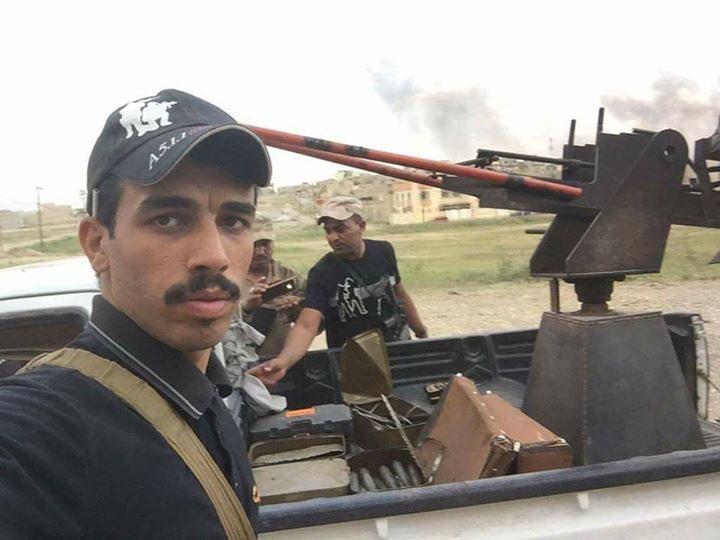 Meanwhile, ISIS attacked a position of the Popular Mobilization Units (PMU) with an armed drone in northern Al-Ratbah in the Anbar desert. Pro-ISIS sources claimed that a PMU fighter was killed in the attack.

The Iraqi Army has launched a large operation in the western desert of Anbar aiming to destroy ISIS hideouts, training camps and arms depots in the desert. It’s expected that ISIS will use the Anbar desert to regroup, organize and train its forces after the fall of Mosul.

The PMU announced that its killed  725 ISIS militants and destroyed 112 vehicles belonging to the terrorists during the last 30 days. PMU fighters repelled more than 31 ISIS attacks in both Salah Addin and Ninwa provinces and during the operation of Muhammad Rasool Allah in Hatar area.

Huge respect for the Pmu. After mosul it will be a piece of cake to liberate the rest of Iraq. The desert isn’t really a populated area so they can “bomb the shit out of Isis”.