Security forces at the cement factory checkpoint west of Karbala destroyed a VBIED of ISIS before it reached the checkpoint, while another VBIED withdrew towards the desert after the attack failed.

The source confirmed that only one Iraqi soldier was wounded during the attack.

ISIS claimed that the attack resulted in the deaths of 50 Iraqi soldiers. Furthermore, ISIS claimed to target a gathering of Shiite civilians in Palestine district in the center of Baghdad city with a VBIED, killing at least 27 civilians. The ISIS-linked News Agency Amaq also published a video of the attack. Lately ISIS resumed terrorist attacks against civilian areas in Iraq after its major defeat in Mosul city and several other areas. ISIS appears to be preparing for the “post-caliphate” phase in Iraq, and its terrorist activity is expected to continue during this phase in Iraq for years as a result of internal Iraqi problems and sectarian tension.

Just keep US in Iraq and this will never ever stop.

You must know you want.

A campaign again, to force the Sunnis of Iraq into making a choice, either support the Shia government which is increasing pressure upon brother Sunnis (which these attacks are meant to ensure) or stay within your group. The moderates among these terrorists will advocate moving back into al Qaeda. There is potential for destructive infighting when both groups are in the shadows. The downside is many innocent civilians will be killed either way. This is a great time for the west to stop training the Iraqi National Shia army.
It would be a better time to just up and leave.

Get rid off the sunnis. They are worthless and stupids and they are the ones that are terrorizing everyone that is not sunnis. And even they killed so many sunnis. Get rid off the problem ASAP.

Is that your opinion or are you quoting from IS and al Qaeda recruitment tactics? That is exactly what they want all Sunnis to believe ALL Shia believe. What would be your plan to get rid of Sunnis? What happens when you come to a peaceful place of Shia and Sunni? What would be the penalty to a Shia for harboring his Sunni neighbor?

Sunnis cannot be trust. They are so hypocritical. They started all this mess because they are stupid. Shias always told them to stop being stupid but they can’t. Iran even supported Muslim Brotherhood in Egypt while Saudi Arabia was calling them terrorist.

Man, sunnis are the dumbest people on earth. What do you want to do wioth dumb people ???? Dumb people always destroy where they are and what they have.

Maybe on day, when there will be sunnis countries that want to cooperate with shias and stop all this mess, we will see. By definition, you can’t make peace when the other side don’t want to.

What do you suggest ? To let shias being killed every days by stupid sunnis ????

Again…What would be the penalty to a Shia for harboring his Sunni neighbor?

The region is a mix of Turkmen and Yezidi neither support the Islamists and are secular so stop with the Sunni -Shia divide, this is typical of a US/Daesh terrorist supporter. The US doesn’t train anything over there but their gun sights on civilians.

Well on the long run there will be no IS rat left because they ve all committed suïcide by then. ? Too bad they take real humans with them. May they never be forgotten.

Iraq launch an operation with USA and boom, dead iraqis soldiers. XD. Maybe get rid off Americans and see if the problem persists. XD.

WOW
It seems the ISUS propaganda unit is winning the war in Iraq and Syria!
So there is no need for Daesh dirtbags on the front line. :p

You wish to reply to me you stupid son of a bitch.
Daesh trash is dead for sure 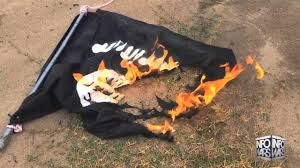 Why am I stupid ?

That is quite obvious with your uncouth reply and you leave out 90% of the facts in your comments, did you learn that from watching CNN.

Iam not the one that thinks ISIS is Israeli secret intelligence service ?

That is the acronym for all the Israeli Intelligence Groups , blame the Defense ministry for creating the name, you can find it in the book Prince of Spies. The Israeli defense minister has a direct line to them required by all intelligence operations by Israel, those are the rules.

Well ISIS stands for Islamic state of Iraq and Syria for the terrorists.

Live your in your dream world , Obama misspoke and called them ISIS in 2013 once but corrected himself to the word ISIL . The people who knew where they came from called them what they were Israeli Secret Intelligence Service Mossad/CIA trained and equipped them , if you want to see where they came from the earliest groups were funded and founded as foreign mercenaries in the employ of the Pentagon , CIA/MOSSAD,KSA,Turkey,Qatar,UAE,Kuwait,GCC,UK, France, the list is a big one these are the major players.

You really are incredibly stupid and naive or just plain ignorant.

I don’t think Iam the one here living in a dream world where Israel trains and arms ISIS members. There are certainly people from various Islamic nations that fund ISIS but these are individuals. ISIS was born out of the rubble left over from the Iraq war if Obama had allowed the troops to remain and finish properly training the Iraqi forces we wouldn’t be in such a mess.

ISIS is overestimating how many people they kill to make up for the fact that they are failing, and now resort to attacking Shia pilgrims in Karbala to create a bigger Sunni-Shia divide.

ISIS they have a Saudi and a Tunisian in the pictures where are these Iraqi ISIS , oh wait this is just how the CIA is with their propaganda no real locals make believe they are.