Iraqi security sources announced on Wednesday that the Iraqi Popular Mobilization Units (PMU) and Iraqi Security Forces have launched a joint security operation against ISIS cells in the Al-Muqdadiya area east of Diyala.

Colonel Ahmed Hussein al-Tamimi said that “the operations command of the Tigris, Diyala police and the 24th PMU Brigade were involved in the security operation, which was launched from two directions to track ISIS’ sleeping cells in the villages of Shawk al-Reem, Al-Imam river and Al-Abbara east of Muqdadiya, northeast of Baquba.”

According to the head of Al-Muqdadiya District Council, the joint operation will include five villages in order to secure the region and end the terrorist activity in it.

Police officer, Captain Habib al-Shammari, said in an interview with Anadol Agency that the security forces obtained reliable information confirming the presence of wanted personals associated with ISIS in the Al-Muqdadiya region, adding that these personals were involved in assassinations and terrorist attacks against  security forces.

According to the PMU, the operation has so far led to the destruction of two ISIS headquarters in eastern Diyala large quantities of explosives, weapons and military equipment were found in one of them. It’s worth mentioning that ISIS still has dozens of terrorist cells in several liberated areas in Iraq.

They should let these US led Iraqi ERD teams do this work and let the PMU clear out ISIS forces there will be plenty of time to deal with the rats because all this will do is let more come in at this rate. They need to deal with the source and not the little rats, but get the rat breeder. 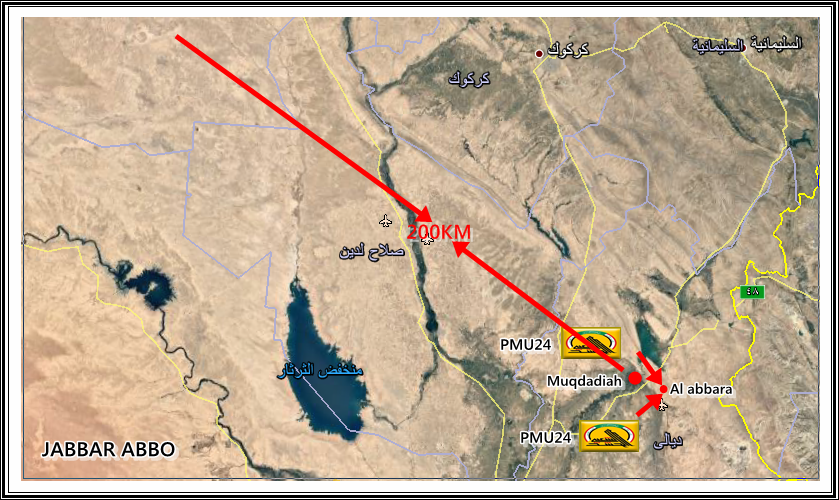