The Islamic Resistance in Iraq – ‘Ashab al-Kahf (AK) has claimed responsibility for a recent attack on a convoy of the U.S.-led coalition in the central Iraqi province of Saladin.

The attack took place in the district of Awja, more than 160 km to the north of the Iraqi capital, Baghdad, on September 23. The convoy was targeted with an improvised explosive device.

In an official statement, AK said the convoy was carrying equipment for British forces. According to the group’s claims, three military vehicles and a truck were damaged in the attack. The newly-formed group claimed in an official statement that its cells targeted on September 23 two convoys of the U.S.-led coalition in the city of Hillah in Babylon province and in the district of Abu Ghraib in Baghdad.

Saryat Qasim al-Jabbarin vowed in its statement that it will continue to carry out attacks until U.S. forces are expelled from Iraq. The recent attacks on the U.S.-led coalition in Iraq are a response to the January 3 U.S. drone strike on Baghdad International Airport that claimed the lives of Iran’s Quds Force Commander, Maj. Gen. Qassim Soleimani, and Abu Mahdi al-Muhandis, Deputy-Commander of the Popular Mobilization Units. 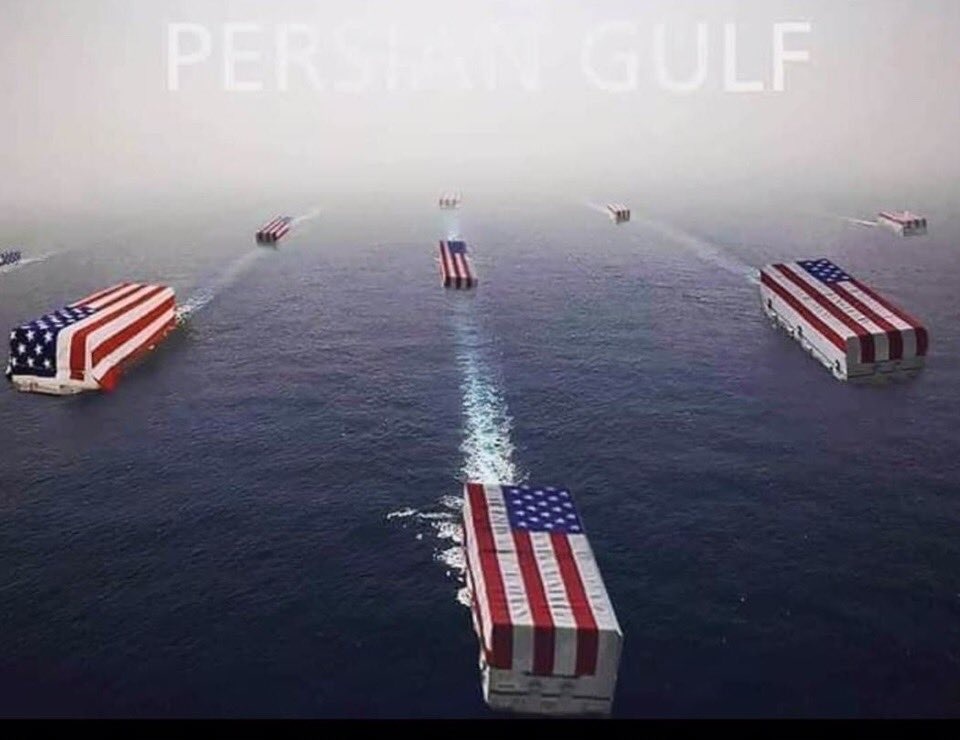 It should be clear to all that all these militants in various groups are sponsored and directed by Iran. They are under tight Iranian control. Because Iran doesn’t want to provoke a U.S retaliation, it instructs the militants when to attack, and what to attack, but strictly no casualties. These cowards know that if they kill any American in their hit and run cowardly attacks, it’ll spell the end of PMU in Iraq.
So this daily news of cowardly attacks is boring, except for the humiliated supporters of these militias who need some propaganda food to feel kind of brave after so much humiliation.
Trump 2021!

StafJustice
Reply to  The Objective

Alqaeda and friends never like these attacks.
Turks are already occupied by the Yanks and that’s cool bro

Andreas
Reply to  The Objective

I’m sensing that there is not much of the popular support needed by insurgent groups. The lack of support may be due to the degree economic dependence has formed around these coalition logistical targets. These groups have also taken great care not to kill or injure any Iraqis. Such a PR campaign indicates an unwillingness to risk alienating a population whose support is not guaranteed. If this is being orchestrated by Iran, then they are operating cautiously.

The Objective
Reply to  Andreas

Of course Iran directs the actions of these militias. I don’t need anyone to tell me that. I didn’t believe this because the Americans said it. I use common sense.
Trump warn Iran of consequences if PMU kills Americans. This was before the death of Soleimani. When three Americans were killed, America killed Soleimani and the PMU leader.
Do you think a paramilitary terrorist organization will refrain from killing Americans? Especially if the paramilitary groups are so many with different names? Poorly organized terrorists aren’t risk averse. These guys are avoiding killing Americans because a higher power controlling them wants to avoid a confrontation. I have no doubt that if anymore Americans were killed, Trump will exact another painful price from Iran. That’s why their have been over a hundred of attacks as of recent without any deaths. And no American is likely to be killed deliberately as long as Trump is president.

Perhaps these are Iraqi militias, and as you seem completely unaware, Iran does not control any forces outside it’s country, neither has Iran attacked another country.
Since 1775. Iran has been forced to defend itself on a few occasions. Two things. US is illegally occupying Iraq, and Iraq is sick of US occupation, and is well within its legal rights to take whatever action it sees fit against US Coalition forces.
“Cowardly” ? The only coward is you.
It’s well known militia can’t stand against trained troops, the colonists didn’t in the US Revolution. You just called them cowards too.
But then you support the biggest terrorist organization, and supporter of terrorism in the world, and whatever criminality US Government wishes to perpetrate on any given country is all good with you, I see. Not the sharpest troll under the bridge.

The Objective
Reply to  Jim Allen

Don’t feed me that Shiite Taqiyya crap.
If Iran didn’t control these forces, then the attacks would have at least claimed several American lives by now. Trump warned that Iran will bear responsibility for the actions of these militias if Americans are killed. This warning was before soleimani was killed. When the militias killed about three or so Americans, Trump ordered the killing of Soleimani – a very painful price for Iran to pay for the death of three Americans. Since then, Iran took that warning seriously. Because after that, there has been over 100 hits on American bases but no casualties. They know Trump will tolerate these cowardly attacks provided no Americans are killed – at least before the elections.
If Trump wins, even these cowardly non-lethal attacks might likely stop, knowing he might order an American strike to destroy their (PMU) infrastructure in retaliation for damages sustained by American bases.
Another four years of Trump and the world will know that Iran is all hot air and no guts. A big disappointment for those who though otherwise.

“It should be clear”… I stopped reading there because that’s the tagline of a career bullshitter.

The Objective
Reply to  Traiano Welcome

Did you read the latest news where Moqtada Alsadr blasted your Shiite militias and accused them of killing political activists? Sadr need not worry about these militias. If Trump wins, the U.S will blast the hell out of them and destroy them across Iraq.

I did better. I’ve been reading Moqtada Al Sadrs pronouncements for 17 years.
He periodically fluctuates between criticising one party or another depending on his political needs at any one point.

Al Sadr, and his father were trained and made in Iran, Qom. He himself is a creation of the Iranian Shia. I even remember when he was told to look more anti-Shia to cover up the fact that he is inwardly very much in support of the Iranian actions in Iraq.

Trump will do nothing worse than has been done since the fall of Saddam. The US has tried it’s best to destroy them until even Petraeus had to make a deal with the Shia militias.

What’s Trump gonna do? More of the same? To a fool with a hammer, every problem looks repeatedly like a nail.

Casualty will only come when American decides to initiate war with Iran and/or the PMU. In that case, there’ll be nothing special or brave about your fight – because you have no option but fight. Any other third-world country would do the same if attacked by America. Their government and military will not just surrender and let America take the country with a fight.

No amount of boastful statements and threats will obscure the fact that Iran isn’t half as brave as it claims.

Hezbollah killed 243 Americans in Lebanon, but has vehemently denied it. That’s not what I call bravery.

You should kill just one American colonel anywhere in the world, and publicly take credit for the attack. Then you are brave.

No, attacking an enemy and denying you attacked is absolute cowardice. It’s not an Islamic tradition at all. You Shiites are a disgrace to the Muslims. You denied cos you fear retaliation, not out of cleverness.

Rodney Loder
Reply to  The Objective

The Objective
Reply to  Rodney Loder

Another Iranian agent taking on a Western name. It’s good you are showing yourselves to the community.

Rodney Loder
Reply to  The Objective

Am not I’m not Persian and their not Salafist, Shiite believe in the Mahdi and me Jesus but so far I haven’t met him.

As predicted a decade ago: A thousand Bin Ladens. A thousand Hezbollahs.

Well you know what they say, no International means National Socialism, can’t mean anything else.

I think that’s because not do much that black lives don’t matter , more like no lives do, life starts after death for some, Allah Akbah God is Great.

Jews can’t embrace National Socialism because maggot Jews are not a Nation so they have to be liberals.