On December 3rd, Iraqi protesters set the Iranian consulate in Najaf on fire for the third time in a week. Protesters in the holy city of Najaf burned tires and hurled them toward the main gate of the Iranian consulate. The building was empty at the time of the attack and there were no casualties, according to a police official.

The incident came after hours of tense standoff with security forces earlier Tuesday when protesters surrounded a key shrine in Najaf. Tens of demonstrators gathered around the Hakim shrine, demanding that Shiite cleric Muqtada al-Sadr help them enter and symbolically take control.

Najaf has been one of the flashpoints in the protest movement, after demonstrators torched the Iranian Consulate there on November 27th and again on December 1st.

The following footage is from the fire on November 27th:

Prime Minister Adil Abdul-Madi announced his resignation on November 29th. The Sairoon bloc, led by Shiite cleric Muqtada al-Sadr, addressed Salih in a letter and said they gave protesters the right to support a premier of their choice.

At least 400 people have died since the leaderless uprising shook Iraq on October 1st, with thousands of Iraqis taking to the streets in Baghdad and the predominantly Shiite southern Iraq decrying corruption, poor services, lack of jobs and calling for an end to the political system that was imposed after the 2003 U.S. invasion. Anger has been also focused at the Iranian consulates both in Najaf, as well as in the holy city of Karbala.

In a concession to protesters in November, a governmental anti-corruption body, the Higher Council for Corruption Combat, ordered the dismissal of 1,000 employees at state institutions who had been convicted of wasting or embezzling public money, according to the official INA news agency.

Iraqi Prime Minister Adel Abdul-Mahdi also pledged to try and pass a law granting a basic income to poor families, while admitting that there was no “magic solution” to the graft and poor governance rampant in the country.

In an address to the U.N. Security Council on December 3rd, United Nations envoy to Iraq Jeanine Hennis-Plasschaert condemned the continued use of live ammunition and “non-lethal devices” like tear gas that have caused “horrific injuries or death.”

The U.N. envoy also questioned the status of the government’s earlier investigations into the use of live fire and other violence, noting that though arrest warrants had been issued, perpetrators had not been brought to account.

My word – this must be costing the USA a bob ot two.
Even with Soros throwing in £20,000,000 give or take.
No wonder they are trying to screw the EU for services ‘rendered’ but not remotely required – its time to work with Russia.
And time to tell the USA to leave Iraq and invite the peacekeepers in.
The Russian ones.

The mullahs regime is responsible for the hatred against it no one else.
Iraqis should improve their relations with Russia. Russia is the dominant force in the Middle East today.

Russia and Iran are close allies.
I don’t think Pesident Putin would agree with your viewpoint.

So what has Iran ever done to harm you?.
The trouble in Iran is a reprise of the Ukraine.
USA funding discontent in Iran — any real discontent created by the vicious financial sanctions against it.
What came first the sanctions or the discontent?.
We know don’t we?.
All that is missing is Victoria Nuland and her cookies.

I believe that Russia’s involvement can help stabilize the situation in Iraq.
You can always blame others, but in this case only the mullahs regime is to blame fot the demonstrations against it, because The mullahs regime is a destabilizing factor in the region.

This is a lie and you know it. Demonstrations and protests in Iraq are nothing other than typical regime change operation.

The US certainly tried to overthrow Assad.
In Iraq, I think things are different.
I’m sure Russia can help Iraq.

Don’t listen to Tudor Miron, he is probably a KGB troll.

Yes, of course they are Regime changers and not paid by the Goeverment to support them.

They have just elected new politicians, which has promised some cleaning and many other things.

In stead they remain unimployed having fuel more expensive too.

They are lied for. USA and we certainly has no reason¨s for making any riots like that. The election, where it was possible, did very well as procedure,

Your assumptions seemes far out. It took very long time to unite for a Goverment and stability of any kind is more important then You usual accusations. 10% correct or something is a very low score for You.

Liar, Israel USA UK and saudi are destabilizing the region.

All these nations i have mentionned invaded a sovereign country in my lifetime. Iran has not.

Not everyone who doesn’t think like you is a liar.
Only fools like you think they know everything.
And only grumpy old men like you are so angry with those who don’t think like them.
puSSy old Mickey Mouse.

Both radical Saudis and radical Iranians are responsible for this.

Again the memey card of Concrete never was there or is still under constrution.

We incl. Denmark all had left and was called back, when thir miitary forces and a lot of other things were collapsed having ISIS almost all over.

So how much do You pay for being fucked? Do Your wife and children make the money for it with or without contraseption.

Did you lose your hair Chippo?

I agree in that part. Iraq has to outbalance too much, which is too hard work.

Having more then 400 dead ones does it. Why can that even happend – The riots and armed counterattacks by some militia.

Russia and Iran are not close allies at all.

So what reality are you living in Jens?
Clearly not this one.

I agree with the Mullah part, but I mainly believe corrupters and ineffective manegement in normal ME context should be replaced by almost anything else.

The crap I find hard to believe is the crap above you have just written….

Its very easy for paid rent a mob thugs to cause trouble when there are legitimate protests going on. We saw this in Ukraine, Syria

Its very easy to accuse about it too.

The Shi’ite Iraqi resistance to Iran is popular resistance.
The Iraqis are all opposed to the Iranian intervention in their country.
The mullahs regime is responsible for the hatred against it no one else.

However, your approach is simplistic. There are many factions in Iran. Iraqis just don’t want the more radical ones.

“There are many factions in Iran. Iraqis just don’t want the more radical ones.” – I agree.

Why would Shi’ites burn Sh’ite Iran consulate? I believe you are a “freeman.” Free of all reason.

Muslims should never attack anything….only in Self-Defense when they are attacked….Every Murderer & Rapist that calls himself a Muslim is a Filthy Liar….

That not what many priests and populations says. It would be nice, if it was like that.

Any Faith that calls for the Destruction of Man & Nature or acts on behalf of it..is Fake…if you Truly Believe in a Creator… then EVERYTHING is His Creation…and the TRUE Believer should RESPECT His Creation and not Piss on it…very simple

Its would be nice if things are as You wish. And no I dont believe in a creator like that.

I agree in the pissing as well.

I simply respect the Creation itself…

Whatever. Infidel is not used by non muslims. I am a total sekular.

I try to operate in facts. Many millions are like You believing about the creation and creations in very different way.

I feel fine about that need for a faith in at least something, but I think its wrong.

I always has wondered about several things about it.

1) Allah or the Christian God created the Human beings. So why are they not pefect living in peace and

2) Why is Eva the Wife to Adam not created by a part of him as in Christianity. To me Man and Women komplement each other and is a unit, which You insist in. Even so, the women according to Islam too often is a birtmachine only.

I cant remember in Christianity women has been that low for 1000 years even the equal rights among gender is new. Equal rights by the way is also among men as well as its among vomen.

No, I dont say You are an infidel, but its true I have left all religions because parts and especially in Islam is not allowed to bend into Sunni making sense.

Some Christians are like that too, but thats a bad excuse for no needed changes during time.

I dont call You anything unless I specify. Fine for me You respect the Creation. I dont.

I dont see myself as that.

I have gone to school 13 years and after that has beeen educated for 4 years working when I was not in school and given ecucation free but needed to take loans.

After that I have always worked getting paid for skills, hard work and paid pr hour. I am lower middle class here.

In a few bad periods I have been a kind of narcissist to protect myself. The rest is highly incorrect. I always has paid our high tax and have supported NGOs several times a year. Psycopats here are defined as contrats to making victims. I dont see that.

Nothing wrong in being a cunt, thats normal here. Actually humans has 3,5 billion conts among them, and now we have 3,5 billion + 1 :)

You are alright….BUT FUCKING QUIT PAINTING PAGES WITH WORD-VOMIT! That is Fuckn annoying…and is a clear indication of Mental problems of some kind

I agree in Freeman.

I saw exact the same from an Assad supporter yesterady telling Assads should compromise a little and join all arabs in Syria.

Everybody can see millions wont do that as well as its forgotten that 30% of the inhabitants are not even arabs.

Very typical 6 sheep diving a minus. Those minuses are as often, how they wish and only connected too good old days. Even the bad old days are forgotten.

Najaf? WTF is the US stirring up shit in Najaf for? 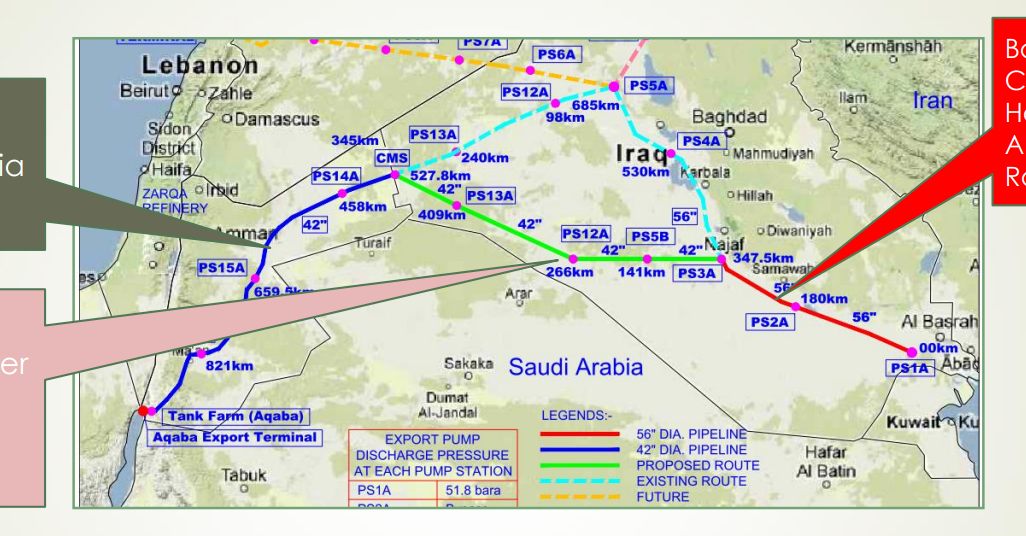 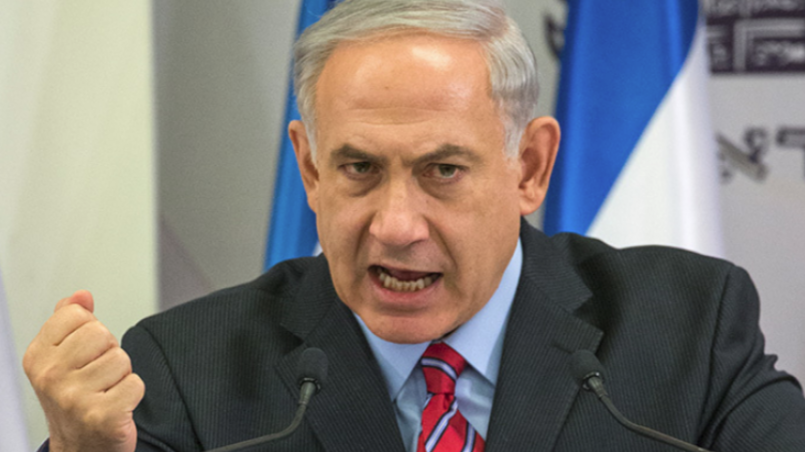 It seemes You dont know much about Najaf and also totally ignore the many other incedents.

Maybee the spelling for Idlib is not correct and should be Iblis,