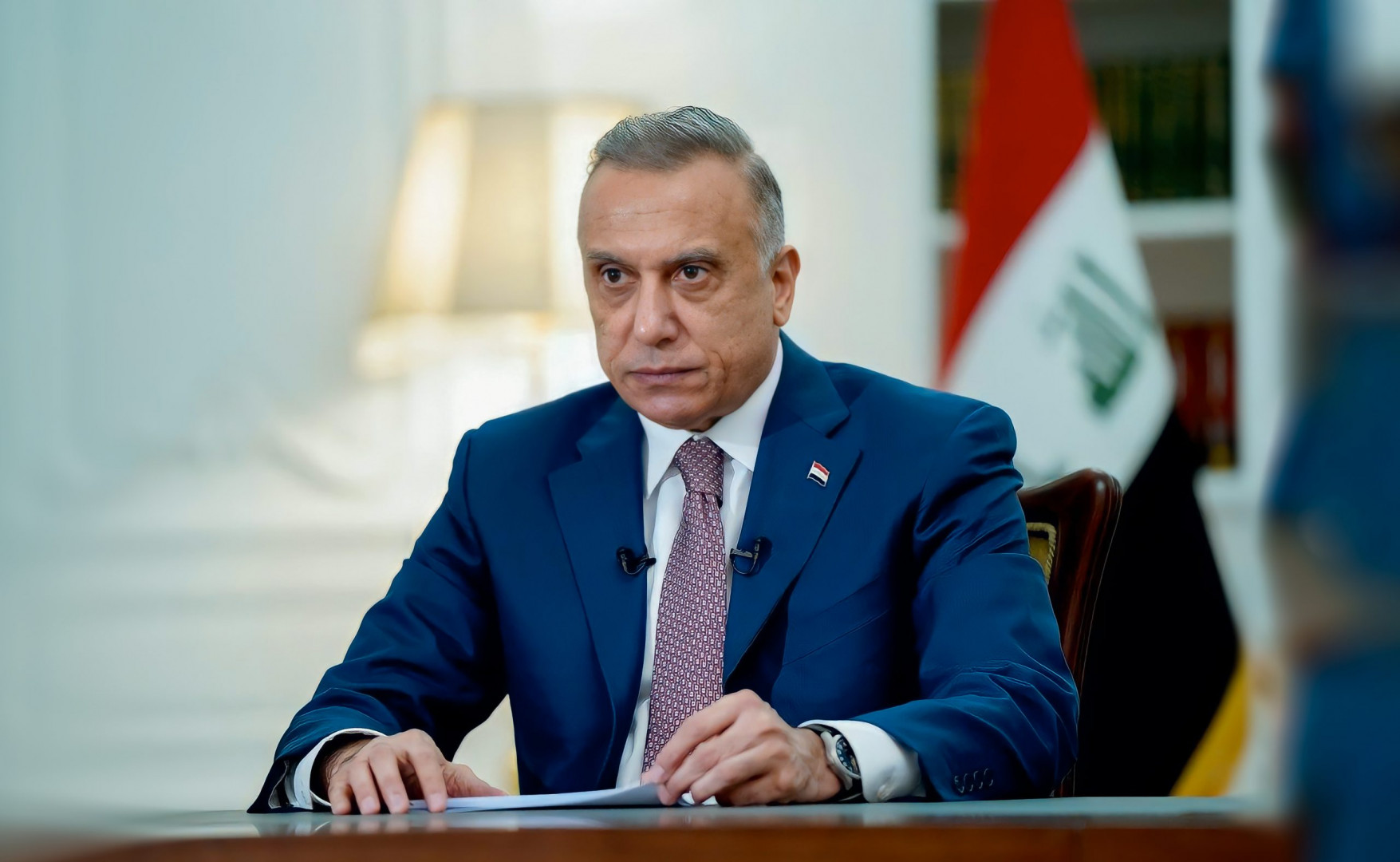 This is the latest step in weeks of “strategic dialogue” over the future of US troops in Iraq, attacks by Iran-aligned groups, and fears of a resurgence of ISIS.

At the top of the agenda for al-Kadhimi, the former director of the Iraqi National Intelligence Service who became prime minister in May 2020, will be attaining a final timeline for the withdrawal of US “combat” troops, a category that the Biden administration has yet to define.

A reduced role for the US military has been an increasing demand among Iran-aligned resistance in the Iraqi parliament and from influential Iran-aligned armed groups that partially make up the Popular Mobilization Forces (PMU).

On July 25th, al-Kadhimi told the Associated Press “There is no need for any foreign combat forces on Iraqi soil.”

“What we want from the US presence in Iraq is to support our forces in training and developing their efficiency and capabilities, and in security cooperation,” he added.

“The war against IS [ISIL] and the readiness of our forces requires a special timetable, and this depends on the negotiations that we will conduct in Washington,” he added.

“Iraq has a set of American weapons that need maintenance and training. We will ask the American side to continue to support our forces and develop our capabilities,” al-Kadhimi emphasized.

The Biden administration has not publicly detailed how it defines combat troops in Iraq and what the shift in policy would mean in practical terms.

There are currently about 2,500 US troops in Iraq, already predominantly serving in training, advisory and support roles. The Pentagon has repeatedly maintained that US troops are in the country temporarily at the invitation of Iraq.

In statements following a meeting in Washington on July 23rd, US Secretary of State Antony Blinken and his Iraqi counterpart Fuad Hussein both stressed their commitments to continuing to work together against ISIL while Blinken noted that “the partnership between the United States and Iraq is much broader and deeper than even the common fight against ISIS.”

It remains unclear exactly how Washington and Baghdad are defining combat troops and how many troops would actually be redeployed under the plan.

US and coalition officials have maintained that US troops are no longer accompanying Iraqi forces on ground missions and that coalition assistance is limited to intelligence gathering and surveillance and the deployment of advanced military technologies.

This guy is part of the problem,he should be telling the US to leave or they will leave i body bags.

“Hope” isn’t much of a plan. Al-Kadhimi needs to decide what is more important to Iraq; trade with the US or national sovereignty. He cannot expect to have economic cooperation with the US and at the same time demand US troops withdrawal. As it stands, Al-Kadhimi have no cards to play in this negotiation. The US have BOTH the carrot (i.e. economic investment) and the big stick (i.e. military).

Al-Kadhimi has only one card to play and it’s for national sovereignty. Economic investments will require US military occupation.

Wes negotiating a deal puttin the shyster ass on da chopping block…..this is part of the optics……Semite drama portrayal and Semite issues……being negotiated…..have patience people……Iran is in command. Always!

Ask the Taliban to remove the US from iraq !!