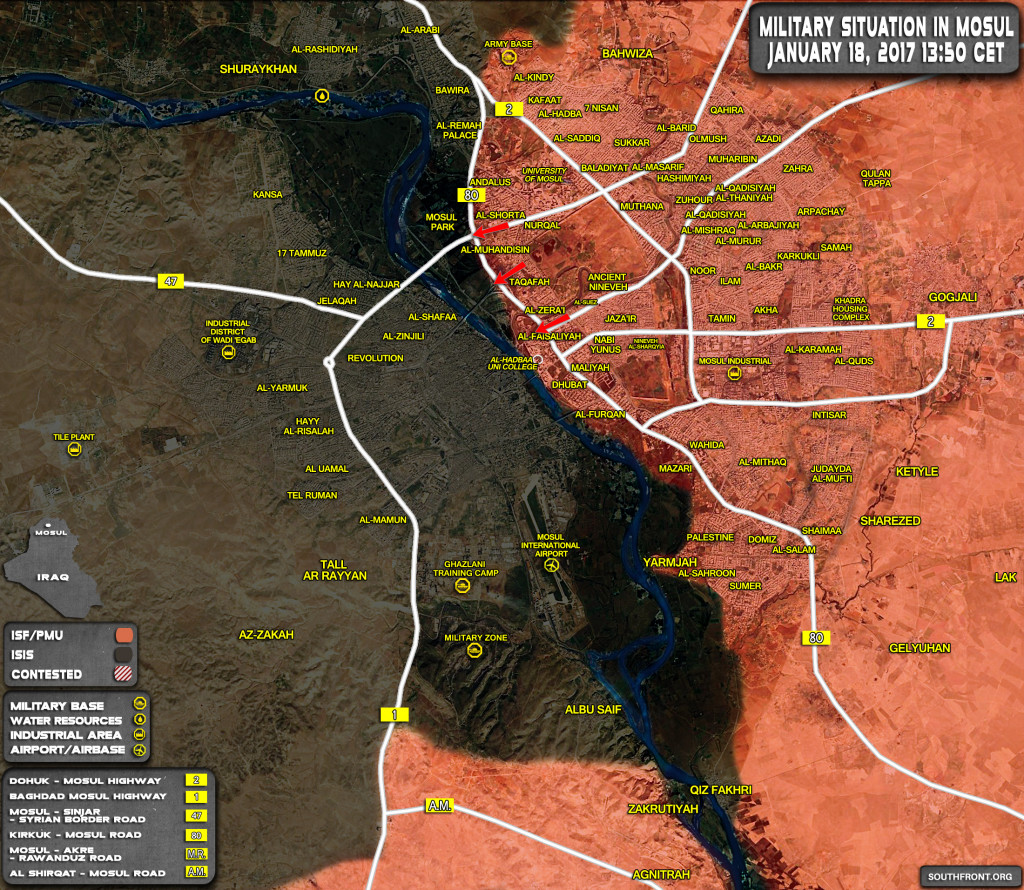 Eastern Mosul is almost liberated and only a few areas remain under the control of ISIS terrorists, Iraqi Prime Minister Haider al-Abadi said in a statement on Wednesday.

The statement says that “the basic military plan” for Mosul’s liberation had been completed “in most combat axes” and operations continue to liberate the Ghabat and Presidential Palaces area besides “a few other regions” in the north of Mosul.

Meanwhile, representatives of the Iraqi army’s Counter-Terrorism Forces told journalists at a press conference that they had retaken all districts assigned to them in eastern Mosul. 3300 ISIS militants have been killed since operations there were launched in October 2016 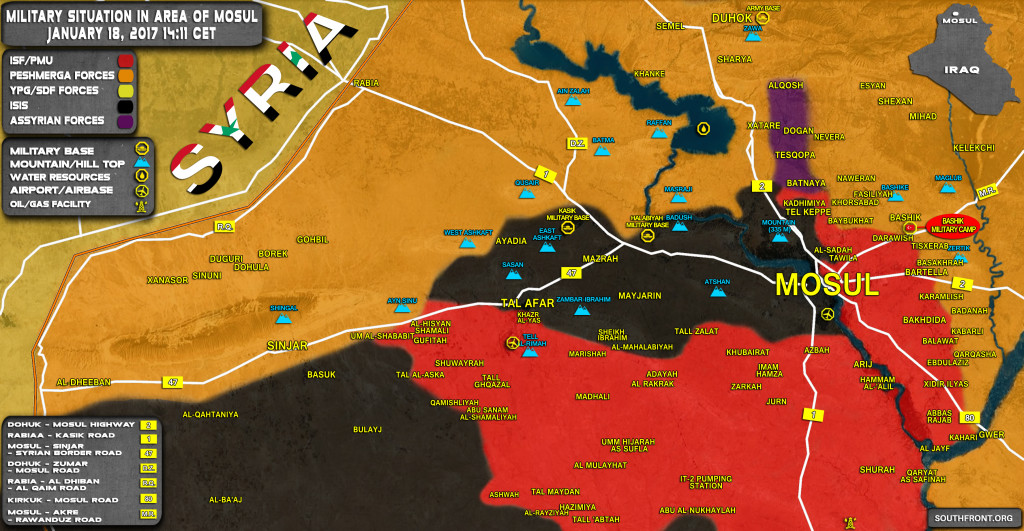 Because most of ISIS marched off to Syria to take part in Obama’s last hurrah? Genocide in Deir ez-Zor.

With the help of US Armed Forces.

This is great but aren’t there still over 700,000 people in Western Mosul, why are they acting as if the battle is over?