The Iraqi Popular Mobilization Units have repelled a seires of ISIS attacks in the area west of Tal Afar near the border with Syria, according to pro-government sources.

Since last weekend, ISIS units have allegedly made at least 3 attempts to attack PMU forces deployed in the border area but failed to achieve any gains.

According to pro-PMU sources, at least 20 ISIS members and 4 vehicles armed with various weapons have been destroyed in the clashes.

Meanwhile, the Iraqi Army, the PMU and the US-led coalition continued perparations for a large operation to retake Tal Afar from ISIS. So , according to the map , ISIS is operating in SDF territory . This is no real surprise , as the Kurdish are more to the north , and the American assets controlling SDF communications have simply
claimed more territory , than they actually control .

Are you referring to the yellow SDF area or the brown area when you say “ISIS is operating in SDF territory” ? I think the yellow area should really be labelled KDP – the Iraqi Kurds who support Barzani. The SDF/YPG doesn’t operate in Iraq except for a tiny area near Sinjar. 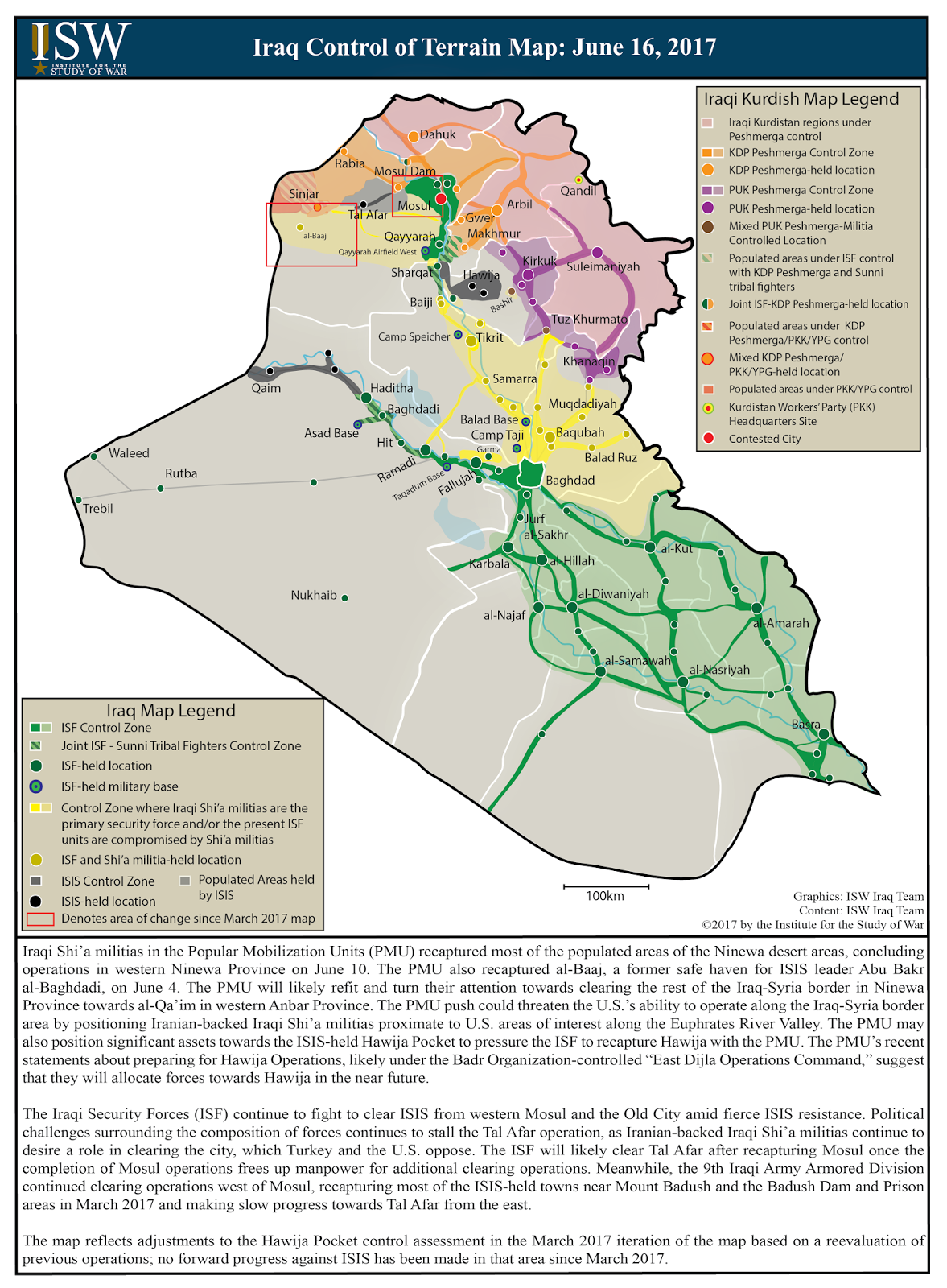 The Yellow area is PMU freed territory , so in order to attack they either come from the PMU area.

The area Yellow represents PMU orange and light orange represent KDP the mixed areas are controlled by tribal groups , Purple and light purple is PUK ,Green is Iraqi Army. Learn to read the map guess you never read one before , Scouts and the military it’s mandatory also if you are into camping or any other outdoor activity.

The clarity of your writing always amazes me! Thanks for the map reading tips…..

I was referring to the yellow area , which is either KDP , or PMU .
Thank you for correcting my error , as the Kurdish in Iraq are a very different group than the Syrian Kurds .

That area is PMU in the Yellow Sinjar is much further north.