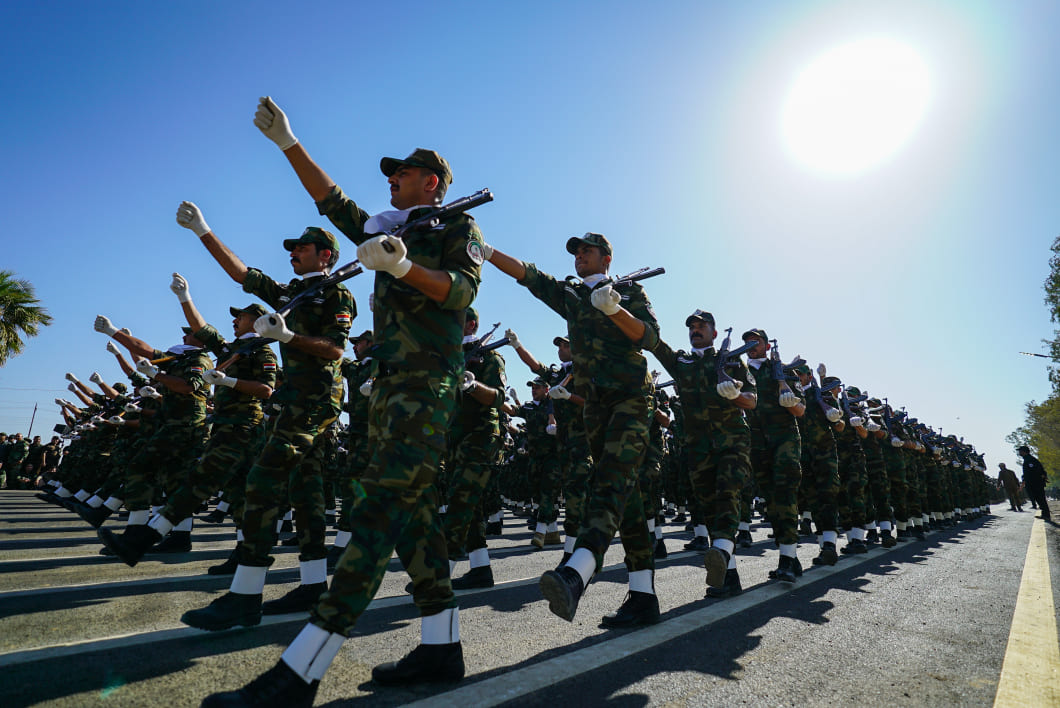 On June 26, the Iraqi Popular Mobilization Units (PMU) held their first ever parade to commemorate the seventh anniversary of their establishment.

More than 20,000 fighters took part in the parade. Originally, the parade was set to be held in the capital, Baghdad, on June 13. However, policies pressure led to a number of delays. The parade was also moved to the central province of Diyala.

The PMU parade was attended by Iraqi Prime Minister Mustafa Al-Kadhimi as well as senior officers of the Iraqi military.

#BREAKING
❗The soldiers of the Directorate of Shields are displayed with modern armored wheels that appear for the first time in the formations of the Iraqi security forces 🇮🇶⚪. #PMU #Iraq

During the parade, the PMU also showcased its drones for the first time ever. Most of the drones were types spotted before with Iran allies in Lebanon, Syria and Yemen. However, the surprise was an Iranian-made Qods Mohajer-6 combat drone.

The combat drone, which was presented in 2017, has a range of 200 km and an endurance of up to 12 hours. The PMU drone was armed with two Qaem guided munitions.

Iraq
The Popular Mobilization Units displays an Iranian “Muhajir 6” drone during a military parade of its forces to celebrate the seven-year anniversary of its founding pic.twitter.com/XV4H5yjX0i

Surprisingly, after the parade the PMU released a statement in which it denied that a combat drone was presented. The coalition was likely attempting to hide Iran’s involvement.

The PMU was formed seven years ago to combat ISIS. The terrorist group has been defeated. However, the Iraqi coalition, which has been strengthening its capabilities with Iran’s help, is now fighting alongside government forces against the group’s cells in different parts of Iraq.

US losers are in trouble

It also shows the daily growth of Iranian and Axis of Resistance influence across the region. The Iraqi PMU like Hezbollah in Lebanon and Ansarallah in Yemen are the defacto armed forces of the country. It is time for all resistance groups to unite and expel the US invader losers from the region and then chop off the Zionist cancer.

I was thinking boycott SF until they set the comments up to block your ass.