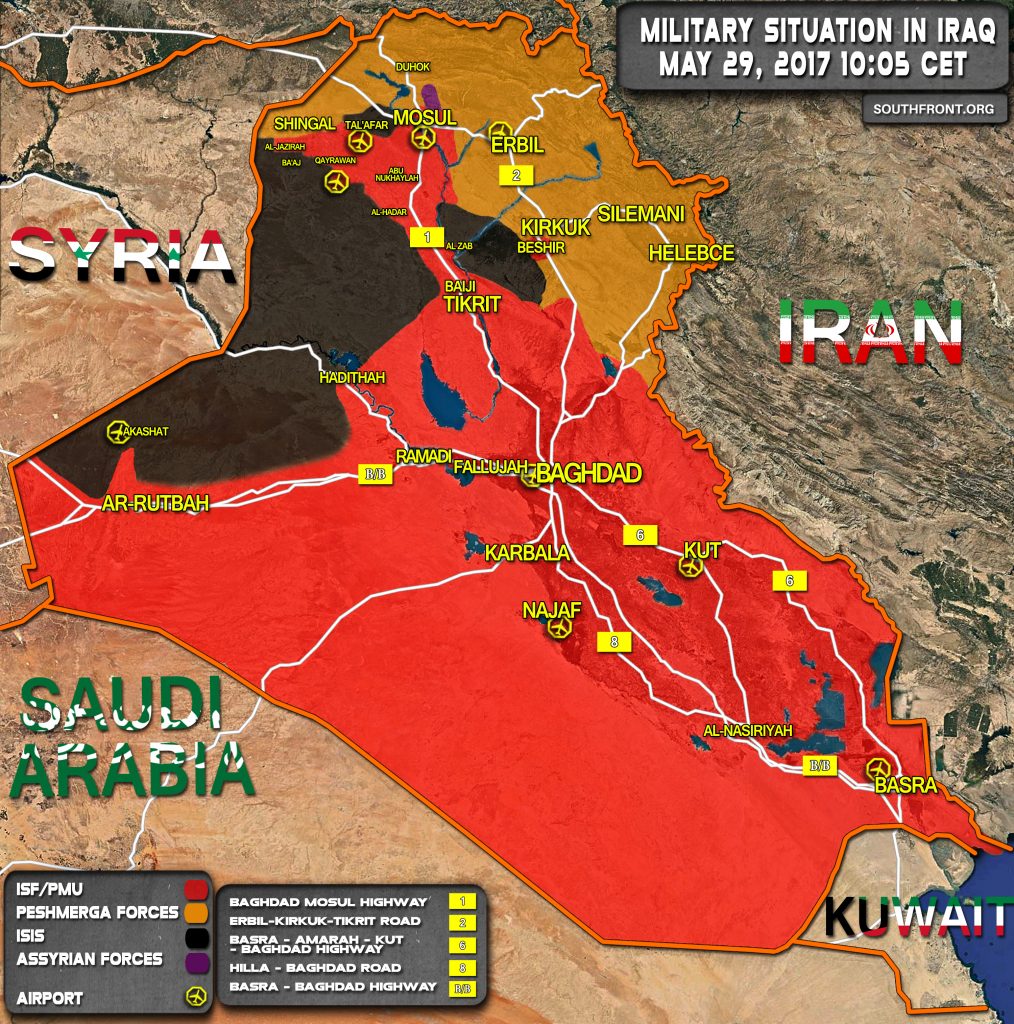 The Iraqi Popular Mobilization Units (PMU) are rapidly pushing towards the border with Syria amid an intense fighting with ISIS terrorists.

The PMU has reached the ISIS stronghold of Baaj  in western Nineveh and now is preparing to storm this important area. If it’s liberated, the PMU will get a defacto control over a part of the Syrian border near the area.

Meanwhile, the Iraqi Air Force has carried out airstrikes inside and around Baaj town, killing at least 29 ISIS members.

Meanwile, Iraqi security forces are preapring for a final push on the ISIS-held area in western Mosul. 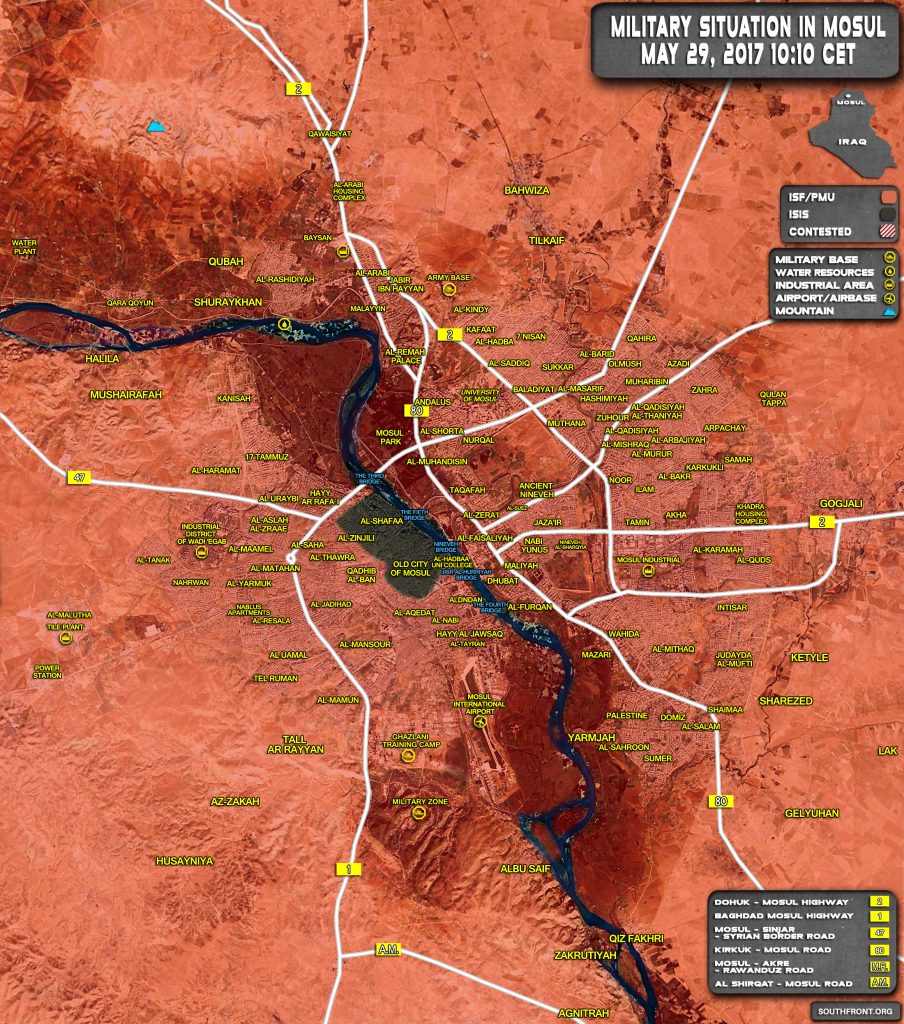 I just find your blind support to Iran suspicious and sad

The article isn’t about Iran.

you are a complete moron with zero reading comprehension, maybe you should start out with comic books you putz

Your blind suspicion of Iran , I find sad for you , or maybe , you might want the jihadists to win America’s war against Syria . You should know the PMU’s also have Sunni and Christian units . They at least know that the FSA and ISIS are dog mercenaries claiming to be religious .

So the west (jews) tried to destroy and weaken Iraq,Syria,Lebanon,Iran by proxy wars waged inside their countries (discount Iran) and instead it backfired magnificently and if Assad wins in Syria this will create a new Shia crescent from Lebanon to Afghanistan.The wahhabi warlords of Saudi Arabia will not be happy about this,they’ll have to start buying even more weapons from us if they want to keep Yemen and Bahrain under control now.The tide is turning in the middle east as Iran becomes more powerful than ever before,wouldn’t surprise me if we start ww3 in 5-6 years because of Iran’s growing power.