On September 5, Ahmad Khurshid a member of Al-Hawija local council said that over 330 ISIS fighters escaped with their families from the besieged Al-Hawija area to the Iraqi Kurdistan region. “They escaped. ISIS members were transported by Peshmerga buses to al-Debs region, than to areas inside the Kurdistan region” Khurshid said.

Khurshid also said that ISIS fighters were escaping because they didn’t trust their commanders anymore. Many Iraqi sources claimed that dozens of ISIS commander’s families escaped from Al-Hawija area in the last few days.

The Peshmerga participation in the upcoming Al-Hawija battel becomes highly doubtable after Shikh Mustafa statements. In the same time, the Iraqi Popular Mobilization Units (PMU) have not announced its position on the Al-Hawija battle yet.

Some experts believe that both forces –Peshmerga and PMU- might not take part in the operation. hope they are quietly executed inside.

“ISIS members were transported by Peshmerga buses” They didn’t “escape”, they were given sanctuary!

Maybe they made a deal? Maybe the Peshmerga are made up of Republicans? (virtual cookie for the reference)

After the busses they will be tranformed to be chinese below their artificial eybrowes. They are already working hard to eat with chopstickers. One or two already has lost an eye.

The Farney Fontenoy
Reply to  Barba_Papa

That’s my point, they didn’t slip through their fingers, it was an agreed & accommodated withdrawal.

No, they wasnt. You assume that, because You are programmed from birth like that and no other options are avaiable. 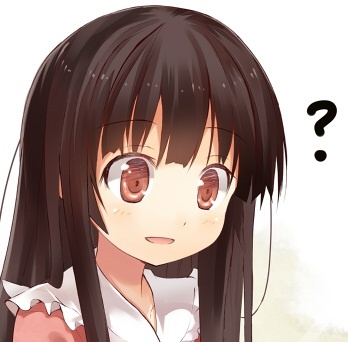 I just saw an interesting bit of news today. China is expected shortly to launch a crude oil futures contract priced in yuan and convertible into gold! This could be seen as a massive attack on the dollar. Anyways, here’s the link for everyone who’s interested….. https://asia.nikkei.com/Markets/Commodities/China-sees-new-world-order-with-oil-benchmark-backed-by-gold

Maybe China’s way of letting Trump know that if he thinks he can slap China with sanctions on trade with China over North Korea, they have the means to now pull the rug from underneath the US dollar?

Far out. Chinese has had plans for a try for this several years, but havnt big enough as well as competent to it.

Nothing to do with Trump at all. If they have succes, they will get more control over their part of the market. Makes sense.

I know…. isn’t it lovely!
ANOTHER attack on the dollar!
Soon – US dollars will be collectors’ items.

Its a very attack on the dollar. Americans make most of them themselves. The whole world has a problem with the Yuan being too low and their wages seemes to get up.

So if the Yuan goes up, they cant sell. It also will go up and they cant export as easy. so the solution can be they raise their homemarktet making more chinese in ahigherliving standard.

If only i had enough money to be able to invest!

We all wish them luck.That part of China is the free world part of them. But it doesnt matter much, because China use that oil themselves.

YES, and all of them Kurdish, so they won’t kill them.

Woodpicker again. You could make a factory by selling Your fertilizer instead of using it here. What a smell.

Can you post a real comment or are you one of these illiterate bumpkins in Europe. Sounds like you shovel horse shit for a living heard it was a time honored tradition with some of the bumpkins there.

Wait a minute here… CJTF-OIR and US commanders allowed the Peshmerga to make a deal with ISIS and then allowed the ISIS bus convoy to travel to a safe area? No bombing? No starving them to death? No 24/7 drone surveillance? How is this different then the Hezbollah deal in Syria?

It was in this instance an ‘exceptional US idea ‘ from the Land of the Free and mentally challenged :)

Think you meant ” from the Land of the Feuds and the home of the enslaved!”

That as well :)
The sooner the feuds in the US breakout into open civil war the happier I will be :)

These were likely Kurdish ISIS members with their Families making a deal with the Barzani’s in order to save themselves from being jailed by the Peshmerga since they only kill Arabs. The Iraqi Forces might have done a tit for tat move by executing a bunch of Kurdish ISIS members since these ones like the Peshmerga have a lot of blood on their hands.

Good point.like you said a few days ago.

even 3 year children told by their grandparents would believe that. Like a woodpicker eats wood.

Seems you are Bumpkin and you learned to shovel your horseshit comments very well , mind you they are boring and show a low education standard exists from your rural region of pig farmers.

Hypocrisy in politics? Say it ain’t so!!!

Seriously though, I can think of one difference though. In the case of the Hezbollah deal the ISIS members were going to ISIS territory and all likelihood would fight on from there. In this case the ISIS members would leave the fight.

Yes siree! It seems here the us doesnt want too much bad blood between kurds and headchoppers so that latter dont launch guerilla attack on kurds when it becomes their land in future .and also us want to make up for bad publicity of hezbollah buses fiasco.

With heBollah us might have stuffed it up and really dont care if any bad blood btwn headchoppers and hezboll and syrian army anyway.also they had to act tough their with headchoppers to please israel so no one parleys with hezbol in future.

What do you think?

Pave Way IV must have a vertical memory lack or just being an evil person.

The one that wasn’t personally approved by President Asaad of Syria was the good one!

We dont know. As Irecall it Peshmerga detain all from ISIS and real warriors hard just as in Syria.

If so, its a very big difference for the Hesbollah trade, which in its own way make sense too.

All US goons under different banners, so I can imagine that the US wants some troops with combat experience in their “Kurdish” army, just like in the last days of WW2 the US imported Nazis en masse. Nothing surprising here.

Yes they did.Helped them escape to us aus canada andbsth america as well.especially the smart ones who showed us how to make rockets to get to moon!

Thats probatly why so many boats are stolen in Turkey and Tunesia.

Thats right. Next week they will smash the turkish border defence by Abrams and try to take Ankara by surprice. Their children will have the best flags You can get in the world and announce Öchelan or Gülen as the answers of today to Sulhedin. Their mothers will – for pay – make their next children as mix up to integrate turks.

If more deflect the women there probatly would take Quam and volunteer as extra leaders of that religios outfit.

Escaped my ass. They were assets being evacuated.

Could be! Any ideas why you think this? Do you or someone you know have experience on the ground another time and place? Ie another country another war?

Some opened their brains, took some out by spoon and closed it again. It was used in the ISIS drone program.

hahahada. No wonder that area is low in most things catched by own propaganda. hahahhah.

they will change uniforms wear SDF ones and become Kurds fighting for their country. I lost total respect for the Kurds.they suffered from ISIS….countless murdered ,raped…and now…they help them to escape the ‘evil iraqis’….you deserve whats coming to you (Us will sell you off since in a while wont need you, Russia Turkey and Syria will wipe you out of the map)…..

Yes you are right.Kurds traditionally not friends to christians in turkey one hundred years ago or even now.see how they now kill and police and assyrians in the towns a few days ago.someone even said alot joined headchoppers anyway.barzanin kurds in Iraq now turk collaborators anyway.

Something is totally mixted up.I hope you are not an unimployed cook.

So what are u saying?i do not understand.

Hahahahaha. You assume they are just as stupid as Yourself.

Now Kurds welcome ISILs?
I thought they were supposed to be killing them?
Perhaps they’re letting them in to go Israeli on them – you know – use their kids for target practise?