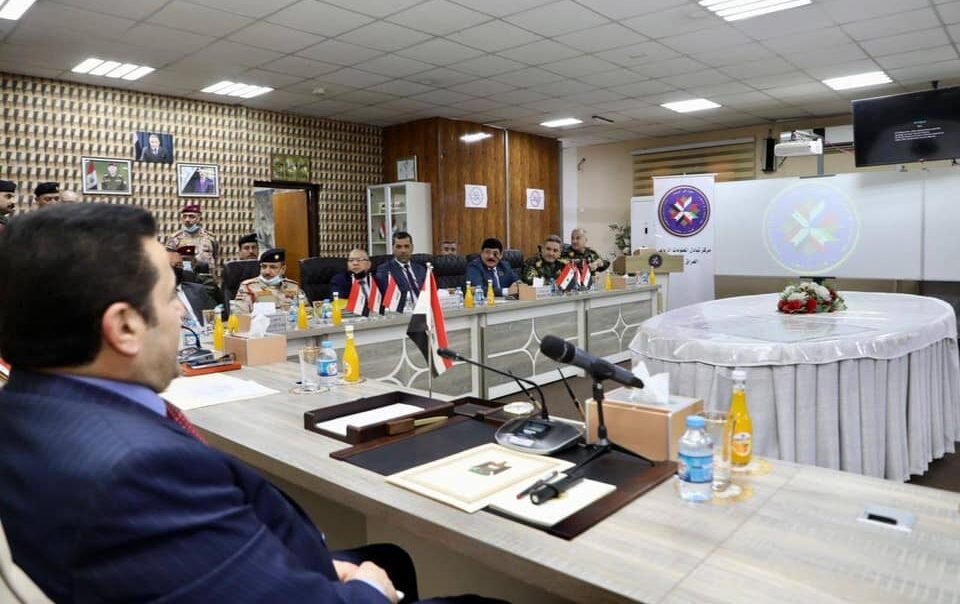 On February 24, Iraqi National Security Advisor Qasim al-Araji paid a visit to the headquarters of the Russia–Syria–Iran–Iraq (RSII) coalition in the capital, Baghdad.

According to a statement by al-Araji’s office, the security situation along the Iraqi-Syrian border was discussed during the meeting. The advisor raised his concern over ISIS recent attack on al-Hasakah prison in northeastern Syria.

Hundreds of ISIS terrorists fled the prison, that is run by the US-backed Syrian Democratic Forces (SDF), as a result of the attack.

During the meeting, al-Araji warning of a plan to reinstall terrorists along the Iraqi-Syrian border and questioned the SDF’s ability to guard the Syrian side of the border line.

“Al-Araji stressed that Iraq will not allow terrorist groups to be on its borders, stressing that Iraq will not deal with terrorist groups, but rather with legitimate, sovereign states and governments …  He also pointed out that happened in Al-Hasakah prison and the terrorists’ control of the prison for a whole week is evidence of the inability of the SDF to protect this region,” a statement released by the al-Araji’s office reads.

Al-Araji also said that the RSII coalition, which was formed at the height of the war on ISIS in 2015, will continue to work and exchange information.

The RSII coalition includes military and security representatives from Russia, Syria, Iraq and Iran. Hezbollah is also considered an unofficial member of the coalition that was formed to exchange intelligence and coordinate against ISIS.

Al-Araj’s visit to the headquarters of the RSII coalition highlights Iraq worries over the situation in northeastern Syria. The SDF and its main backer, the US-led coalition, are yet to take strict steps to end ISIS presence in the region and secure the border with Iraq.

Watch the lying Turks, they occupied Cyprus/Syria/Iraq/Armenia and dare to open their filthy stinky mouth backstabbers.

Erdogan u are such betraying liar go to ur goats and take ur orders from Tel-Aviv London and Washington u fake Muslim!!!

Syria, Iraq and Iran should knock on Turkeys doors and showing them the bill they deserve.

The turkish dog without NATO is a little dog, all Nato members hate Turkey its just the location of Turkey which is important for NATO/NAZIS and the turkish little dog is to scared to leave NATO without its pack of hyenas, he wont bark anymore!!!