The recent US heliborne operations in Huweija, Kirkuk province, were aiming to help the terrorists of ISIS. This was divulged by the representative of Iraq’s State of Law Coalition at the parliament Awatif Naima. 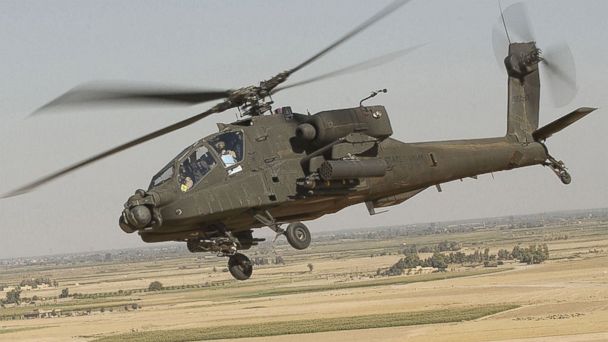 Naima revealed on a press conference that the Iraqi army, security and volunteer (Hashd al-Shaabi) have witnessed continuous droppings of aids consisting of food and arms packages by the US aircraft. According to the witnesses the aids were meant for the ISIS terrorists.

“The American forces have recently expanded their heliborne operations in Huweija, Beiji and Sharqat in the Northern parts of Salahuddin province with the goal of assisting the ISIL terrorist group,” Naima said.

A number of occasions of US and its allies supporting ISIS in different circumstances are well-known after being revealed by the Iraqi officials. All of them were under the pretext that US was fighting the Takrifi terrorist group.

Only in October the Iraqi forces discovered and seized US-made military hardware and ammunition in captured terrorists’ position, in the Salahuddin province, in the town of Beiji, and in the Fallujah region in Al-Anbar province

The missiles, found there were brand new and the ISIL had transferred them to the regions to use them against the Iraqi army’s armored units.

“The military hardware and weapons had been airdropped by the US-led warplanes and choppers for the ISIL in the nearby areas of Beiji,” military sources told FNA.

In February, an Iraqi provincial official made a statement, lashing out at the western countries and their allies for supporting Takrifi terrorists in Iraq, repeating that US airplane continue to send aids to terrorists of ISIS.

“The US planes have dropped weapons for the ISIL terrorists in the areas under ISIL control and even in those areas that have been recently liberated from the ISIL control to encourage the terrorists to return to those places,” Coordinator of Iraqi popular forces Jafar al-Jaberi told FNA.

Also in February, a senior lawmaker disclo9sed that two British airplanes were shot down as they were carrying weapons for ISIS.

“The Iraqi Parliament’s National Security and Defense Committee has access to the photos of both planes that are British and have crashed while they were carrying weapons for the ISIL,” al-Zameli said.

An explanation was asked but the without any success.

The following months, Iraq has also sent accusations towards the west in regards of US-made weapons found in ISIS-controlled territories, and aid droppings from anti-ISIL coalition’s planes.

Iraqi officials claim that ISIS survives thanks to western countries aids and weapons.

“The international coalition is only an excuse for protecting the ISIL and helping the terrorist group with equipment and weapons,” Jome Divan, who is member of the al-Sadr bloc in the Iraqi parliament, said.

Iraqi Parliamentary Security and Defense Commission MP added that the US and the international coalition are “not serious in fighting against the ISIL organization, because they have the technological power to determine the presence of ISIL gunmen and destroy them in one month”.

Everyone knows the USSA is in the hands of the atheist-CIA. CIA is in the hands of Mi6 and Mossad. All working overtime to bring the Faults-christ onto the seen, who will genocide 1/3rd of the earths population, and give everyone a mark, the mark of the beast. Anyone who takes this mark, will be guaranteed a one way trip to the lake of sulfur, thus saith the Lord.