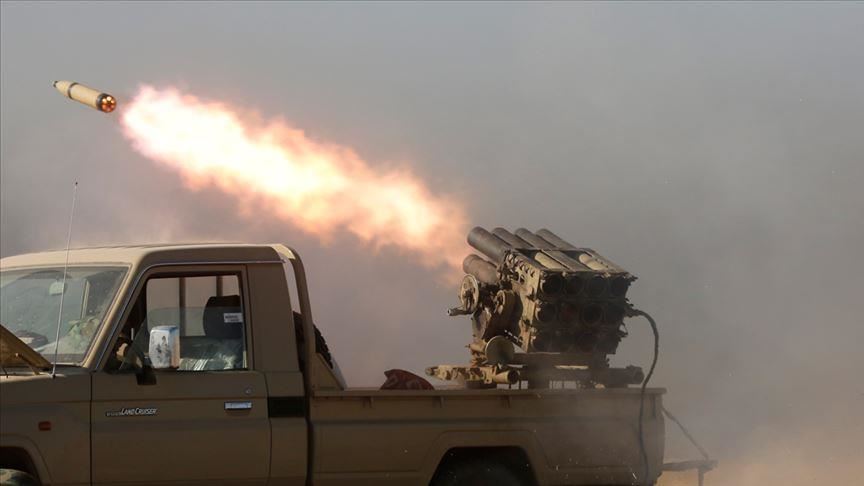 Late on April 8, the Iraqi military foiled a rocket attack on Ain Assad Air Base, where US troops are known to be deployed.

The Security Media Cell said in a statement that a vehicle with a hidden launcher loaded with 24 rockets was found parked near the base, which is located in the western province of al-Anbar. A number of military uniforms were also found in the vehicle.

According to the statement, investigations are undergoing to determine the side responsible for the attack attempt. Legal action will be taken against the preparators.

Sabereen News, a Telegram channel affiliated with pro-Iranian groups in Iraq, released photos of the improvised rocket launcher. According to the channel, the launcher was loaded with 24 Grad 122 mm rockets. 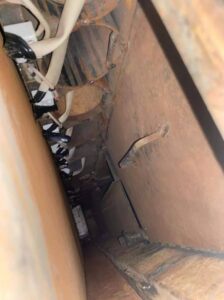 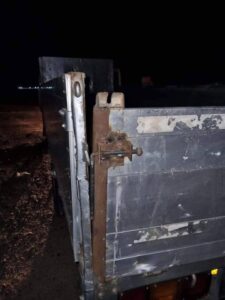 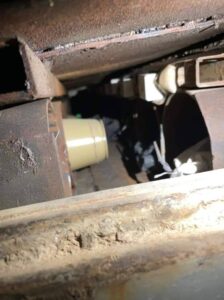 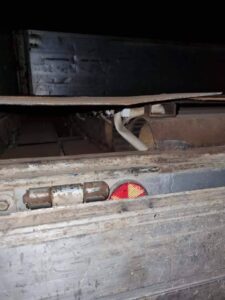 A group calling itself Khyber Brigade shelled Ain Assad Air Base with a salvo of Iranian-made Arash-4 rockets on March 3. An American contractor died during the attack, allegedly from a “heart attack.”

A recently-leaked Iraqi defense document revealed that 3,100 US troops are currently present in Ain Assad Air Base, where dozens of warplanes and several air-defense systems are deployed.

The attack attempt on Ain Assad was likely the work of pro-Iranian groups, which have been attacking US troops in Iraq since the the assassination of Abu Mahdi al-Muhandis, Deputy-Commander of the Iraqi Popular Mobilization Units, and Iran’s Quds Force Commander Qassim Soleimani more than a year ago.

the zionist troops will never leave unless defeated on the battlefield.period.that goes for syria too. and just as in syria, treachery is used as modus operandi by british zionism to stall any possibility of kicking out the invading and occupying forces of british zionism.

In iraq, it is the sunni clique, just as centuries ago saddam husseins clique of Tikirit. In syria, it is the treacherous zionist pig putin, who for years now is not only stalling any possibility of CONFRONTING the invading and occupyinf forces of nato-british zionism (turkey and usa foremost) but even making written agreements with british zionism (turkey) for the invasion and occupation of syrin soil.

Only a madman who has lost all his senses, or a TREACHEROUS ZIONIST PIG can come up with the idea and to the conclusion, that an invasion by nato troops of turkey of syrian land will benefit the current legitimate government of assad.

and for all the 99% zionist brainwashed dummies…….where did putin come from….in what ORGANIZATION did he grow up and made his path to the russian presidency???

and any fool knows that the “soviet experiment” of communism was a through and through british zionist operation..starting from 1917 onwards, when the true russian leadership was murdered including the small kids…and a massacre of immense proportions in the russian population occured from 1917 to 1935, were the so called “red” forces of communism murdered 35 million russians……and since that day, russia is ruled by british zionism.

And the coming global nuclear exchange between east and west, is a controlled theatre play for YOU 99% dummies…..

what you 99% dummies have been witnessing for 70 years+ is a theatre play by british zionism on a world wide scale………..it is the oldest modus operandi out there being used..

There is no good usa or bad usa or good china or bad china or good russia or bad russia….there is just the satanic british zionist agenda of a one world government, you dummies.

funny. putin believes so….. he was the first to “stretch” out his hand to bush and his support for the “war on terror”………

Again for the 99% zionist brainwashed dummies…..

James
Reply to  klove and light

If Putin was a Zionist he would have capitulated to the West long ago. Everything he has done has been to support the Russian people and resist Zionist influence.