On October 20, the Iraqi military announced that the joint anti-ISIS forces have liberated 18 villages since the start of operation in Mosul countryside. Over 100 ISIS militants were killed during the operations. The main gains were achieved southeast of the ISIS stronghold.

The ISIS-controlled towns of Bartallah and Bakhida are now the main priority of the Iraqi forces.

At the same day, the Iraqi Air Force’s airstrike killed Wa’ad Youness, ISIS Governor in the Sahl region of Nineveh province. The event took place in the area northeast of the ISIS stronghold of Mosul. 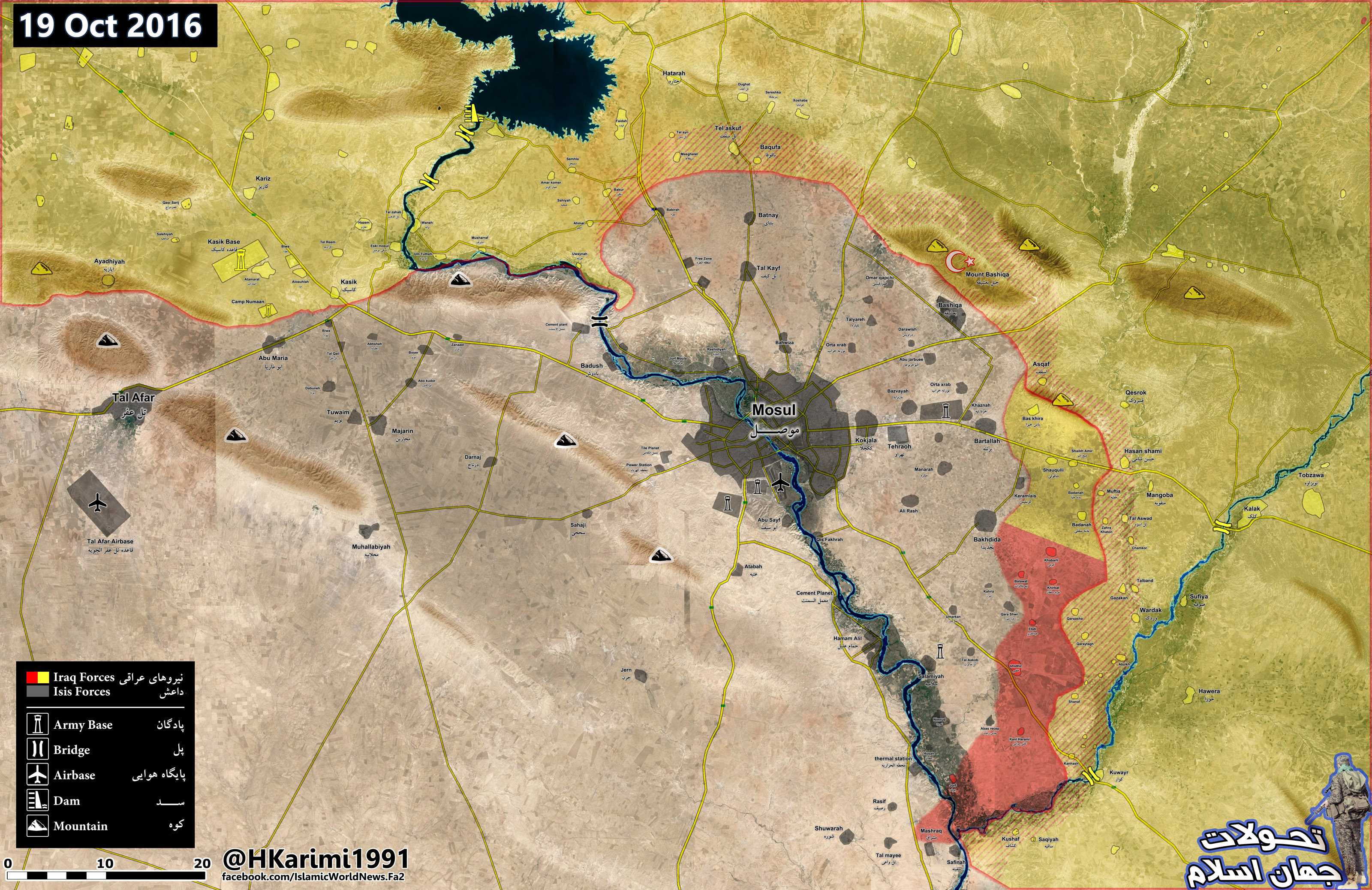