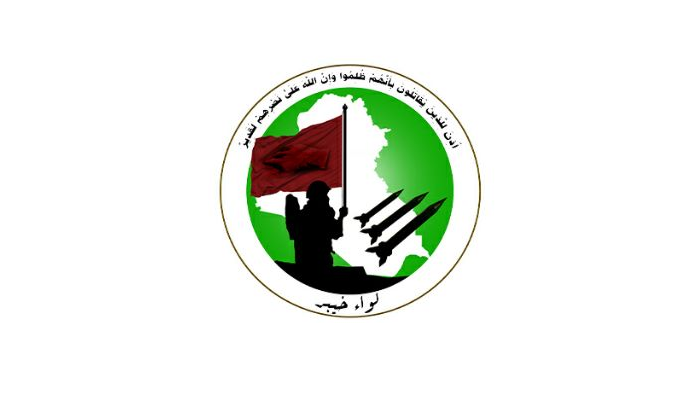 The official banner of the Khyber Brigade

On March 20, the Khyber Brigade shared photos of some of its rockets in what appears to be a threat to US forces in Iraq.

The pro-Iranian armed group was behind the March 3 rocket attack on Ain Assad Air Base in the western province of al-Anbar. An American contractor died in the attack, allegedly from a “heart attack.”

According to Iraqi sources, the Khyber Brigade used more than ten Arash-4 rockets in the attack on Ain Assad Air Base. The rockets were fired from an improvised launcher hidden in the trunk of a mini truck. 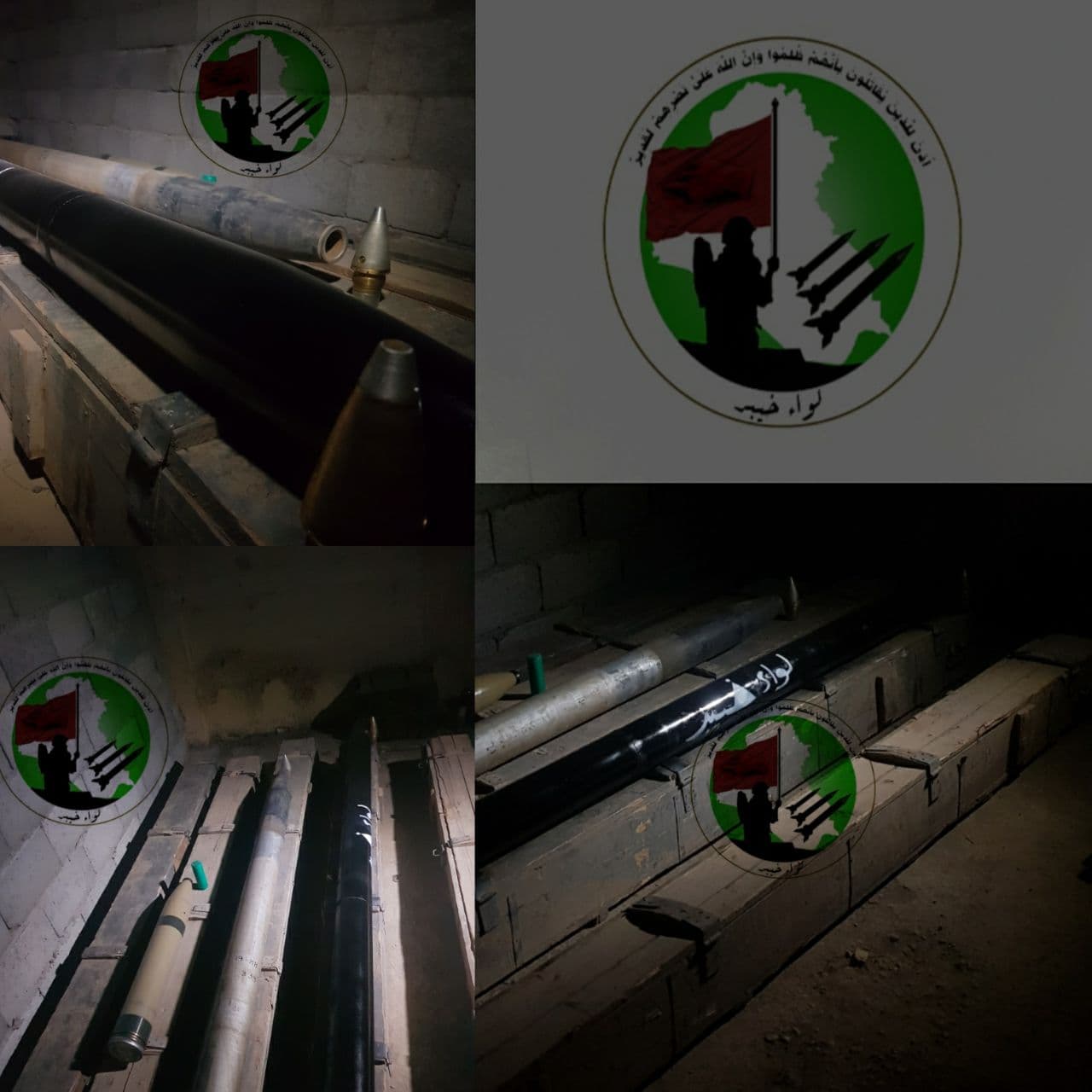 The Arash-4, made by Iran’s Defense Industries Organization, is a 122 mm rocket with a range of 40 km and a HE-FRAG [High Explosive – Fragmentation] warhead.

The Khyber Brigade is one of several Iraqi groups which emerged in after the assassination of Abu Mahdi al-Muhandis, Deputy-Commander of the Iraqi Popular Mobilization Units, and Iran’s Quds Force Commander Qassim Soleimani.

Pro-Iranian groups have been attacking US bases and supply convoys in Iraq for more than year now. The aim of these operations is to expel US forces from the country.

Constantly calling those Iraqis fighting to liberate Iraq as pro-Iranians is offensive, unfair and untrue.

It constitutes West’s hypocrisy of cheating the world that Iraqi’s are comfortable with US-led occupation, rape and plunder, only that the “bad, revisionist Iranians” are sabotaging US’s good deeds. Its an insult to most Iraqi’s

In this case it’s not West’s hypocrisy,it is SF,

Well number one is You dont define and represent Iraq at all. The Bagdad Goverment does it and as well as it goes.

I see no occupation, rapes and plunderings as well. The normal procedure where I live is to accept the governess even Im in the loosing part. Next I will try to be winner at the next election. Those are the ones, whcih has decided how thiongs are. Here USA is a very nyéw player in a conflict from where the Choran was written in sevral versions 13-1400 years ago.

You still has solved that and never will. But dont blame us. We have Our own problems by Our religion and sekularisme as well.

What else would you expect and imperialist, degenerate entity built on lying, cheating and stealing?

And the hapless red-necks applauded. They should know that when the US government has no one to cheat and steal from, it will steal from them.

Why don’t you directly ask SF?

Well, give them some better name.

MOSCOW, March 15. /TASS/. Russia’s latest Grom (Thunder) unmanned aerial vehicle (UAV) will be capable of controlling a swarm of 10 Molniya (Lightning) small-size drones in their reconnaissance and strike configurations with the option of altering their flight assignments, a representative of Kronshtadt Company (the Grom developer) told TASS on Monday.

“Reconnaissance drones are capable of flying back. Strike drones, as in the case with loitering munitions, are kamikaze UAVs. Molniya drones will constantly interact with each other and the carrier drone,” the Kronshtadt representative informed.

The Molniya is optimized for its use in a swarm of drones, he said. “Molniya drones constantly exchange data among themselves. It is possible to alter an assignment for each member of the swarm. They can transfer leader roles and are inter-changeable. Artificial intelligence allows a group of drones to fulfil its assignment without constant communications with the carrier aircraft,” the company specified.

A TASS source earlier said that the Grom would be capable of controlling a swarm of ten Molniya UAVs and would also be able to carry Kh-38 air-to-surface missile in its own strike configuration.

As the data of Kronshtadt Company suggest, the Grom drone has its own strike capabilities due to the presence of four hard-points: two under the wing panels and two inside the fuselage. According to official data, with a take-off weight of 7 tonnes, it will be capable of delivering a payload of 1.3 tonnes to a range of 800 km. The Grom will also be able to employ a wide range of armament, in particular, a new ‘item 85’ smart air bomb and KAB-250 and KAB-500 guided air bombs.

Give them the Kab-1500 bomb, very powerful, can wipe out a whole convoy ;)

The Russian drones are much heavier than western counterparts, and carry much heavier munitions, I don’t know about a 1500 kgs bomb, maybe the Okhotnik, they specify Kab 250 and 500 bombs which is a powerful delivery from a drone.

I wonder when the new Kab 3000 will come, just a little under the already existing FOAB, the Su-70 is a heavy drone that can carry such heavy bombs

You need a mix of weapons that can make an air strike effective instead of one Big Bang strike. FOAB is good counter weapon against a tactical nuclear weapons exchange, without crossing the nuclear threshold. Tu 22 and T160 most likely will carry the FOAB, since fighter bombers do not have hard points to carry 7 ton weapon. Maybe the Suk 34 can be configured to carry this weapon since its overall payload is 10 tons.

I understand but if you have like a brigade piled up, one big bang will do enough

An ideal combat testing programme could be used in Ukraine , if NATO sets the Ukraine on fire again. :)

Nothing Iranian about that

More like those people are a results of lack of birth control. They should compensated and rewarded. Couples had fun making those spendables.

Burn all the anglo-jewish satanic outposts and deliver some beautiful NUKES to ALL anglo-saxon SCUM countries populated by anglo-saxon paedophilic MAGGOTS and wipe israhell too for to get rid of all monkey rejections from Earth! Amen!

If we were like You, You would not exist.

Those FBI in pentagon makes them as herasments to the Iranian people and half or some 10 of 8 in the whole world.