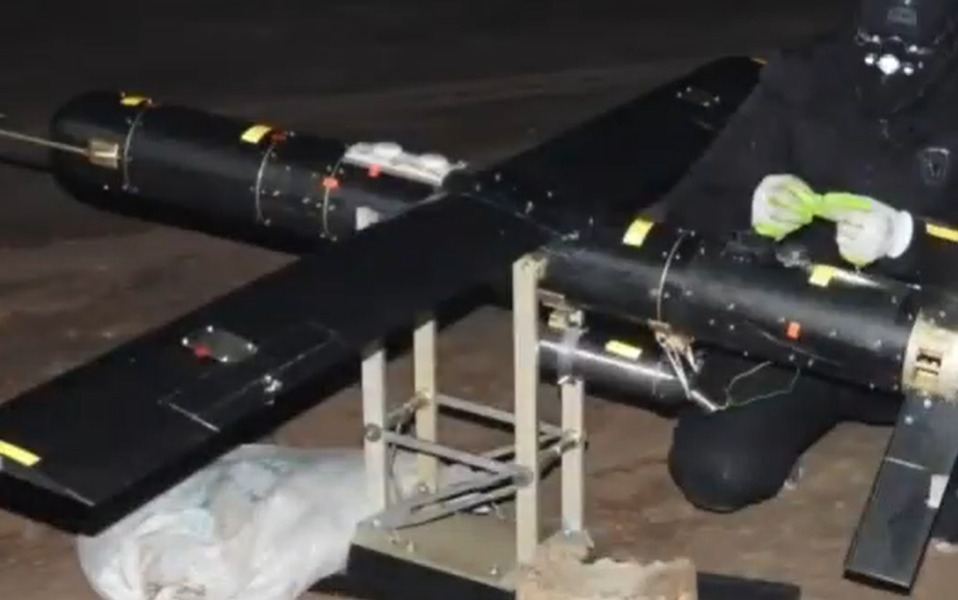 Screen grab from the video released by Saraya Ababil.

On January 7, a new pro-Iranian Iraqi group calling itself “Saraya Ababil” claimed responsibility for two recent attacks that targeted the US Camp Victory military base near Baghdad International Airport.

The suicide drones deployed by Saraya Ababil are identical to the type used in the 26 June 2020 drone attack on the Iraqi Kurdistan Region. The drone attack targeted several positions near the US Consulate in Erbil, the capital of the region. Military experts believe that this type is of Iranian origins.

The second part of the footage shared by Saraya Ababil shows the group’s operatives preparing two Iranian-made Falaq-1 heavy rockets which were used to attack Camp Victory on January 5. One of the rockets hit the US military’s Baghdad Diplomatic Support Center (BDSC) in the base. However, no casualties were reported.

Both attacks were carried out to honor the memory of Abu Mahdi al-Muhandis, Deputy-Commander of the Popular Mobilization Units, and Iran’s Quds Force Commander Maj. Gen. Qassim Soleimani who were assassinated by the US around two years ago.

Saraya Ababil operatives wrote several phrases glorifying both al-Muhandis and Soleimani and calling for revenge on their drones and rockets before launching them.

Pro-Iranian forces in Iraq warned the US that they will not tolerate its military presence in the country beyond 2021. Nevertheless, Washington ignored the warning. American troops are still present in several bases across the country. More attacks will likely target their positions in the near future.

“a new pro-Iranian Iraqi group calling itself “Saraya Ababil”. To a rtded “person” they group these people and call all of them “Iranian-backed group”. I’m just waiting for these rtded people to call North_Koreans Iranian backed-group as well at this point.

This is so rtded, if it’s because Iran supports these groups (IF) and that’s what makes them “Iranian-back groups” doesn’t that also means all of NATO is a yanquis-backed group? PMUs has support from the Iraqi government and they make their own money and get support from Iran. NATO countries pay for being in NATO and they get support from the US.

NATO was created to provide collective security against the Soviet Union, mainly by the US. PMUs was created as an anti-terrorist force against invaders and Wahhabi terrorists, mainly by Iran.

Just think the yanquis are in your country without your government support even. Yanquis start killing your anti-terrorist fighters and stealing your country’s oil/gas, and they also start supporting corrupt people. What happened in AFGHANISTAN.