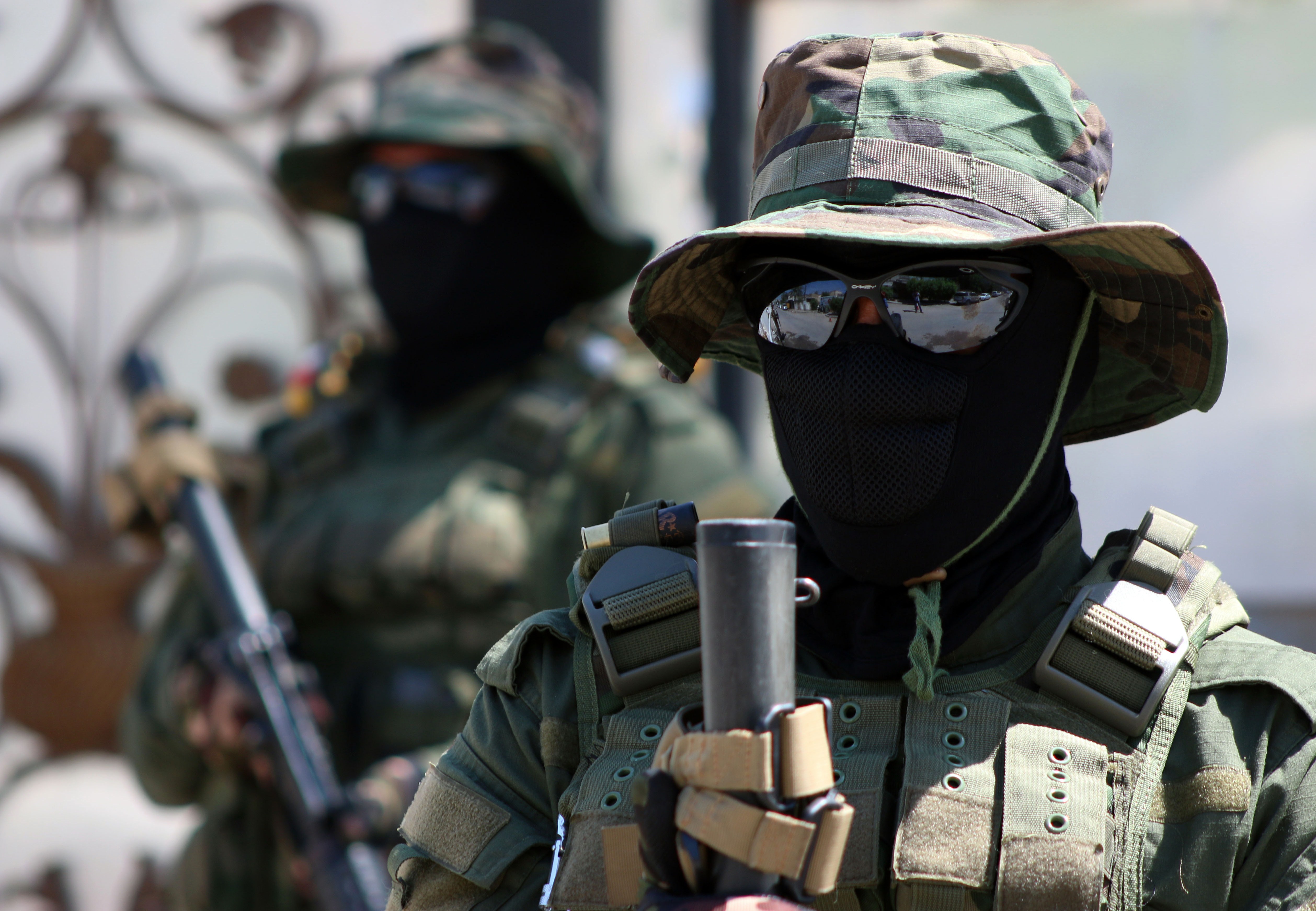 Iraqi fighters of the Shiite militia Asaib Ahl al-Haq (The League of the Righteous) stand guard outside their headquarters on May 18, 2015 in the Iraqi mainly Shiite southern city of Basra.AFP PHOTO / HAIDAR MOHAMMED ALI

On July 29, it was reported that the Iraqi government has decided to integrate the Popular Mobilisation Forces (PMF, or Al-Hashd Al-Shaabi – Shiite armed groups currently leading the fight against ISIS) into a unified structure. Now, PMF fighters will receive a monthly salary of 410,000 Iraqi dinars (US$800) and use military bases of the Iraqi army.

In this way, the Iraqi government has decided to legitimise Al-Hashd Al-Shaabi, which has become the leading military armed group in the country. The PMF was created in July 2014 after the capture of Mosul by ISIS terrorists. One of the initiators of the creation of the Shiite armed groups, which have replaced the inefficient and demoralised Iraqi Armed Forces, was the spiritual leader of the Iraqi Shiites, the Grand Ayatollah Ali al-Sistani who surrendered Mosul to ISIS terrorists without a fight. The National Security Advisor to the Iraqi government, Faleh al-Fayyad, became the head of the new National Guard, whch was composed of representatives of the former members of Al-Hashd Al-Shaabi. Not all Iraqis liked the formation of the National Guard however, as some of them remembered the Iraqi Republican Guard which existed during Saddam Hussein’s reign, and they did not subordinate themselves to the Interior and the Defence Ministries. ‘Tehran’s hand’ is apparent in the creation of the government’s new armed groups, as they are clearly analogous to the Iranian Army of the Islamic Revolutionary Guard Corps (IRGC).

One of the motives for the Iraqi government’s adoption of this measure was a fear of the armed groups’ uncontrollability and a possibility of their interference in the internal policy of the country. A military parade held by PMF units in Basra on July 1 – the day of Jerusalem – has shown the growing role of Al-Hashd Al-Shaabi in Iraqi life. Fighters burned the US and Israeli flags and a portrait of the Saudi King, Salman. A similar parade was held by the Al-Hashd Al-Shaabi units in Najaf, the sacred centre of the Iraqi Shia. Its distinguishing feature was the absence of representatives of Iraq’s senior Shiite priesthood. In this regard, a spokesman of Grand Ayatollah Ali al-Sistani noted that senior Shiites in Najaf do not support any political actions beyond the Iraqi agenda.

An increasing dependence by Al-Hashd Al-Shaabi on Iran is becoming another reason for the Iraqi government’s concerns. A rivalry between the unambiguously pro-Iranian and relatively independent units in the ranks of the armed groups had begun to take shape before they formed the National Guard. In early July, a group of commanders of armed militia, Ansar al-Marjani, appealed to the Iraqi Prime Minister, Haider al-Abadi, complaining about the actions of Abu Ali al-Muhandis, the Deputy Commander of the Al-Hashd Al-Shaabi who stopped funding those armed groups of the organisation which are not connected with Iran. These armed groups include Ansar al-Amr Jaya, the Al Abbas Group, Jaish Imam Ali, Liwa Ali al-Akbar and the Kadimin battle group. All these groups are somehow connected with Grand Ayatollah Ali al-Sistani. Saraya Assalam – operating under the auspices of Muqtada al-Sadr, Liwa al-Badr (Badr Brigade) led by the Minister of the Iraqi government, Hadi al-Amiri, and Asaib Ahl al-Haqq (who is closely associated with the former prime minister, Nouri al-Maliki) are openly pro-Iranian groups.

Currently, one of the main problems of the Iraqi government is the lack of a unified command of the armed groups. The government in Baghdad tried to overcome this problem by creating the National Guard. However, this attempt may end in failure without the general stabilisation of the situation in the country and the establishment of a strong government, the head of which would have broad powers.