On October 19, the Imam Ali Combat Division, a part of the Iraqi Popular Mobilization Units (PMU), announced that it had arrested a prominent military commander of ISIS named “Abu Hassan al-Ani” during a special operation around the city of al-Fallujah.

“The operation was carried out in coordination with our sources after al-Ani entered Iraq coming from Turkey,” the Imam Ali Combat Division said in an official press release and added: “the operation was conducted by deputy commander of al-Fallujah axis with the participation of the Iraqi military 50th Brigade.” According to the Iraqi armed group, al-Ani was the top commander of ISIS’ assassination cells in the southwestern province of al-Anbar. Since its liberation in late 2017, the province has witnessed a series of brutal assassinations that targeted individuals and local figures who were working with the Iraqi government.

The arrest of al-Ani is considered a significant blow to ISIS cells in al-Anabr. However, the remaining terrorists will likely continue to carry out attacks as many of them are experienced and can operate on their own.

I recall the liberation of Al-Fallujah.
At one time Daesh trash where shooting civs in the back who where trying to escape, including women and children. They didn’t want their human shields to get away. :((

I see that blindfold and neck hold and think of a story my old boss in the Army told me, of how Iraqi soldiers and police just loved to rough handle prisoners and do “everything we’d lose our jobs for.” All my boss and his buddies was give them weird accusatory looks, but they thought that was funny.

lets hope he gets a bit of sweet interrogation……..”enhanced” lol

And why do I see trolls below on an article about Iraq ?
Flag spam :D 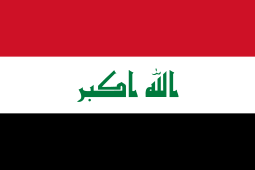 Water board him and make him squeel like pig.

3rd degree intorogetion till he tell all the names and hidden area of his collegues.