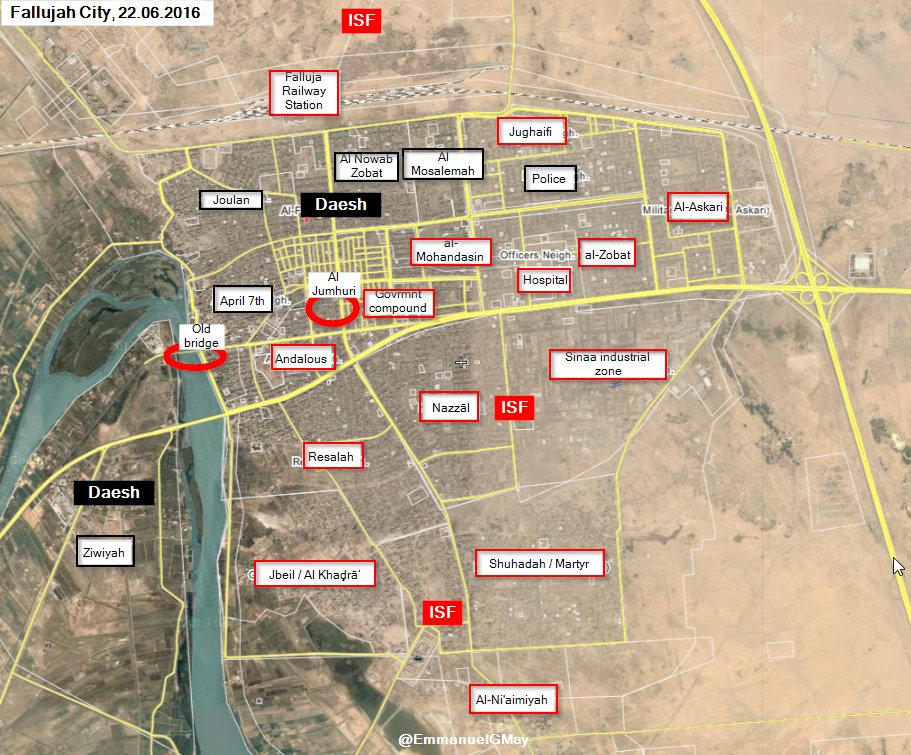 On June 22, Iraqi forces liberated the Al Jumhuri neighborhood and the Old bridge from the ISIS terrorist group in Fallujah.

The Iraqi forces also seized the village of of Al-Hasi, southwest of Fallujah, killing some 15 ISIS members.

The Iraqi Air Force’s Mi-28 provides support to the Irqi forces in Fallujah:

Good News on this month of Ramadan, Happy Eid to all you Iraqi heroes.