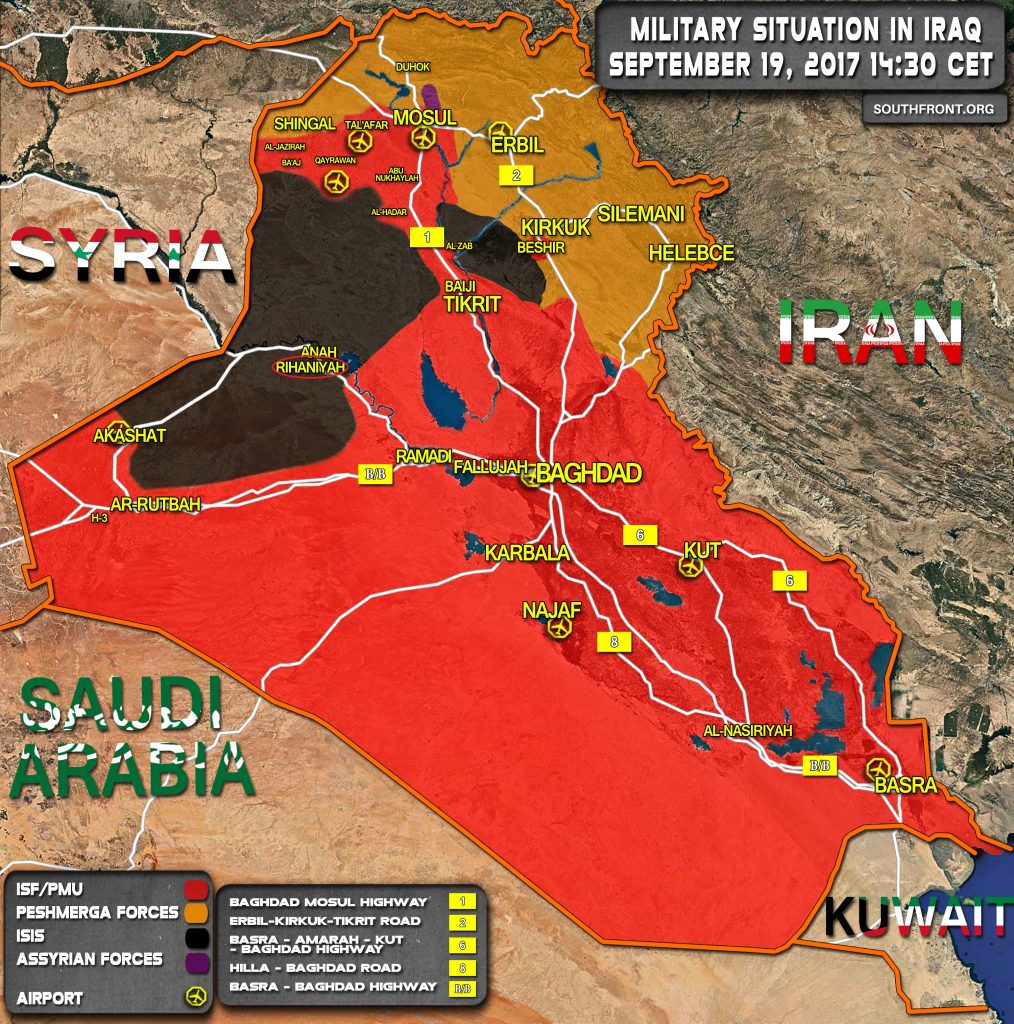 The Iraqi Army and the Popular Mobilization Units (PMU) have stormed the ISIS-held town of Rayhannah located on the Deir Ezzor-Baghdad highway in western Anbar.

According to pro-government sources, the town is already under a full control of the army and the PMU. The nearby town of Anah is the next target of the operation.

Rayhannah and Anah had been two main ISIS strong points in the area despite a large number of small villages located along the highway.

Earlier today, the Iraqi government announced a large military campaign aimed at liberation of the remaining ISIS-held area in western Anbar, including Anah and Rayhannah.

Local media outlets say that the advance is ongoing amid multiple airstrikes by the US-led coalition and the Iraqi Air Force.

ISIS has allegedly evacutated Rayhannah. If true, the town will be fully liberated soon.

I wonder where the retreating daeshbags go to

” assets” are taken away onboard US helicopters…

where they came from ;)

Good well I hope this is a lot of good news waiting to happen.

Well done Iraqi forces! They go up north in Kurd country,where they are given shelter whilst the USA airlift them out; Severel USA helicopters have been seen air lifting terrorists from one area to the other!