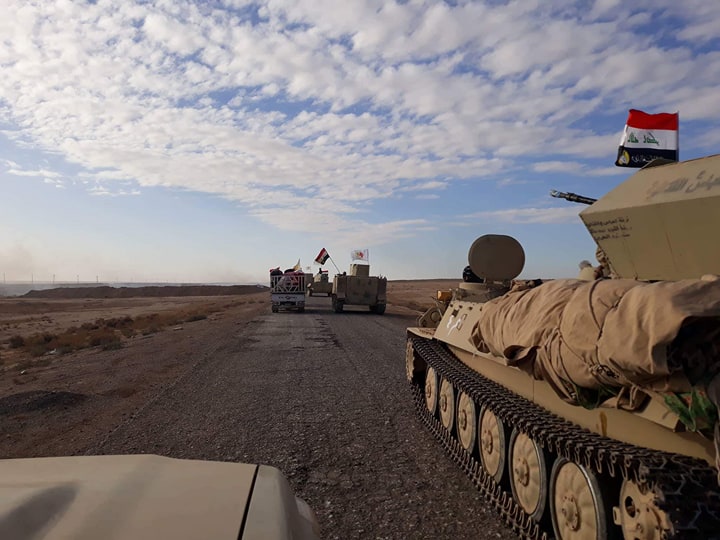 On November 23, the Iraqi Army and the Popular Mobilization Units launched a military operation to liberate the remaining ISIS-held area in western Iraq.

The army and the PMU started their advance on the ISIS-held area from the northern, southern and eastern directions. They already liberated the small villages of Subeiha, al-Maliha, Ali al-Manei, Deir Aziz, Siyah al-Theeb and Abd Elwan.

Over 6,000 PMU troops are reportedly involved in the  operation.

The current military situation in Iraq: 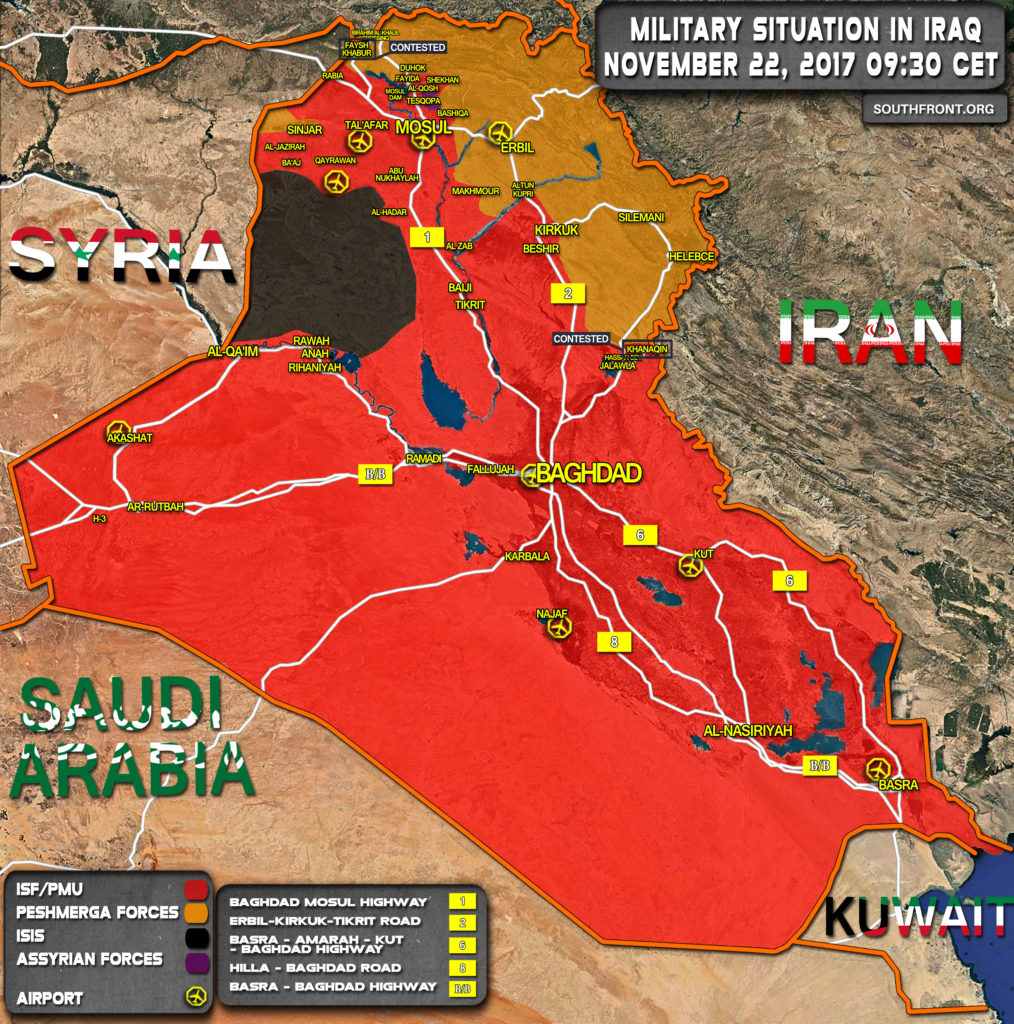 The ISF and PMU will need to focus on daesh cells still lurking in cities like Fallujah, Tikrit, Ramadi, and clean up newly liberated areas.

Overall, the progress is great, but there is still much more needed to unite Iraq and defend it.