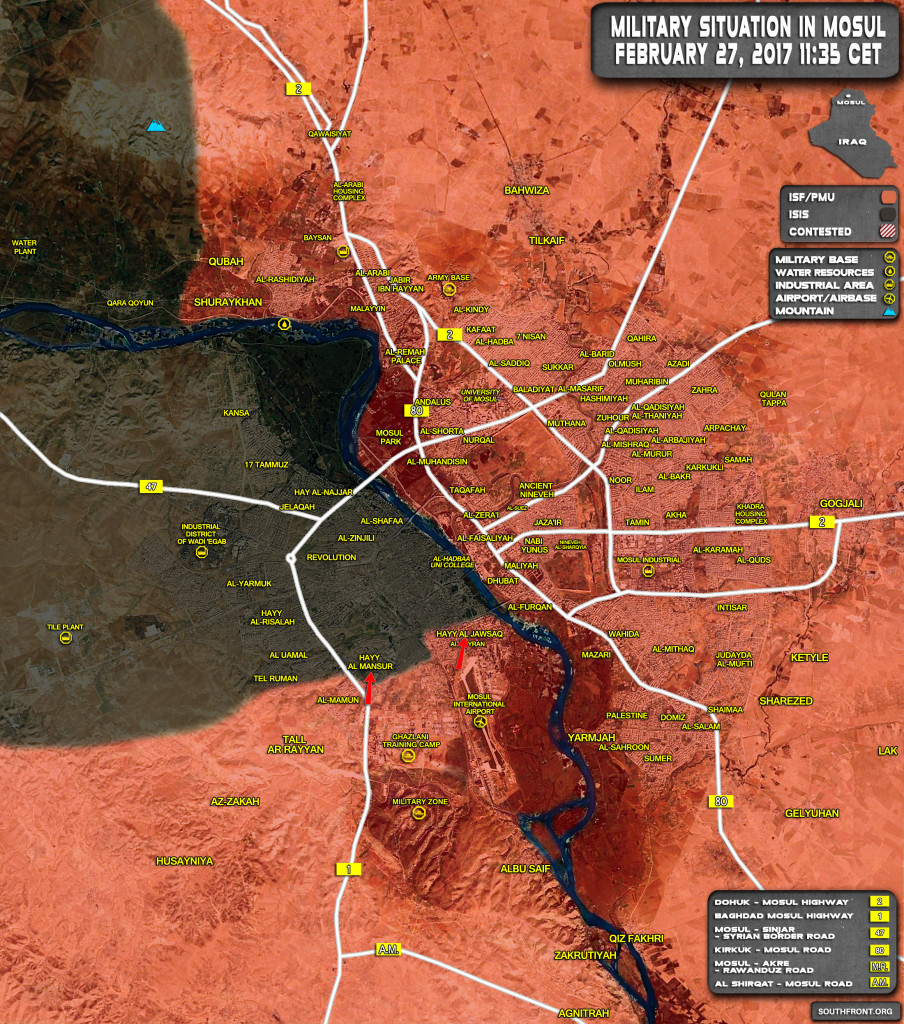 Iraqi governent forces have retaken the Jawsaq district from the ISIS terrorist group in the southwestern part of the city of Mosul.

“The Federal Police’s Rapid Response forces have liberated the Josaq [Jawsaq] district, and have also taken control over the fourth bridge from the western side,” Lt. Gen. Abdul-Amir Yarallah, the head of the Joint Operations Command’s operations in Nineveh, said in a statement.

Yarallah refered to one of the brigdes linking up western and eastern parts of Mosul. However, all five bridges were destroyed by the US-led coalition’s airpower during the operation in eastern Mosul.

Pro-government sources claim that up to 120 ISIS members have been killed during clashes in southwestern Mosul. However, such repors look too optimistic.

At the same time, pro-government media outlets avoid reporting casualties of the army and the Iraqi Federal Police.