The moment when the #PMU Abbas brigade got the call to advance toward Tal Afar west #Mosul. ✌️#Iraq pic.twitter.com/LjIRqAynKP

The PMU media wing announced that Iraqi forces have liberated the following area in Tal Afar so far: 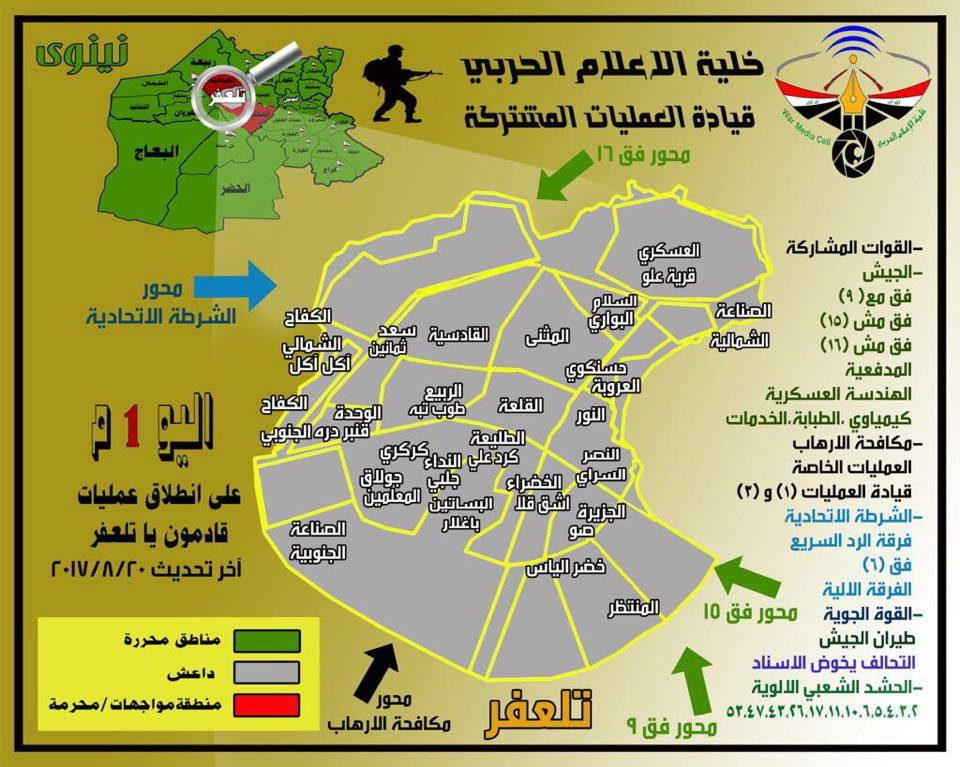 Moreover, military engineers of the Iraqi Army and the PMU started clearing the liberated areas from IEDs and mines left behind by ISIS fighters.

The ISIS-linked Amaq news agency claimed that 14 vehicles of the PMU were destroyed with 2 VBIEDs attacks by ISIS near al-Jabarah village west of Tal Afar on Sunday.

If the Iraqi forces continues to advance at this rate, than Tal Afar operation might end within few weeks. 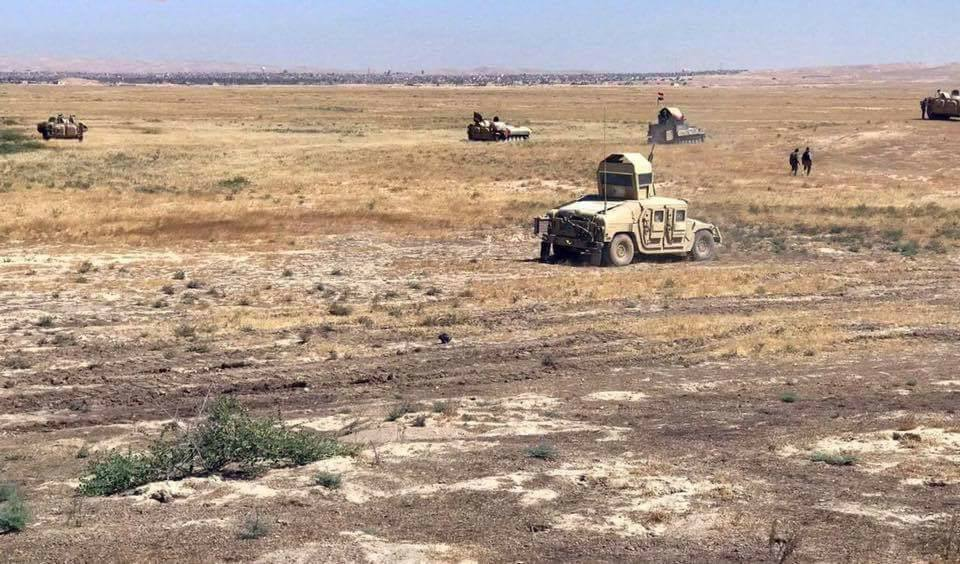 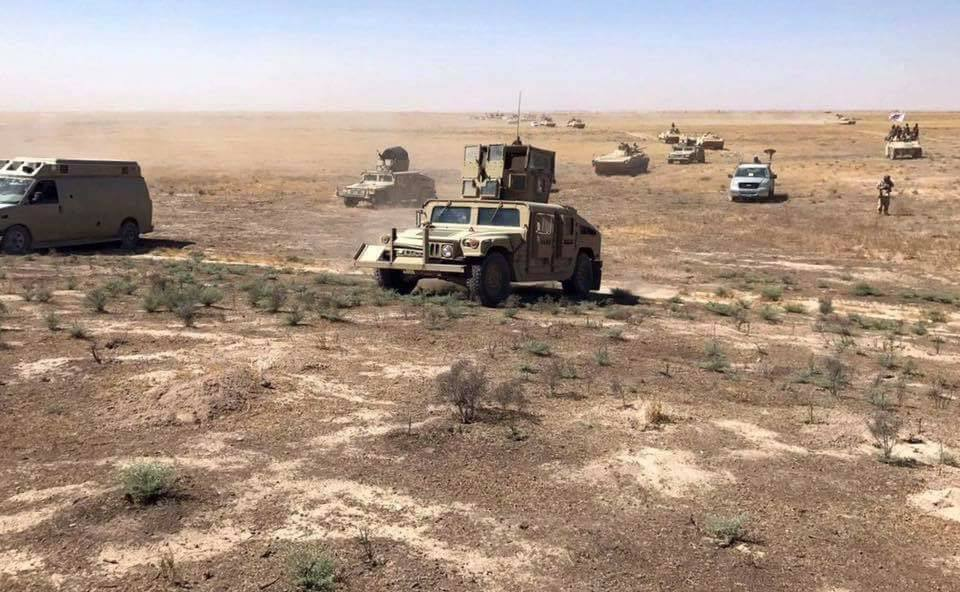 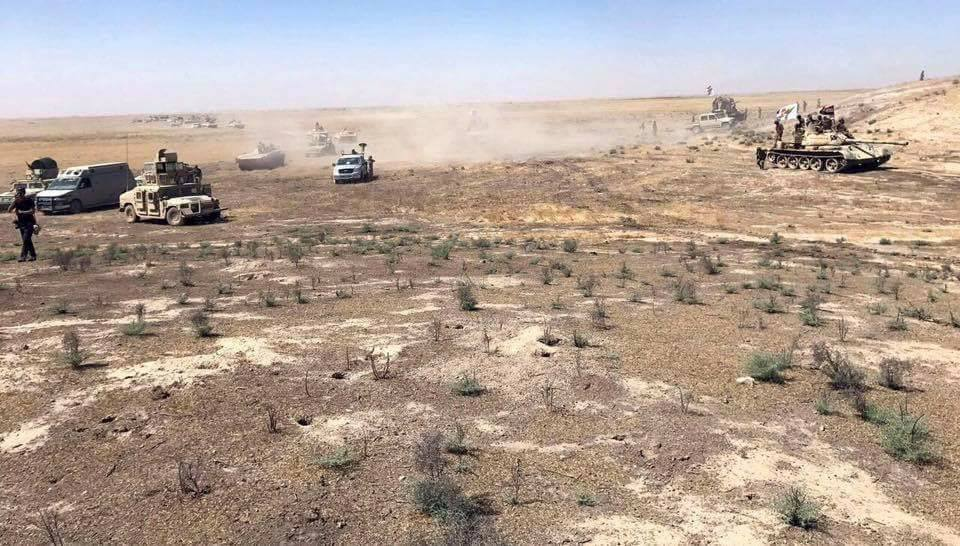 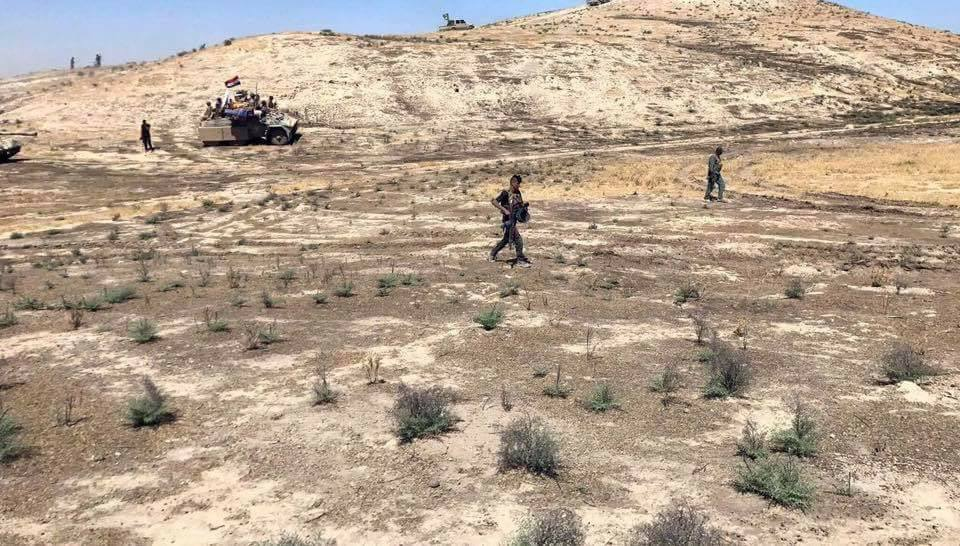 And 2000 ISIS left around Tel Afar? I sort of doubt it. This is US stated BS, maybe cut that number in half. But still will be a tough fight for the city. I wish the Iraqis well. They will also have to watch out for those US coalition airstrikes!

But mate even if it;s as you say,lets say there is 6000k which i doubt it, there are 3000-4000 tops,how those IS rats will go against 40000 soldiers with tanks ,armored vehicles airstrikes the prime minister send 40k troops to clean the place fast he does not want to wait a long bloody war again they start the offensive attack some 15 hrs ago and now they liberated 12 villages which is very fast ,indication that there is not much IS Rats and they are retreating back….