The Iraqi Army and pro-government tribal units have liberated a strategic district in the western province of Anbar from Islamic State (IS) terrorists. 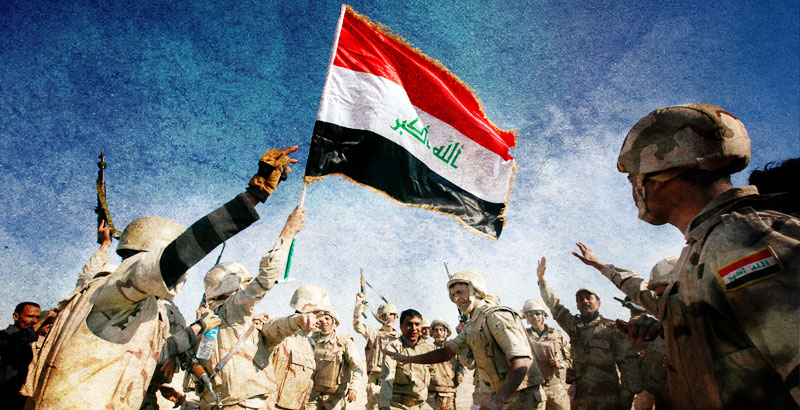 A strategic district in the western province of Anbar has been fully liberated from Islamic State (IS) terrorists by Iraqi soldiers, backed up by fighters from pro-government tribal units.

As the al-Sumaria TV-channel reported, citing a high-ranking military source, control over Jazira al-Hadithah region, which lies east of Hadithah city and about 240 kilometers northwest of Baghdad, the country’s capital, was taken by the government forces and its allies.

Reportedly, the Iraqi Forces continue to advance towards the area of Jazirah al-Baghdadi in order to drive out IS terrorists from the region.

In addition, 15 IS terrorists were killed in al-Kasiriyat, as 11 IS rocket launching pads were struck in the village. This occurred a day after the villages of Jmesah, Eitha, Khanouga, Baajah, and Jirnaf on the outskirts of the northern town of Shirqat were liberated by Iraqi soldiers and allied paramilitary tribal fighters.

Late on Tuesday, IS convoy of nine vehicles, moving along a road in the district of al-Rashad, located 55 kilometers southwest of Kirkuk, was hit by the Iraqi Air Force. As result, at least 10 terrorists were killed.

At the same time, there are reports that IS ringleader Ibrahim al-Samarrai aka Abu Bakr al-Baghdadi appeared in the western al-Risalah neighborhood of the terrorist-held city of Mosul. According to unnamed source in Iraq’s northern province of Nineveh, al-Baghdadi emerged in the area, driving a white sport utility vehicle. His convoy of four vehicles was guarded by masked and heavily-armed men, dressed in black clothes.

The source of al-Sumaria also noted that a curfew was imposed in the most part of neighborhoods of the city of Mosul by the IS, as well as presence of gunmen was beefed up near state organizations and offices.

Mosul, which is the second largest city in Iraq, has been being under control of the IS for more than two years and is considered an Iraqi capital of the Islamic State.