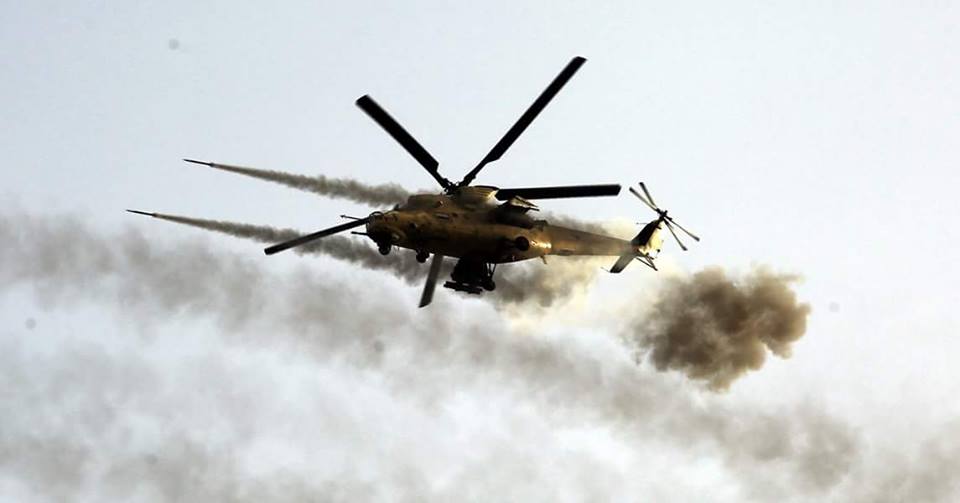 An Iraqi military helicopter during the operation

Iraqi forces are engaging fleeing ISIS terrorists after a series of air strikes by the Iraqi Air Force:

Iraqi forces – the Iraqi Air Force, the Iraqi Army and the Iraqi Popular Mobilization Units – have reportedly destroyed a major ISIS convoy, fleeing the areas near the recenlty liberated city of Fallujah to Syria. According to pro-government sources, the Iraqi Air Force has destroyed up to 120 ISIS vehicles that were moving to Syria through the province of Anbar.

The ISIS column was initialy targeted by series of air strikes and then fully destroyed during the clash with Iraqi units on the ground. 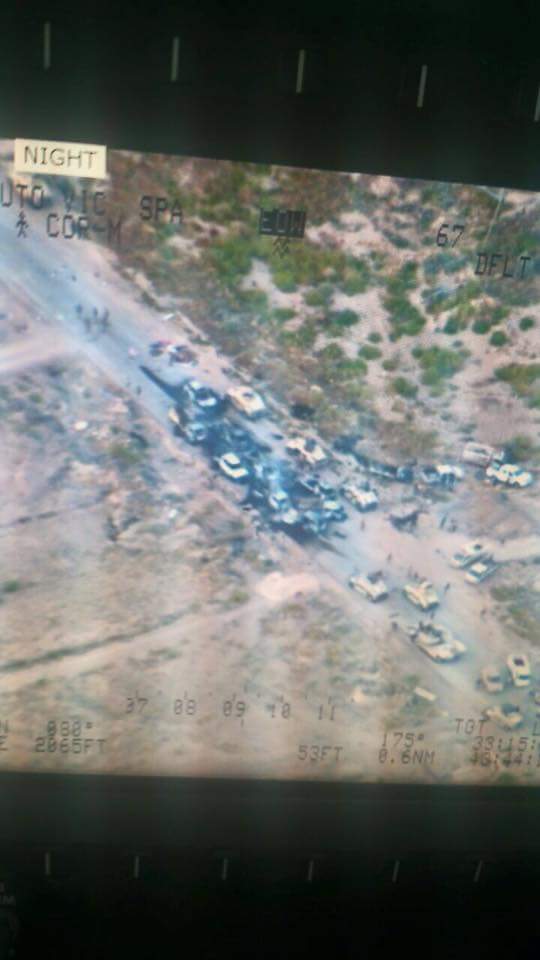 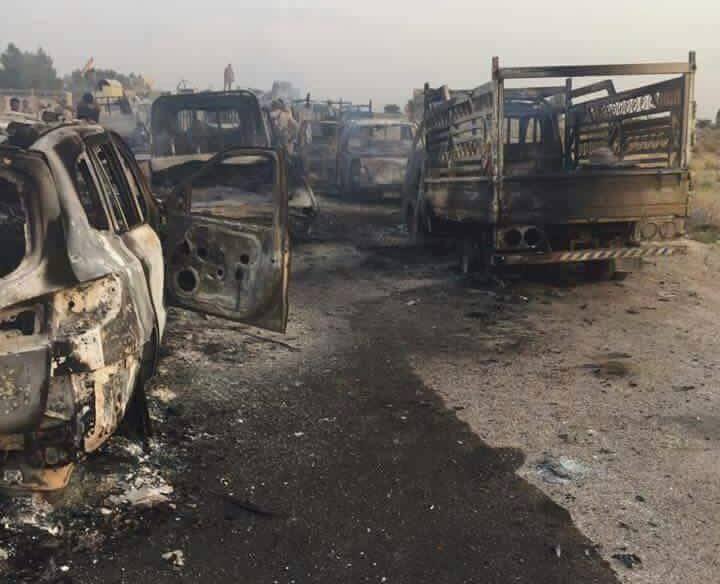 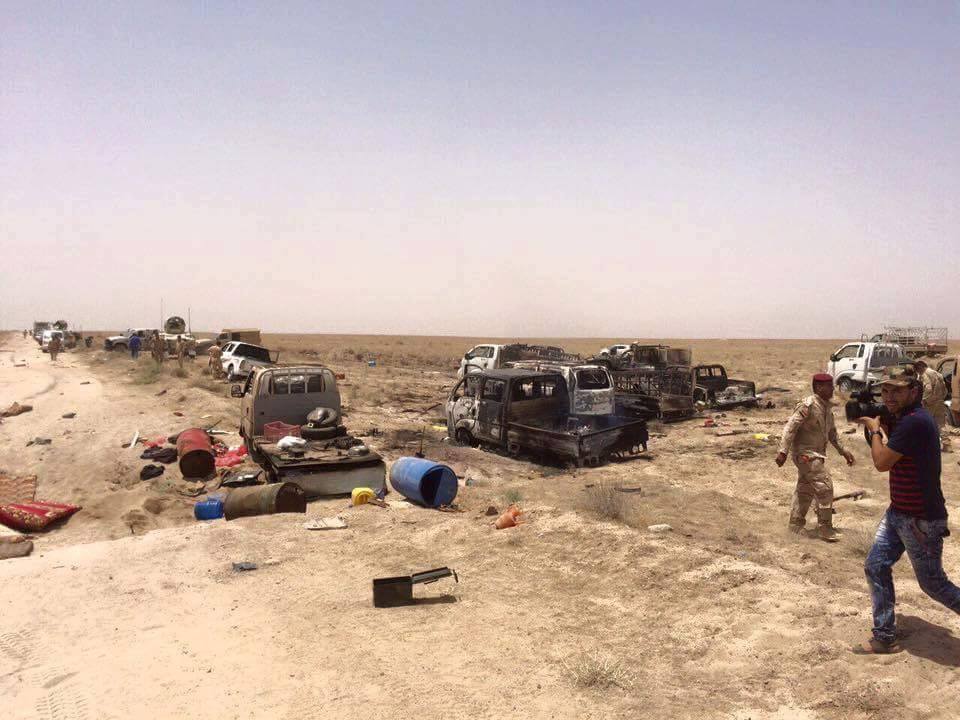 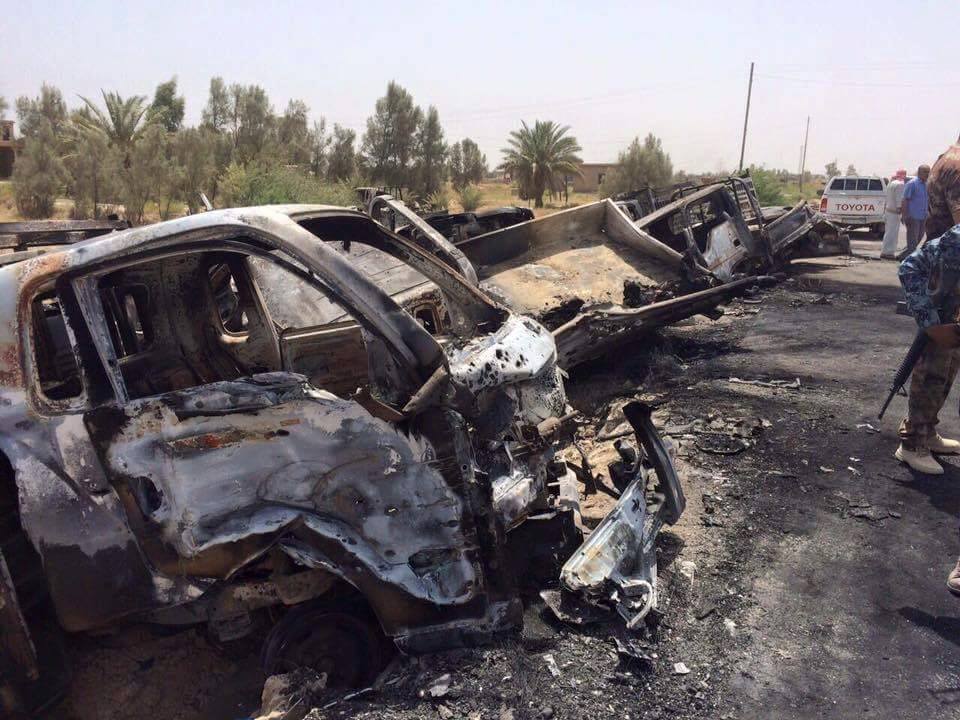 Wanna bet they didn´t find these convoys with the help of US satellites and drones?