The Iraqi Army, the Federal Police, the Counter-Terrorism Forces and the Popular Mobilization Units , supported by the US-led coalition, took control of the historic Sham Gates and continued their advance against ISIS terrorists in the Badush suburbs in the northern part of western Mosul. This advance allowed to tighten siege on ISIS forces separated into two pockets: western Mosul and Tal Afar.

Iraqi forces aim to outflank the terrorist group in the heavily-fortified Old Mosul district after failed attempts to seize this ISIS-held area from the southern direction.

Meanwhile, the Iraqi Air Force ceaselessly hits ISIS all across Nineveh from the Ba’aj bastion west of Tal Afar to Badush and inner-city Mosul where civilian casualties are on the rise. 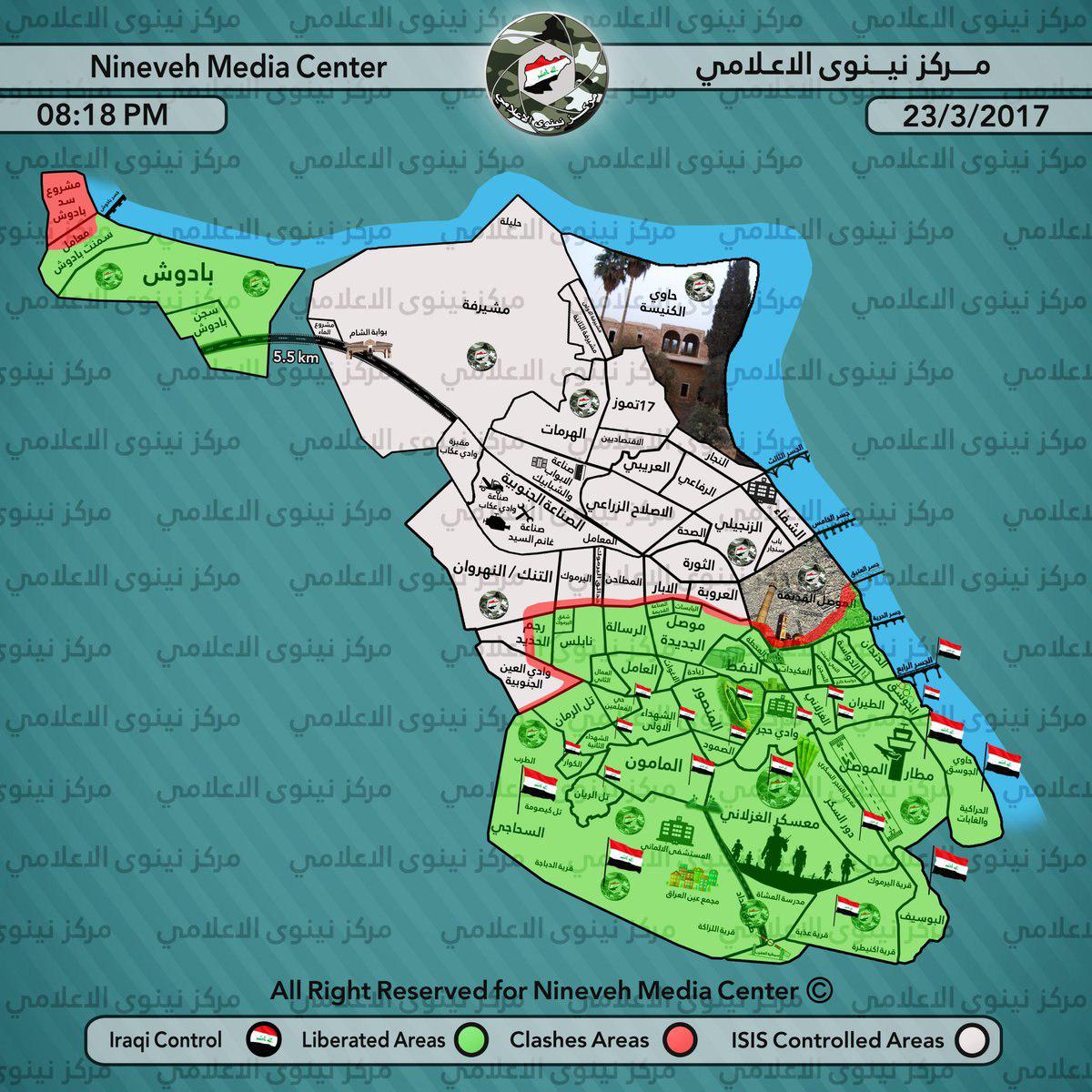 In turn, ISIS desperately attacked positions of the PMU at the Al-Alakat village northwest of Mosul. Terrorists used two armored VBIEDs in addition to a explosive-laden car planted by sleeper cells inside the town. PMY reportedly suffered major casualties as a result of the attack.

ISIS also claimed via its “official” news agency “Amaq” that the group had downed 4 spy drones near Mushyrafeh and in the Shifa’ district yesterday. 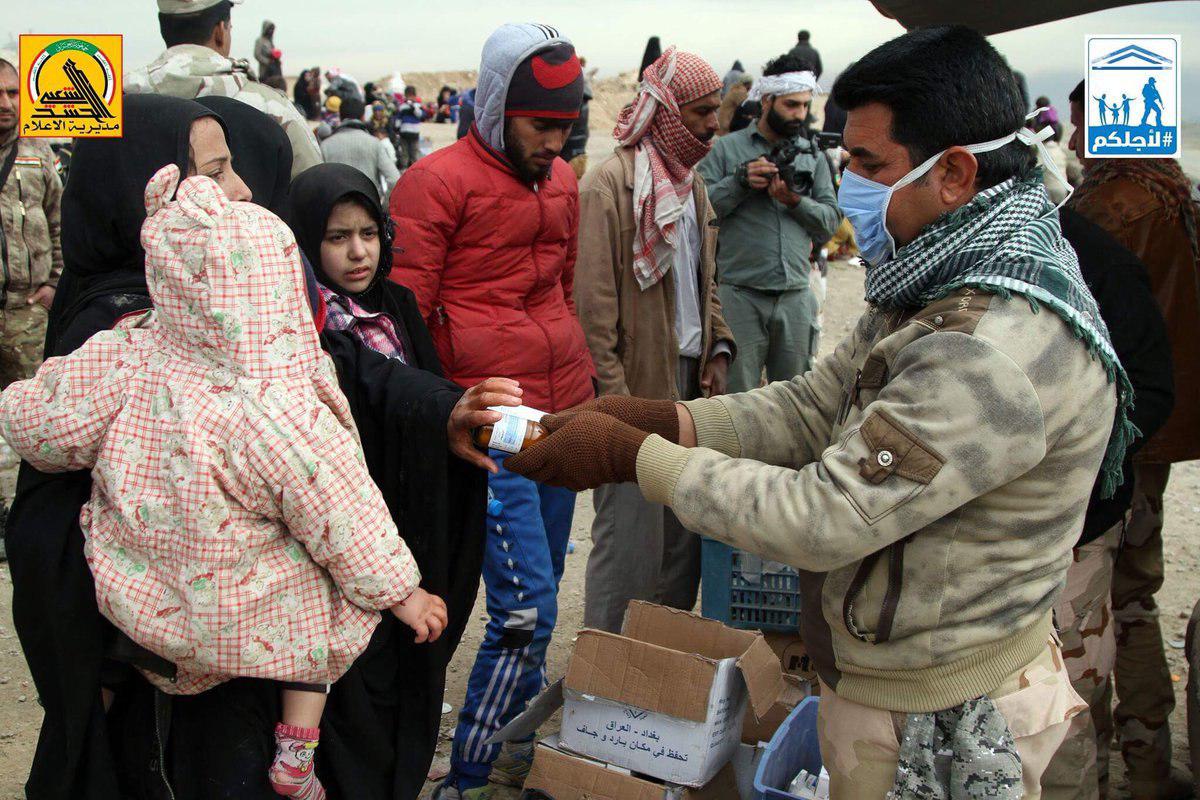 In light of the acceleration of military operations in Nineveh, the PMU expanded its humanitarian efforts in the area. The PMU reportedly resuced some 1650 civilians from the bogged, crowded districts of Mosul in the past 24 hours.

Separately, the PMU extracted 300 civilians from under the rubble. These people were victims of US-led coalition airstrikes of Mosul.

Thousands of civilians remain trapped in western Mosul between the wrath of ISIS militants and heavy military strikes by coalition warplanes and Iraqi army artillery units.