A video of ISIS truck suicide bomb that had been destroyed by Iraqi fighters with a rocket propelled grenade has been published online. 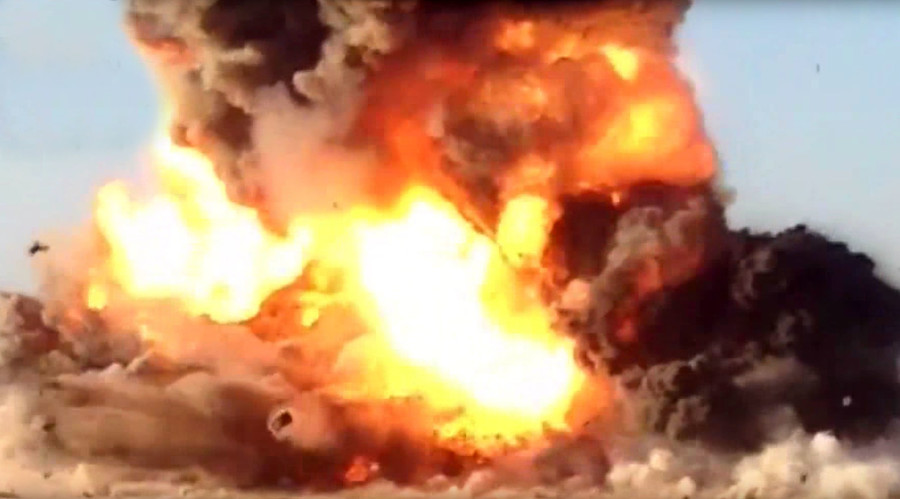 A video showing the process of destruction of a truck suicide bomb by Iraqi fighters with a rocket propelled grenade was posted online on Sunday. The truck was destroyed before it could do any damage.

The footage was made during the battle for Ramadi in Iraq, which is some 110km west of the capital, Baghdad. The truck carrying explosives was belonged to Islamic State (IS). It was heading towards a government compound and, presumably, was targeting to blow it up and inflict maximum damage.

Iraqi forces was going to intercept the truck and just as it was getting a bit too close for comfort, a soldier armed with a rocket propelled grenade blow up the vehicle.

The Iraqi side released footage of this particular incident for the first time, telling the truth about what happened. Previously, IS had published some parts of the video of the incident and used it in propaganda videos saying that the attack had been successful. The footage made by the Iraqi forces shows that the suicide truck did not harm any of the troops and was blown up well before it reached the compound.

VERY NICE shooting and also great to see terrorist propaganda exposed like this. – 5/5 good coverage of this event by South Front.