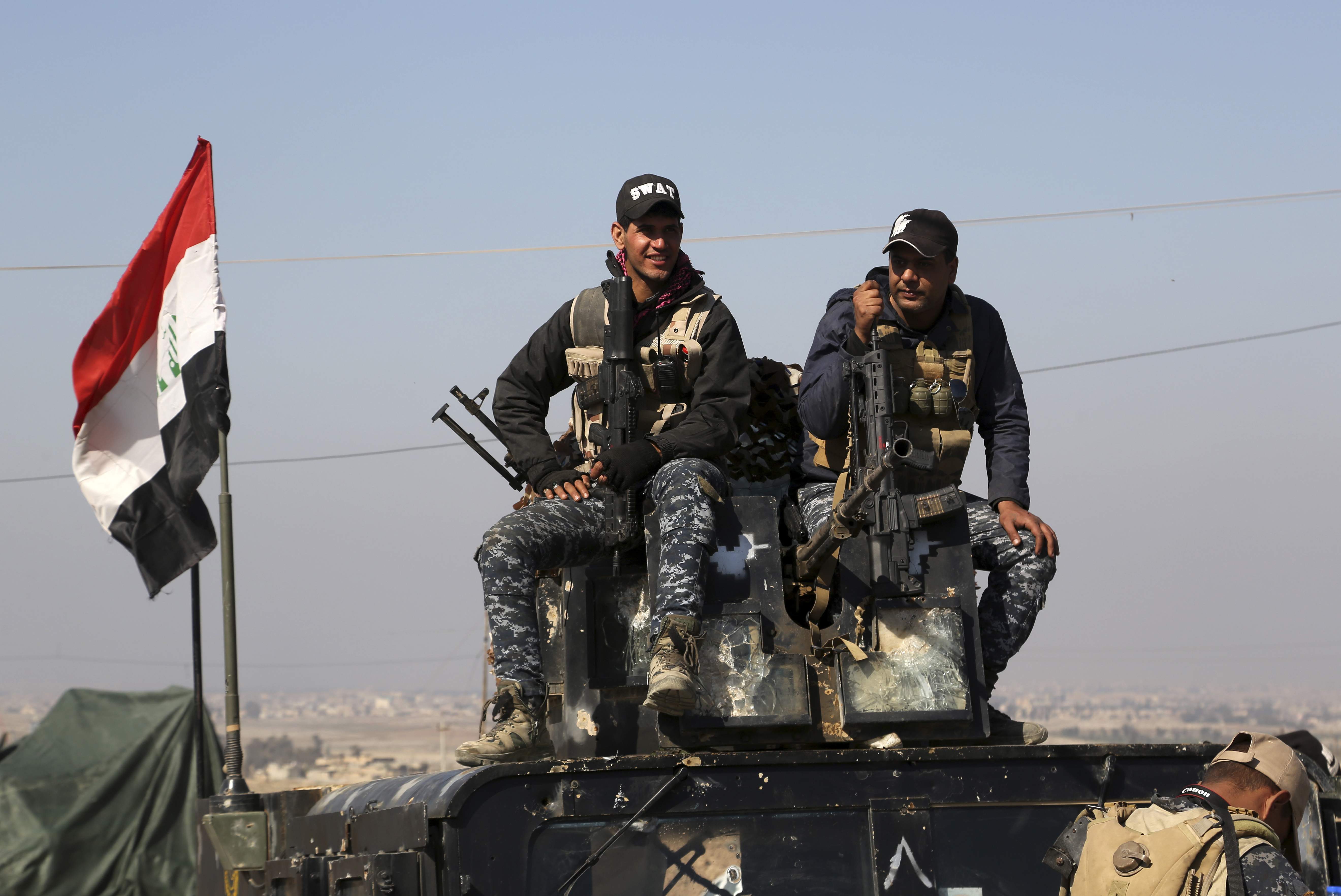 Two policemen sit atop of their armoured vehicle as Iraqi Federal police deploy after regaining control of the town of Abu Saif, west of Mosul. (Photo | AP)

Over 850 ISIS militants have been killed in clashes in the Iraqi city of Mosul since February, the Iraqi Federal Police command said on May 2, according to Iraqi News website.

“Lt. Gen. Shaker Jawdat said his forces killed more than 850 IS members and destroyed more than 500 booby-trapped cars and motorbikes belonging to the group, managing to retake a total of 274 square kilometers of territory.

As part of police operations, 265.000 civilians were evacuated from battlefields, while 30.000 were repatriated to their home regions, according to Jawdat,” Iraqi News’ article reads.

Iraqi security forces are still struggling to retake the important ISIS-held part of western Mosul – the Old Mosul. While the Old Mosul is under the ISIS control, Iraqi forces are de-facto not able to develop the advance deeper into the ISIS-held area. 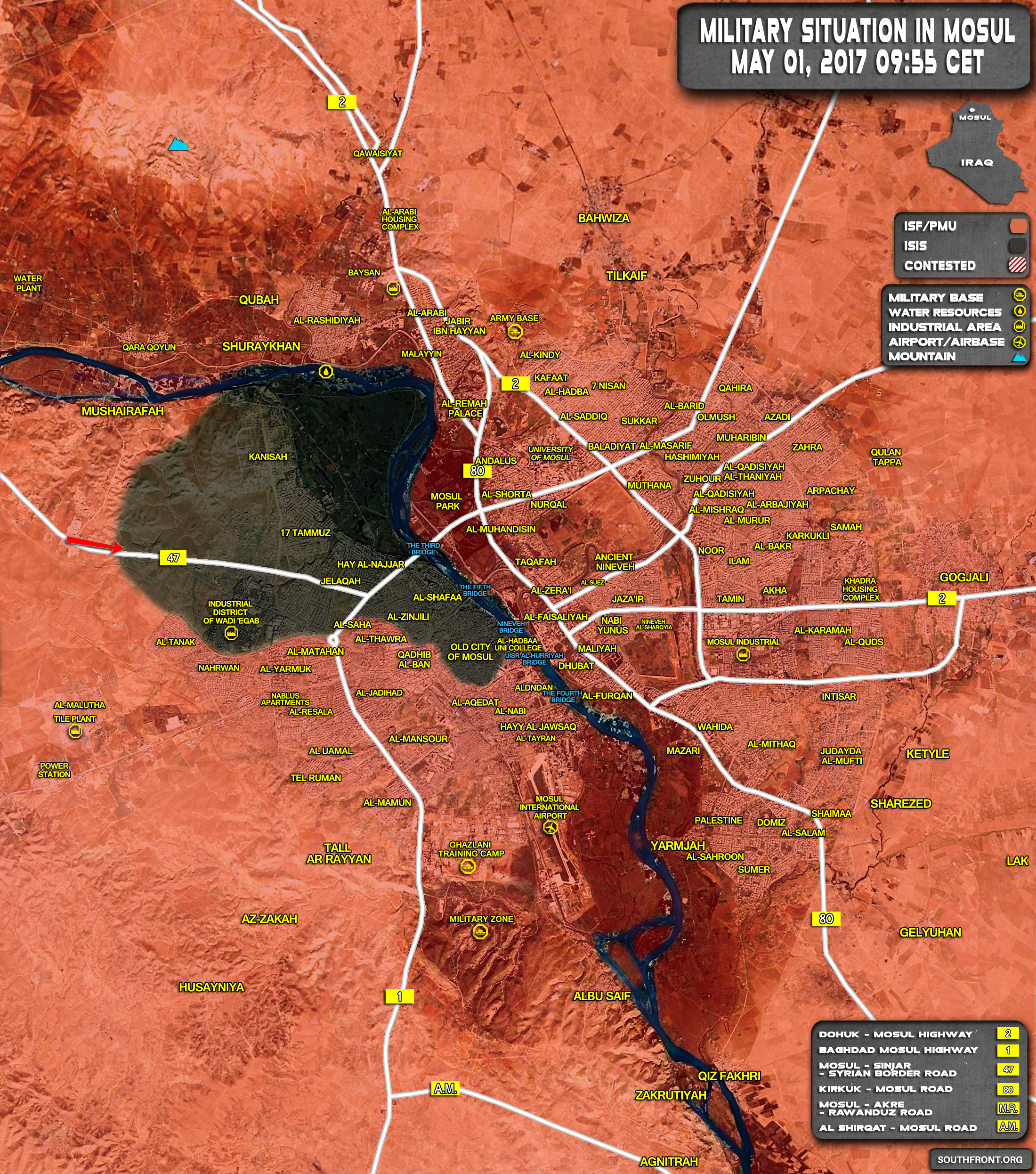