Nineveh Criminal Court has sentenced Abu Abd al-Bari, a Sharia official and a former Mufti of ISIS in the city of Mosul to death, Iraqi sources reported on June 21.

Abu Abd al-Bari, whose real name is Shifa’ Ali Basir, was arrested by Nineveh Police Command’s SWAT in the Mansour neighborhood of Mosul earlier this year. 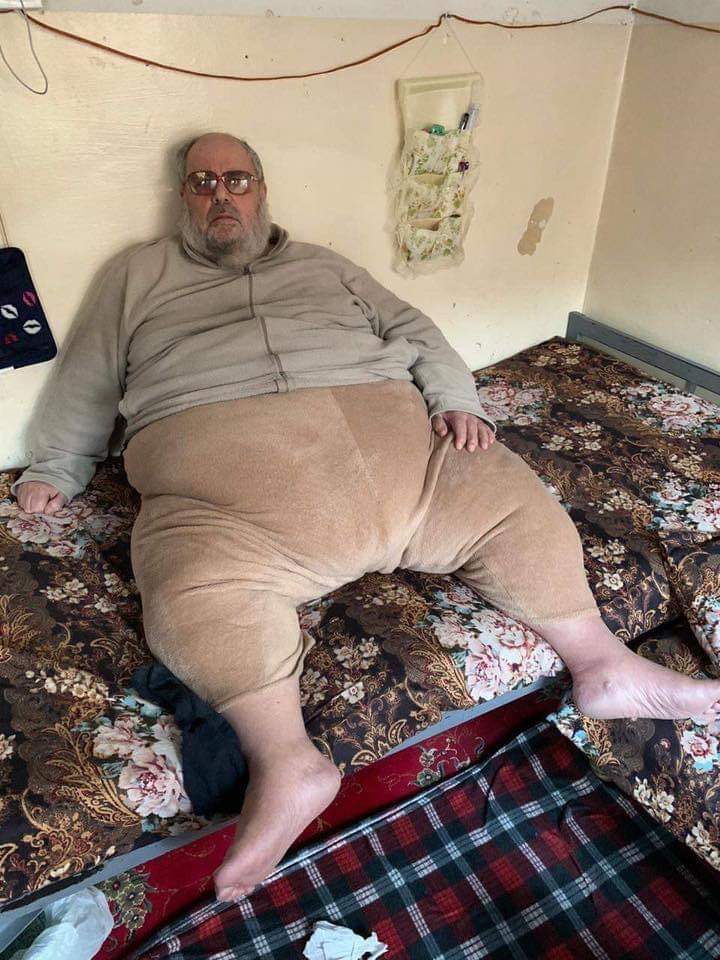 During his work with ISIS, Abu Abd al-Bari preached in many mosques in al-Mosul against Iraqi government forces. He was also responsible for a fatwa [an Islamic rule] that led to the execution of a number of Mosul’s moderate scholars and clerics.

Abu Abd al-Bari, who was born on 1961, was also behind a fatwa that encouraged the bombing of the Prophet Yunus mosque in July 2014.

In a recent interview with Iraqi authorities, Abu Abd al-Bari acknowledged that he was responsible for the enslavement of many Yazidi girls as well as for the execution of members of the Shia sect and security forces personnel.

The Iraqi court rule against Abu Abd al-Bari will bring justice to the victims of the terrorist, who wreaked havoc in Mosul for years.

There ought to be a fatwa against anyone this enormous.

‘Fat Lives Matter’ will be very cross with you to suggest that :) Trump will sanction you.

They are fed up with him

Death penalty by send that piece of Meat for Lion food in Bagdad zoo!.

I doubt that its any nutritious quality in that meet. All fats. Lions like muscles :)

His fat should be rendered down to make bio diesel. In fat rendering down all fatties for diesel would help solve the carbon crisis :)

Now that would be a lot of bio diesel :D

Its a Green fuel that would have a great benefit to the planet. The USA especially has a massive supply of fat people who gobble up food that could feed large families. Fatty Fuel the world over could also be sold as Kosher, Halal,White diesel etc.

Most of it ends up in Kardashian ass tho :D Also Peruvian fats :D

What are you talking about? You would poison the lions.

There must have been a whole logistics chain involved just to move that pile of crude fat trash around. Looks like a giant evil baby by grey beard. Joke aside, juste imagine the kind of unspeakable ordeal that the local teenage sex slaves had to endure literally under him…

It is funny, rather black humor…

Looking at this bunch of meat justifies my reluctance to visit McDonalds :D

The picture of this guy…ROFL

Exactly how did they get this guy into a court room in the first place.

Abu is also guilty of crimes against the world’s food supply. What is the tonnage of this land whale? A few RPG rounds will be needed to destroy this beast.

please have a little respect. For whales.

Drop the scumbag from 100 feet over a US base in Iraq. That would give the yanks a few headaches.

That would have the effect of one of those 22,000 pound Grand Slam bombs dropped from a Lancaster bomber. Ouch!

They will need a strong rope for that tub of jihadi lard.

Abu Abd al-Bari to ISIS pals: “No – seriously, guys… Do these pants make me look fat?” [uncomfortable silence] Khalid: Uhmmm… Well… HEY! Is that a UFO??

There’s something about those neckbeards eh

The arabic version of Austin Powers ‘Fat Bastard’. Probably why he was caught so easily. He will be useful being fed into a food processor for street dogs.

I will never blame them for his death even I in princip is against death penalties. The surprice should be, he is still alive.

What this tyrants body weight must be.even his unfortunate grave will also teared apart.better to burn this haram meat.

Recycle him into pig feed.

Put him in a mince -meat grinder as these beasts did to others. Then have Russian bombers drop it on the Turco Operation Rooms in Idlib.

What a fat fuck.

Punishment by starvation. Nice and drawn out.

This is in reply to @Jens Holm’s comment, I quote: ‘I will never blame them for his death even I princip is against death penalties’, end of quote…

…this is why you prise the killing of iranian islamists by the israeli army while you mourn the killing of ‘innocent civilians’ or what you call, the ‘syrian freedom fighters’ aka suni terrorists…are you hypocrite or something?!…this is a rethoric question of course because I know the answer…

Nasty filthy 300 kg piece of shit, just throw 1 grenade on him and then let few straight dogs inside and will eat him all.