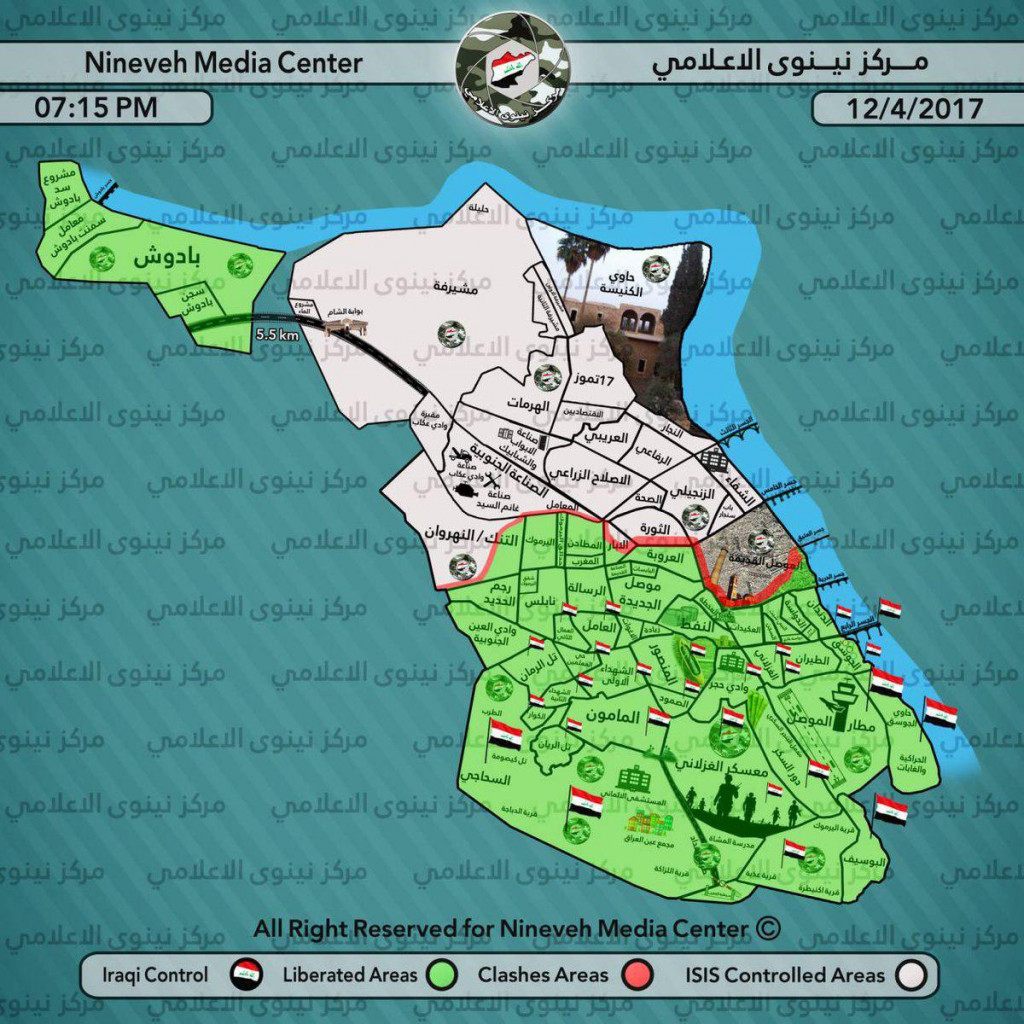 Al-Tanak is considered as a very strategic area because it’s located to the west of the old industrial area where main ISIS explosive workshops are situated.

According to Amaq –ISIS news agency- two VBIED hit the Iraqi forces in Hlielah village in the northwestern countryside of Mosul, the two attacks resulted in the death of 11 Iraqi soldier and the destruction of a BMP-1 armor. 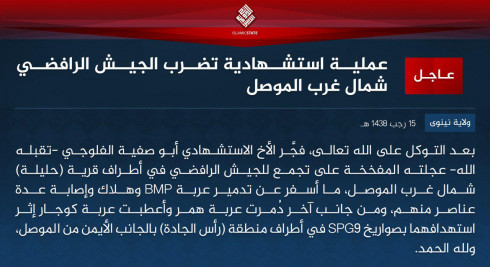 One more Iraqi police officer was killed In Dyala by an ISIS sniper. Additionally ISIS claimed it shot down an Iraqi drone in Ras Al-Jadah area in Mosul.

From the other side the Iraq Popular Mobilization Unit (PMU) announced targeting a group of ISIS fighters with heavy rockets north of Al-Makhul in Salah Al-Deen. The PMU also announced capturing 12 ISIS suicide attackers in Takrit city after they sneaked in from Al-Hadar area in order to carry out attacks on civilians and the PMU in the city.

The PMU media have released many photos showed humanitarian aid and health care were provided by the PMU for refugees from Mosul. Photos depict a returning of peaceful life to the liberated neighborhood in the eastern part of Mosul. 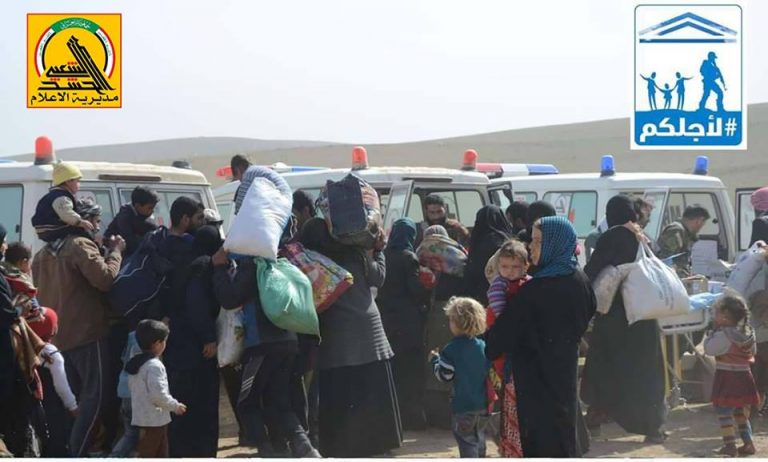 Good job by the Iraqi forces. Appears that the liberation of Mosul is a few weeks away. It has been a tough battle for sure. Hope to see the PMU move west to the Syrian border after Daesh is defeated in the city.