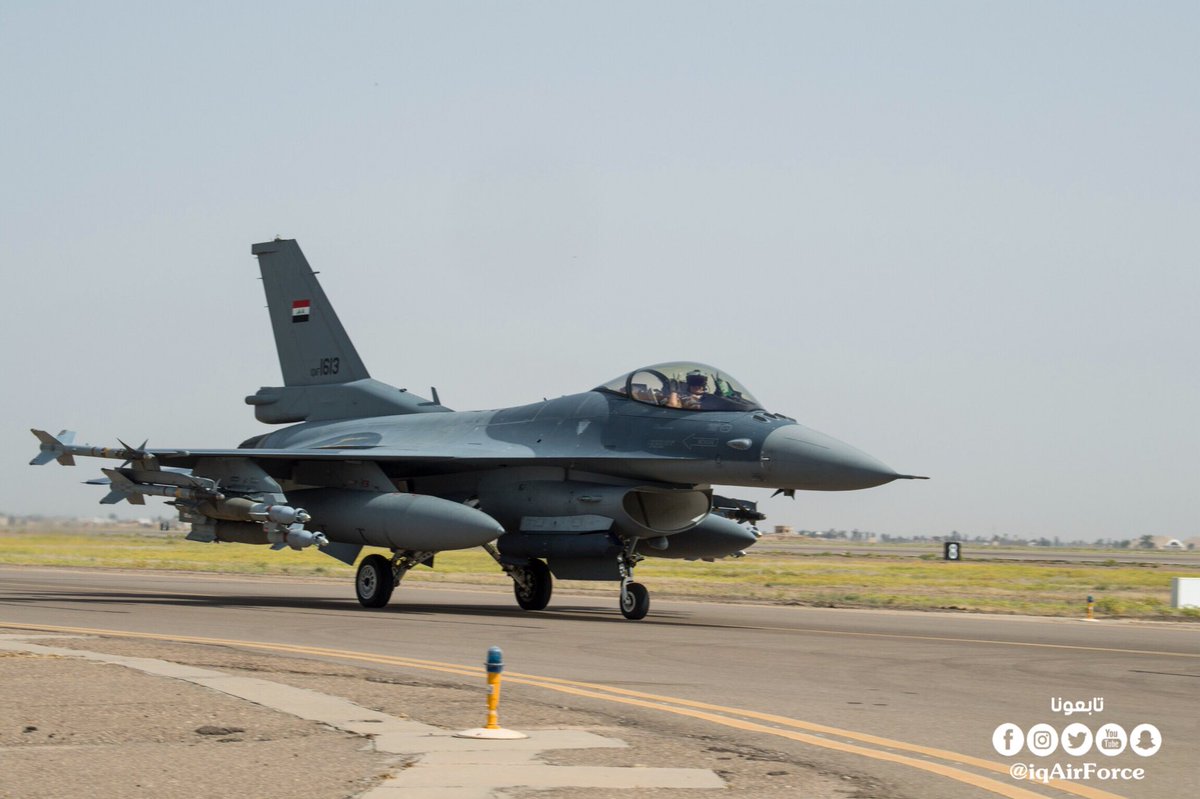 The Iraqi Security Media Cell has released footage showing the aftermath of the June 3 airstrike on the western province of al-Anbar which destroyed what was described as a “mobile ammunition depot” of ISIS.

The so-called mobile ammunition depot, a truck, was destroyed as a result of the airstrike that was carried out by an F-16 fighter jet of the Iraqi Air Force. Three terrorists who were aboard the truck were killed on the spot.

The new footage reveals that a fourth terrorist survived the airstrike. The terrorist pretended to be dead. However, after being approached by a force from the Iraqi military, he stood up and opened fire from a sniper rifle. The terrorist was quickly gunned down by Iraqi soldiers.

According to the Security Media Cell, loads of weapons and ammunition were found in the truck, including:

The Iraqi military also found communication equipment, a first aid kit, a camera, a small container of poison and sums of money, including Syrian notes which means the cells may have been active in Syria before.

The terrorists were likely on a mission to deliver weapons, ammunition and other supplies to ISIS cells in different parts of al-Anbar.

In the last few days, the IQAF dealt several blows to ISIS cells in northern and western Iraq. Despite this, the terrorist group is still fairly active in these regions.
MORE ON THIS TOPIC:

The pilot is throwing two peace signs while piloting a heavily armed jet. The irony.

Good that you got ISIS!