The Iraqi Army is preparing for an advance on the ISIS-held Al-Mushairefah area in the northwesetern part of Mosul. The Iraqi Army aims to increase pressure on ISIS militants in Mosul districts by taking control of the Al-Mushairefah at the northern flank and the cemetery of Wadi Akab at the westernern flank and to reach the areas under its control in the Al-Tanak district. 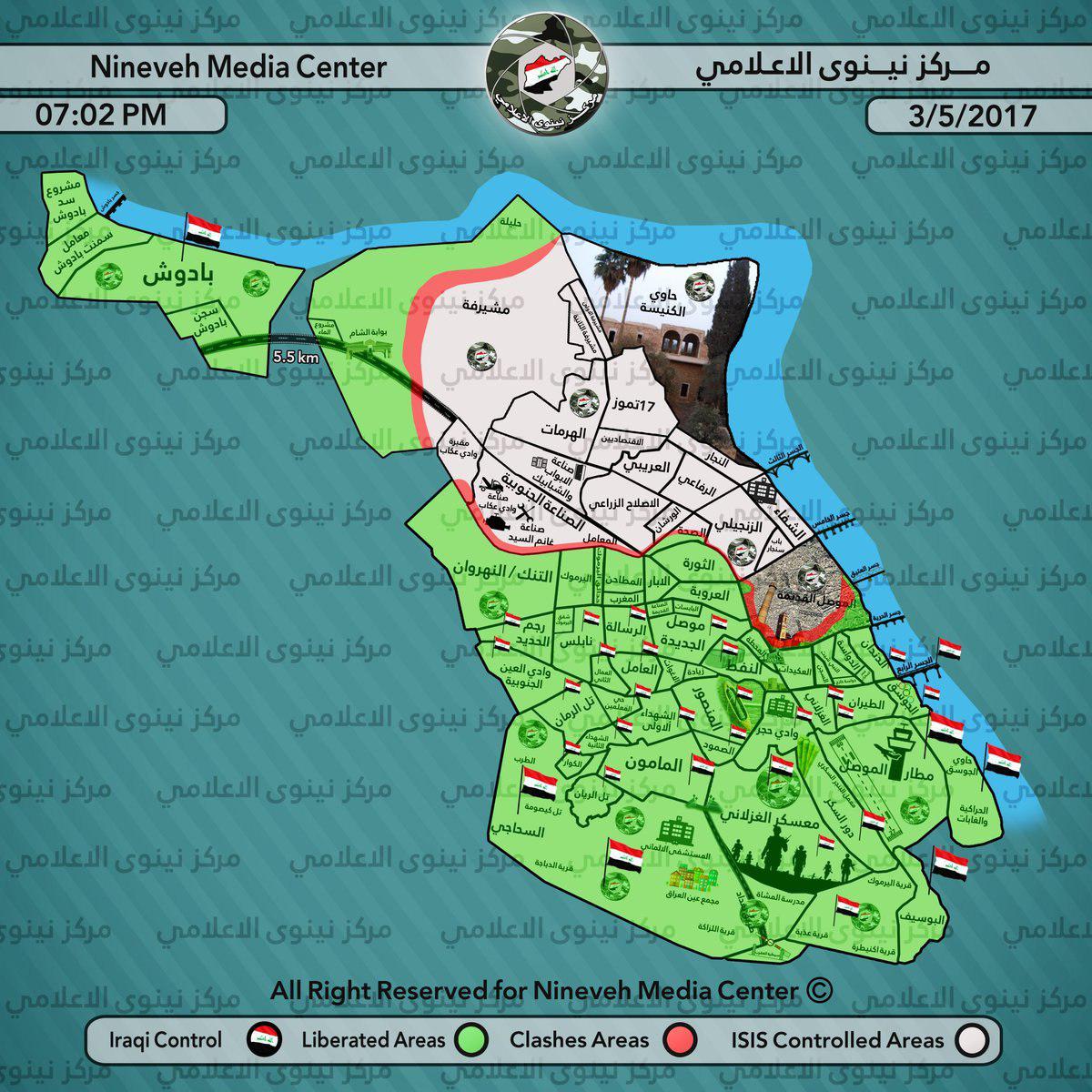 Separately, PMU forces targeted ISIS positions in the Muhammad Sawan Hill in the vicinity of Tal Abta west of Mosul with an artillery fire.

From its side, ISIS claimed that its snipers killed four Iraqi soldiers from the SWAT forces in Al-Thawra district and Ras Al-Jadah district in western Mosul. The terrorist group also claimed that 32 Iraqi policemen were killed in an attack by suicide bombers of ISIS on an Iraqi police gathering in the Al-Malaab area inside the Al-Ramadi province.

The Iraqi Observatory for Human Rights announced that ISIS executed dozens of civilians as they tried to flee the ISIS-held areas towards Hol refugee camp in Syria.

PMU waiting for Iraqi Army to liberate Tel Afar for them? LOL jesus I heard they were ready to storm it 6 months ago

What the hell are they doing? When will they liberate the remainder of the city?

Maybe they are getting paid too well by the iraqi and US taxpayer to just finish the job?