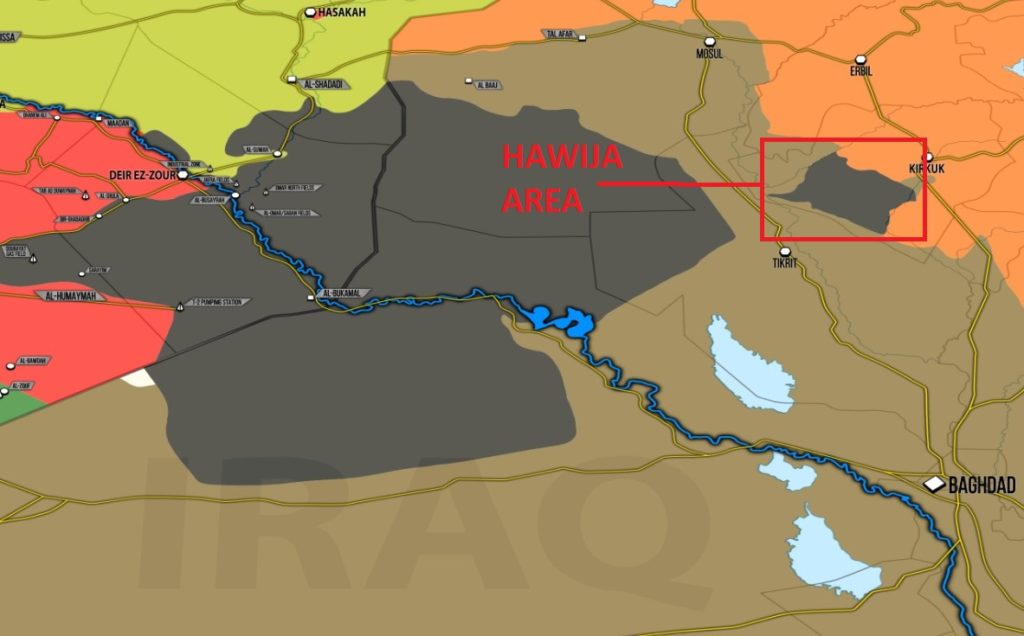 On September 29, the Iraqi Army and the Popular Mobilization Units (PMU) launched the second phase of their anti-ISIS operation in Hawija area west of Kirkuk city.

The operation is taking place norhwest of Hawija city.

Head of the media service of the Iraqi Interior Ministry’s Rapid Response forces, Col. Abdul Amir al-Mohamadawi, told Alghad Press that Iraqi forces “crossed al-Abbassiya river and are currently stationed at the outskirts of the city”.

The army and the PMU liberated al-Shajara, Hammoud al-Khalaf, al-Ablat and al-Mistah villages near Hawija.

In turn, ISIS set oil wells in the area on fire in order to slow down the government advance.

According to the Iraqi military, 800-1,500 ISIS members remains in Hawija.

During the first phase of Hawija Operation, the army and the PMU killed 557 ISIS militants and liberated over 100 villages and settlements.

when/if the iraqi and syrian led coalitions unite in the battlefield, it will the fastest end of zio satanic terrorists

When. But both will get problems with the ziokurdgypsies.

A joint Syria/Iraq drive up their border to Turkey splinting Israelistan in two could be very helpful.

I understand why they focus on this pocket first as it is next to the land grabbers. Once this pocket is secured for Iraq they can start seriously clearing out the part next to Syria.