It is reported by Al-Forat news agency that at least 17 ISIS terrorists were killed in that Iraqi army operation. 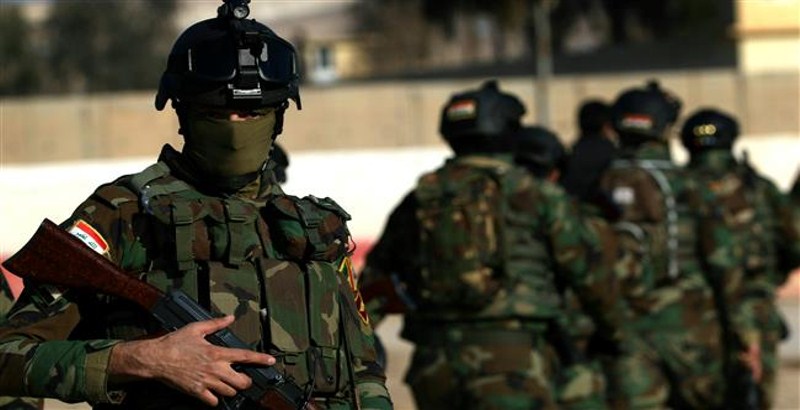 On Wednesday, Iraqi government forces made fresh gains against ISIS terrorists in the country’s western province of Anbar to secure the town of Hamdhiyah, which lies just north of the provincial capital of Ramadi.

It is reported by Al-Forat news agency that at least 17 ISIS terrorists were killed in that Iraqi army operation.

Yesterday, an Iraqi helicopter crashed by terrorist firings and one of its pilots was killed leaving two others wounded near the city of Amiriyah Fallujah in Anbar Province

“Initial reports suggest the helicopter was shot down by anti-aircraft machine gun,” a police officer from Amiriyah Fallujah said. ISIS later claimed on a Twitter account that it had downed the copter.

Since ISIS launched an offensive in June 2014 and took control of portions of Iraqi territory, violence erupted in the northern and western parts of Iraq ever. ISIS terrorist group has been committing brutal crimes against all ethnic and religious communities in Iraq and Syria, including Shias, Sunnis, Kurds and Christians.

Great to see Iraqis fighting to get their country back…especially after my country fubared it to no end….

now when will we start to fight to get our country back from the anglo-zio RKM thugs…??