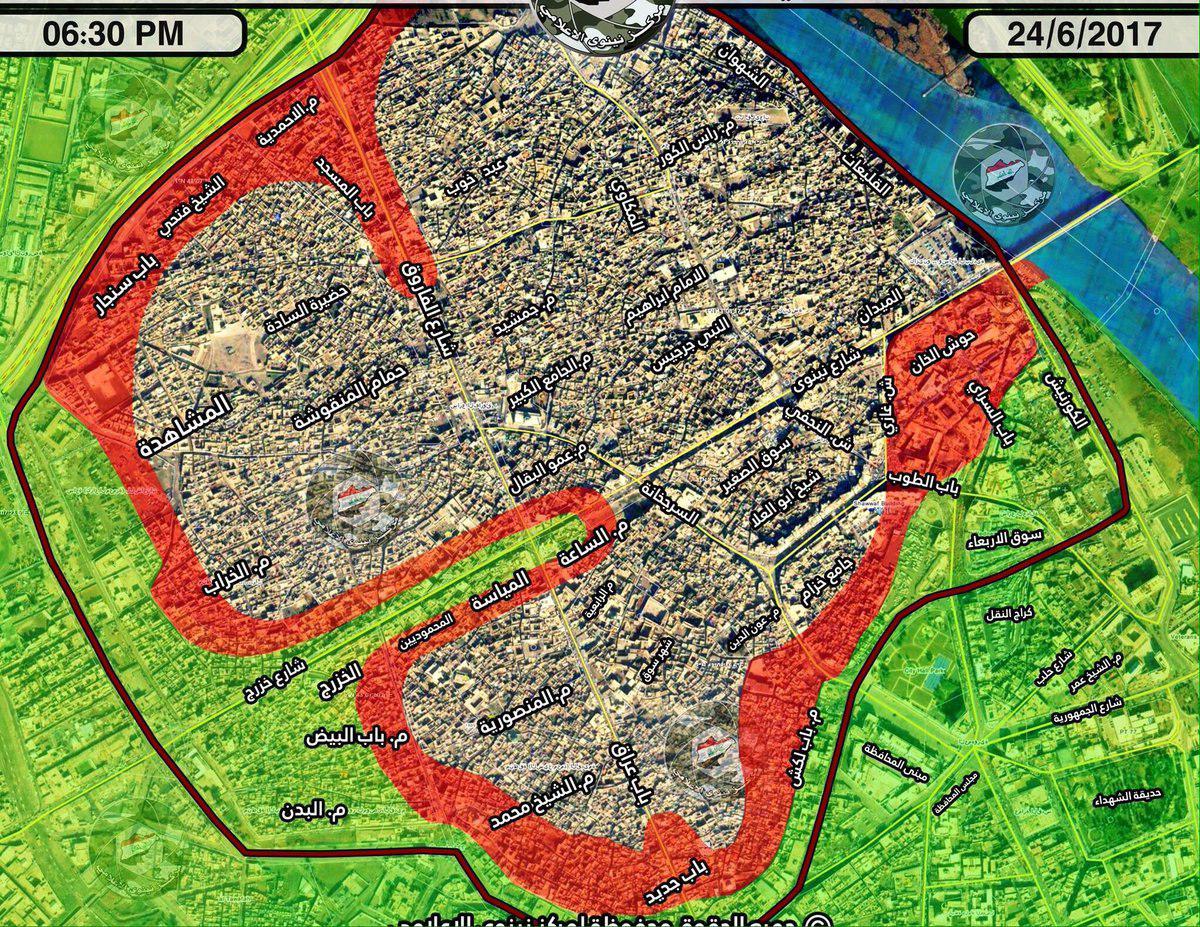 On Saturday, the Iraqi Army liberated the Mar Toma Church in the Old Mosul area on the right side of Mosul city. Unfortunately, ISIS had almost completely destroyed the church previously.

Furthermore, Iraqi forces managed to kill Jasim Mohammed Akoub, an ISIS commander in Old Mosul while he was trying to cross the Tigris River towards the left side of Mosul.

Little girl yelling from Old #Mosul “Where is he?”

Everyone has fallen in love with #Iraq Lt. Gen. Abdul-Wahab al-Saadi. pic.twitter.com/Ksn09obCbu

According to reports, the number of ISIS fighters remaining in Mosul does not exceed few hundreds.

From its side, ISIS claimed that two suicide bombers managed to infiltrate the left side of Mosul and attacked the Iraqi Army gatherings in Al-Muthana district, allegedly killing 60 Iraqi soldiers. However, Iraqi sources said that ISIS suicide bombers attacked a shopping mall and opened fire and threw grenades at civilians before they blew themselves up.

CCTV footage for one of the #ISIS suicide bombers that attacked the shopping mall in east #Mosul last night he was wearing military uniform. pic.twitter.com/myQsefmKVg

ISIS has recently increased terrorist attacks against civilians in Iraq. However, this time it seems they have focused on targeting Sunni areas.