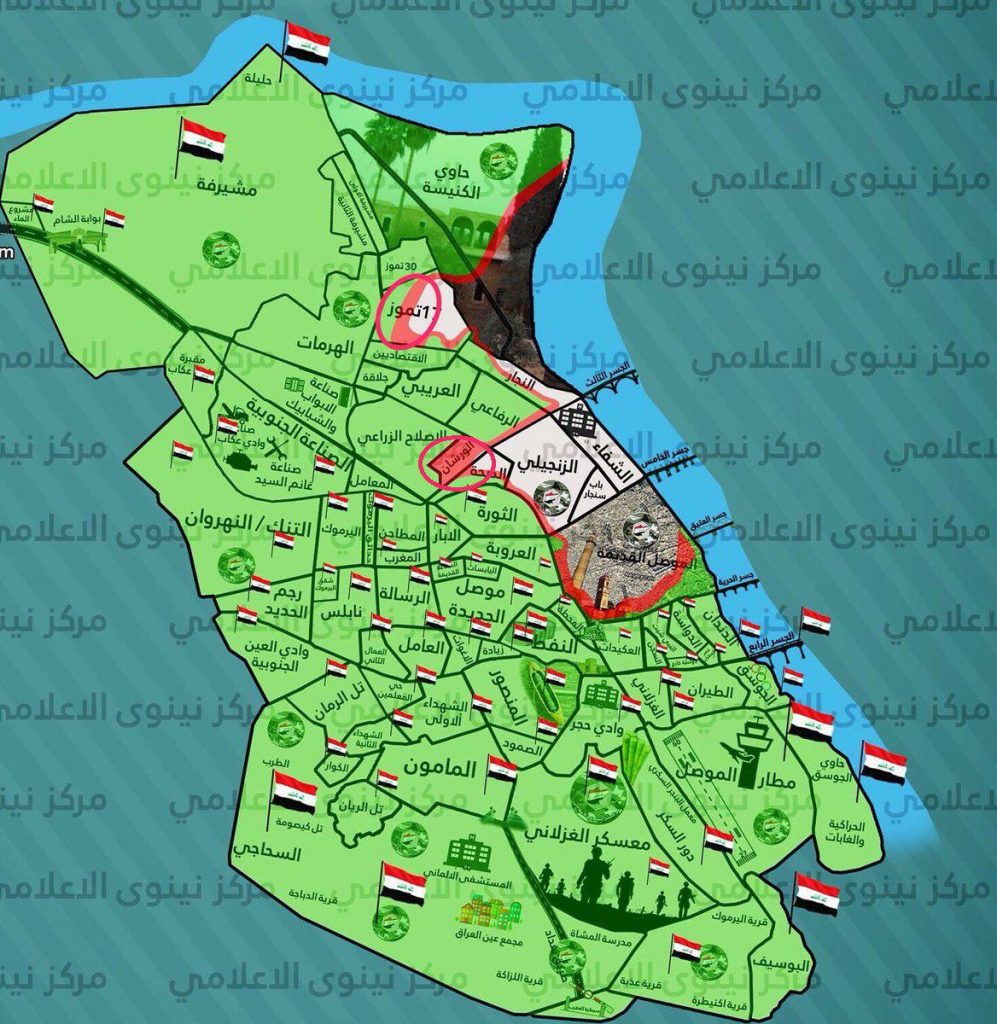 On Friday, the Iraqi Army liberated the Al-Warshan district in the western part of the city of Mosul and took full control of the northern half of the 17 Tamoz district. Iraqi forces began storming the last two southern streets in 17 Tamoz.

In the Rifai district, the Iraqi Army discovered a large arms depot that had belonged to ISIS. The depot included ammunition boxes marked with “Saudi Arabia”. It’s believed that these boxes may be from arms shipments imported by Saudi Arabia from eastern European countries and sent to Syria. 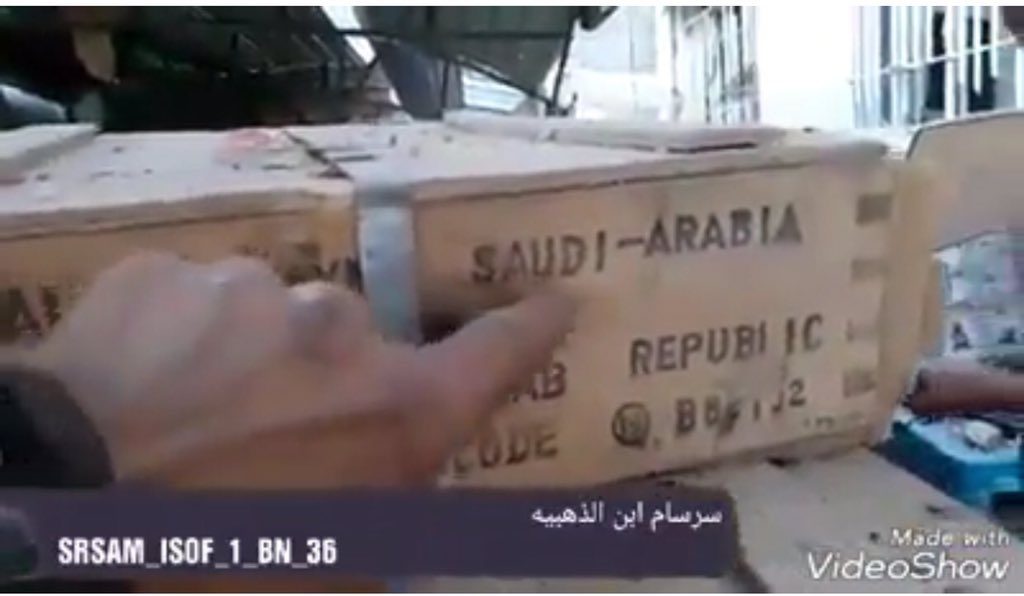 The Iraqi Army also deployed “chemical defense teams” in Mosul city. It is believed that ISIS militants may use chemical weapons against Iraqi forces during the battle for the Old Mosul area.

The Popular Mobilization Units (PMU) advanced further  in the vicinity of the town of Qayrawan west of Mosul city. The PMU managed to capture the strategic village of Cairo south of Qayrawan after violent clashes with ISIS. 21 ISIS militants were killed and 5 ISIS VBIEDs were destroyed. 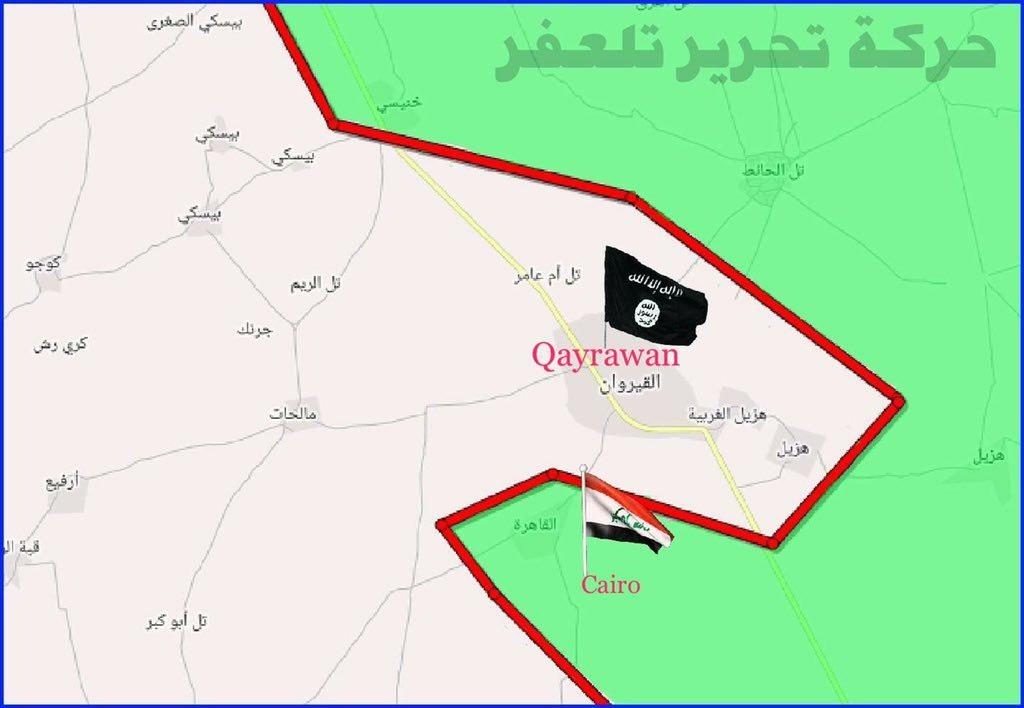 So far, the PMU has evacuated more than 21,700 civilians from the Qayrawan area.

From its side, ISIS claimed the destruction of two bulldozers, two Humvees and a bmp-1 vehicle belonging to the PMU with ATGM in the vicinity of Cairo village.

The organization also targeted an Iraqi Police vehicle with IED in the Al-Shahraban area in Diyala. 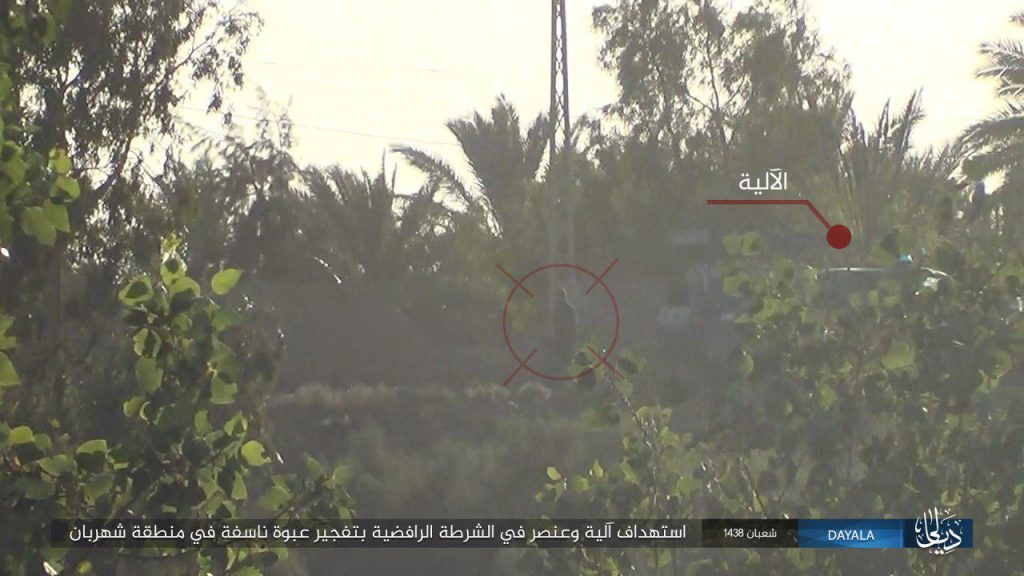 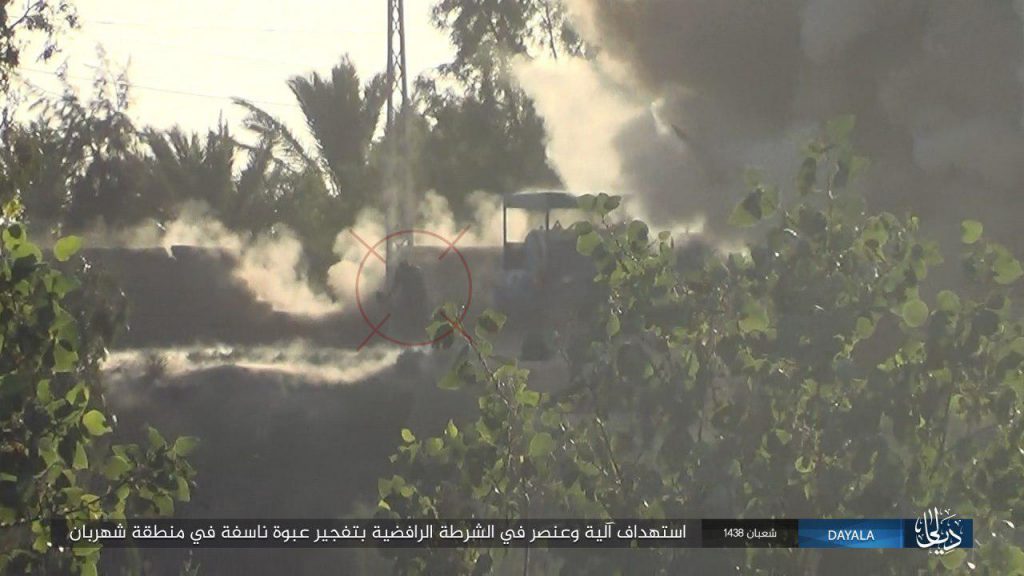