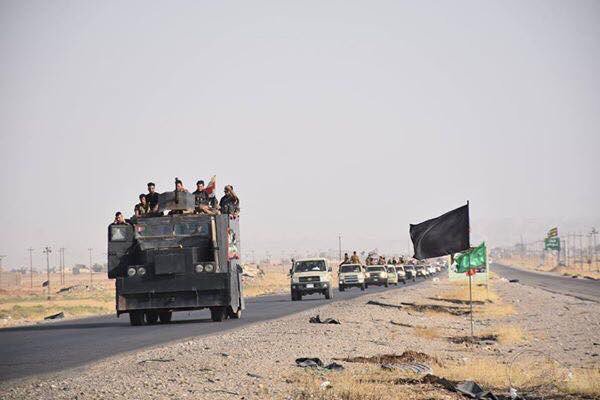 On October 6, the Iraqi Army and the Popular Mobilization Units (PMU) captured the last 20 villages in Hawija area south of Kirkuk city, according to the PMU media wing.

The media outlet also confirmed that Iraqi government forces military operation in Hawija area is over after fully liberating the area and meeting with the Kurdish Peshmerga force in the northern part of it.

According to the PMU, the 20 villages that were captured were located in the northern part of Hawija area. They are:

Government forces also killed, injured or captured all the remaining ISIS fighters in Hawija area, and destroyed 2 VBIEDs of ISIS according to the PMU media wing.

Meanwhile, PMU military engineers are working to remove all weapons and explosives that ISIS fighters left behind in Hawija area to allow civilians to return to their villages as soon as possible according to the PMU.

Iraqi sources reported that the PMU started deploying some of its units south of Kirkuk city in what appears to be a message to the Kurdistan Region Government (KRG). However, the PMU will likely redeploy most of its units to Ana town west of al-Qa’im city on the Syrian-Iraqi border, the next target for government forces.

20 happy villages …. kudos to the tireless russan led coalition again …. and many more kudos to come

congratulation and celebration for iraqi people and PMU. afterward PMU should parade to syria and help their brother in syria.

East of Al-Qai’m* since west of it would be inside Syria. :]

The PMU and Iraqi Army already have a large contingent in the area and were held up the Iraqi govt who was being prodded by the US Military.