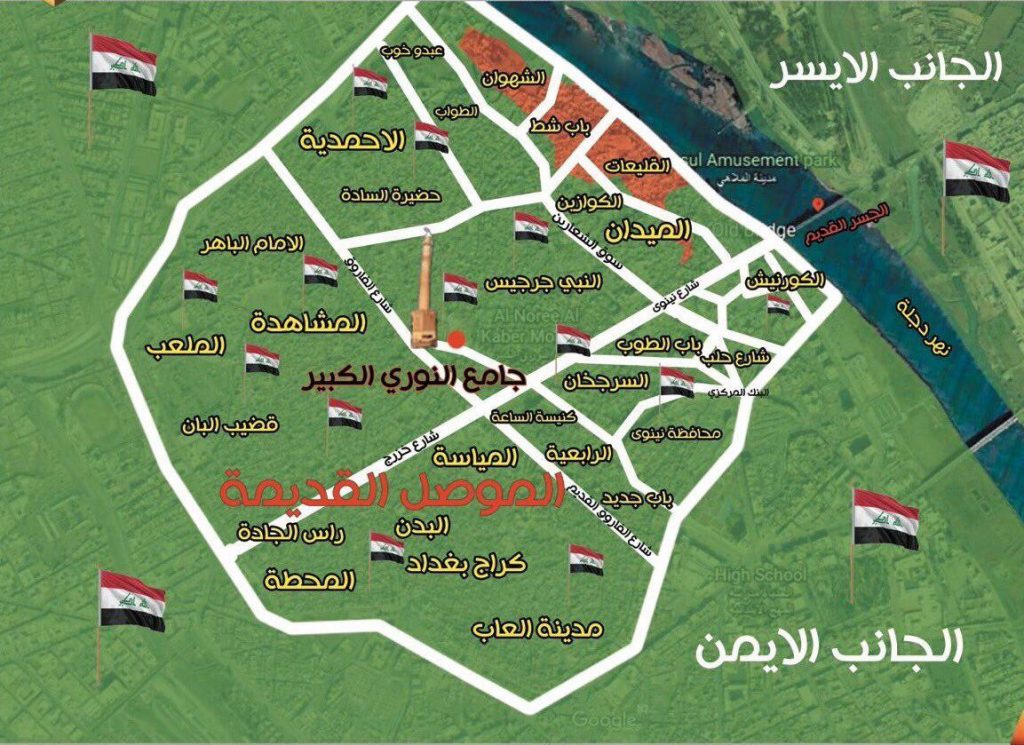 On Wednesday, the Iraqi Army started an offensive against ISIS in Al-Shahwan district on the western bank of the Tigris River in the Old Mosul area. Al-Shahwan and Al-Qali’at districts are the last ISIS strongholds in Mosul. The Iraqi Army controls more than 70% of the city. However, ISIS fighters still have freedom of movement in the southeastern part of Old Mosul. 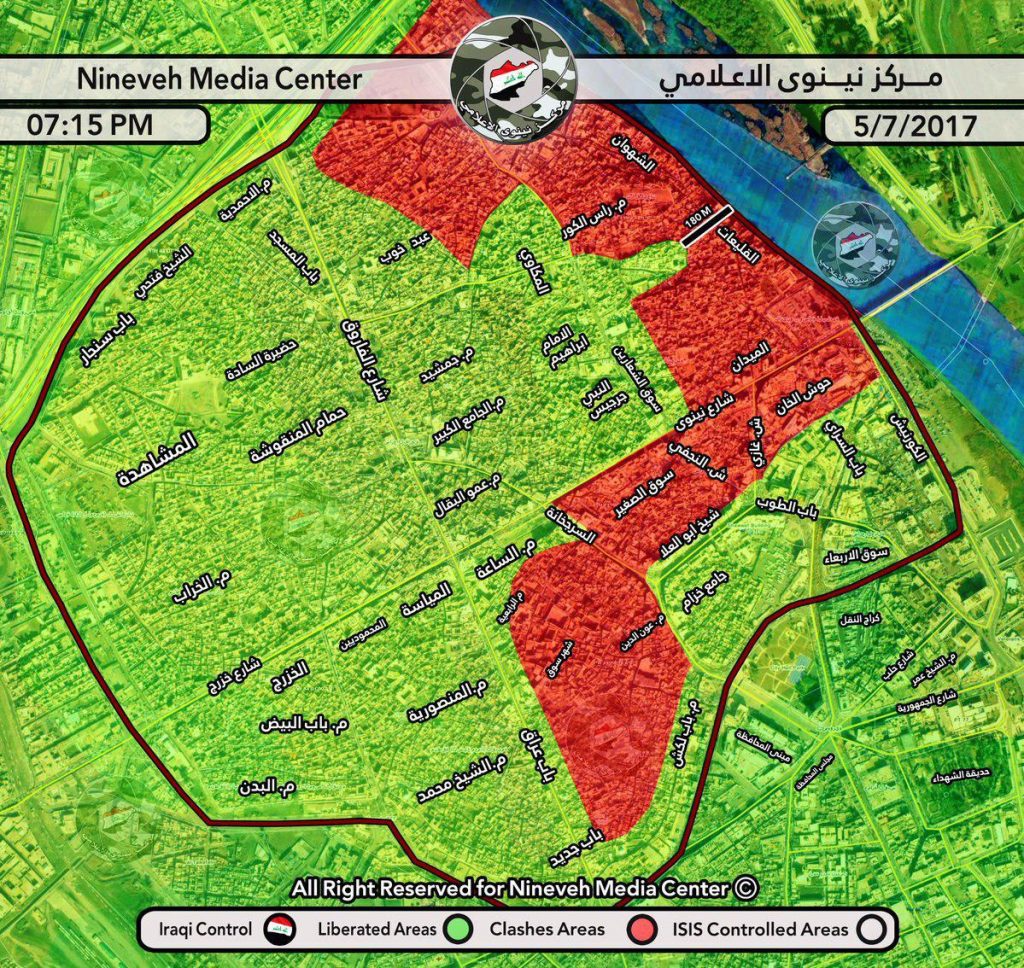 Meanwhile, ISIS claimed that 11 soldiers were killed during the clashes in Old Mosul, and two army drones were downed.

According to Iraqi sources, there are 100 ISIS suicide attackers remaining in Mosul, including women and men, and most of the ISIS attacks on Iraqi forces are suicide attacks currently.

According to Iraqi sources, on Tuesday, ISIS executed 200 civilians, including women and children, in Tal Afar town, west of Mosul, after accusing them of trying to escape to areas controlled by the Iraqi Popular Mobilization Units (PMU). ISIS also hanged the bodies of 60 of them on lampposts in Tal Afar, and arrested their relatives in the town.

Experts believe that days of fighting are still in front of the Iraqi Army before the announcement of Mosul city completely liberated from ISIS.

Only 100 ISIS killers left in Mosul and yet they still have time to kill 200 civilians and also hang 60 of them. How many weapons Mobile units and ammunition and rope do they have left. Why doesn’t the coalition just stop fighting now and starve them all to death because civilian lives dont seem to matter to either side.

Those hangings were in Tel Afar.

Looks like Mosul is not the last place that ISIL control then.

Hahahaha, why dont u read a little closer! “in Tal Afar town, west of Mosul”.

When they want too ISIS turns every urban battle into yet another recreation of the Battle of Berlin. Including roving squads set out to terrorize and murder civilians.

This time however, most of civilians see them as the oppressors, contrarily to what happened in Germany.

“most of the ISIS attacks on Iraqi forces are suicide attacks currently”.

It means that they finally decided to give up now. We are really nearing the end. Excellent.