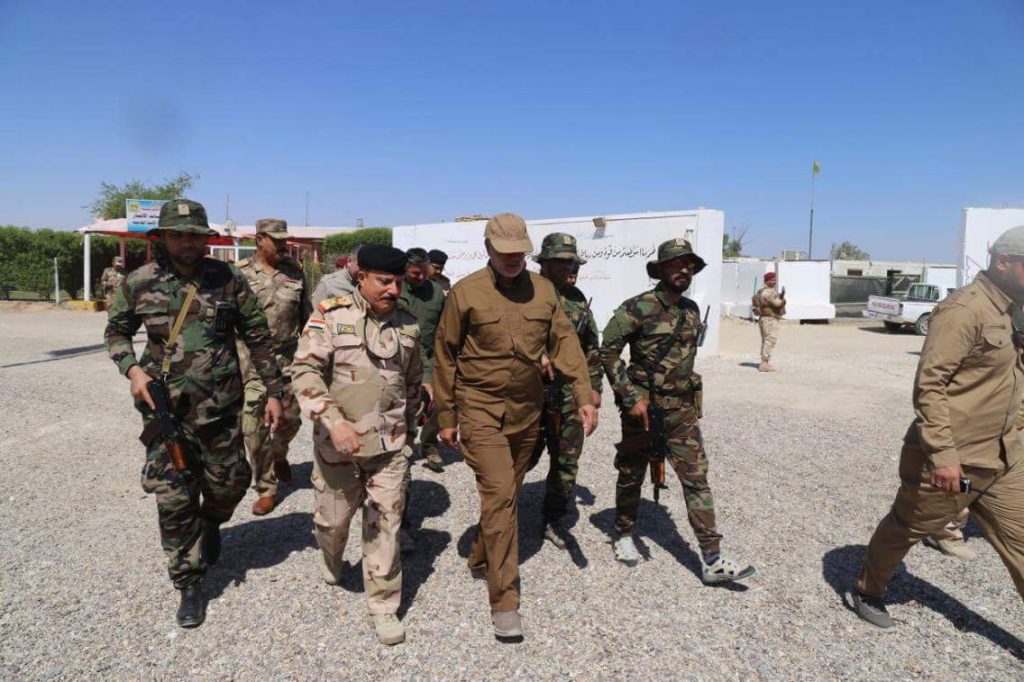 PMU and army commanders during a meeting earlier in September

On September 19, the Iraqi Army and the Popular Mobilization Units (PMU) launched an advance towards the Syrian border along the highway between the Iraqi capital of Baghdad and the Syrian city of Deir Ezzor.

According to Iraqi sources, the army and the PMU are aiming to liberate the ISIS-held towns of Rihaniyah and Anah located at the highway.

If these towns are liberated, they will become a foothold that would be used for a future operation to liberate the nearby town of Rawa from ISIS.

This advance will also allow to increase further pressure on ISIS along the border with Syria and especially in the ISIS border stronghold of al-Qaim.

Earlier  in September, the army and the PMU liberated the town of Akashat, the nearby points as well as the road between Akashat and the Damascus-Baghdad highway.

Experts believe that these operations contribute to the Syrian Arab Army battle against ISIS in eastern Syria and unofficially support the Syrian-Iranian-Russian alliance in the ongoing race for Deir Ezzor province. 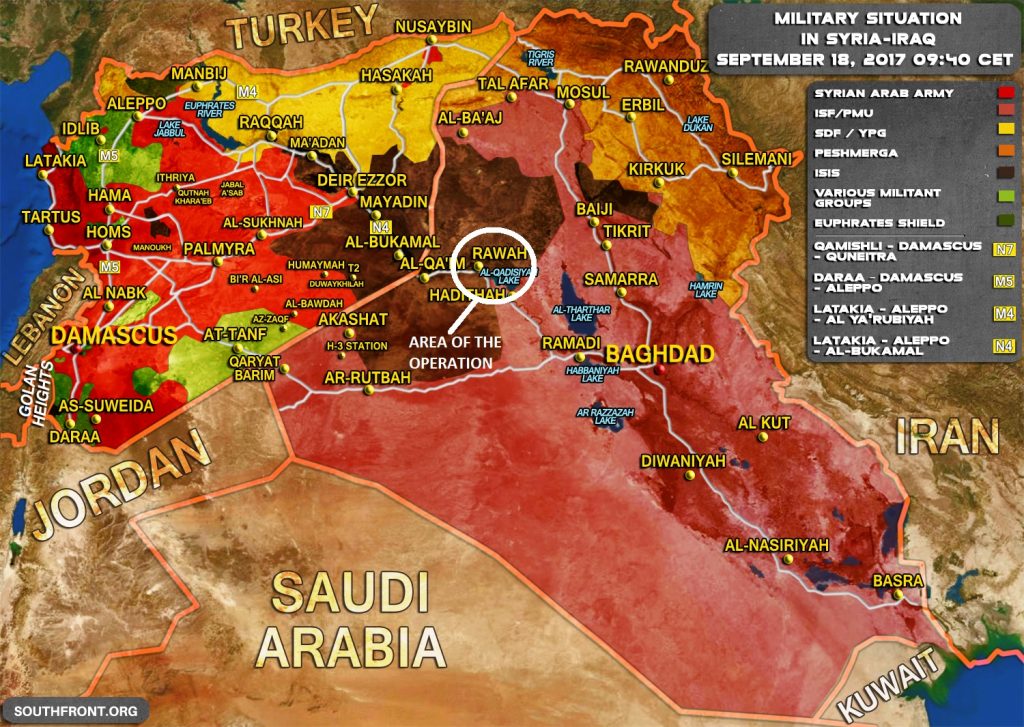 Just like Syria has been challenging ISIS on multiple fronts , as they know that ISIS can’t defend with the limited manpower they have Iraq is doing the same thing as long as they keep the pressure up, this will be a clear victory. Good job guys!

I don’t trust them. Too much history with the US