The Iraqi Army began an advance in the Old Mosul area – the last stronghold of ISIS on the right side of Mosul city. 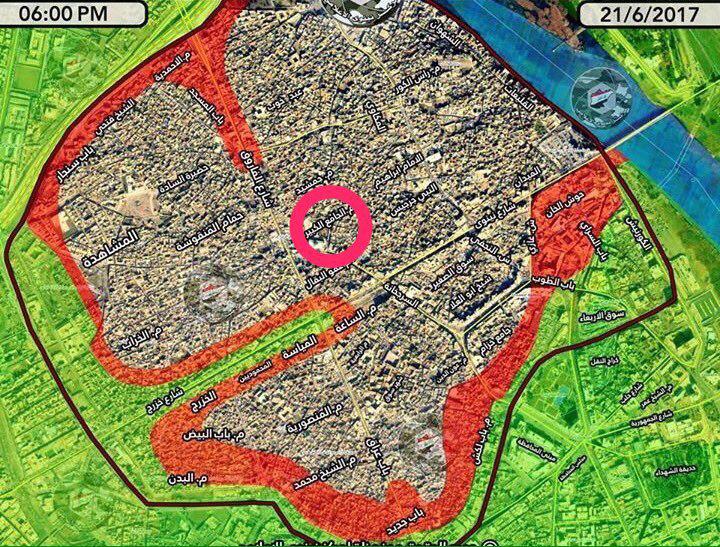 Initially, Iraqi forces advanced in Al-Farouk Street north of Old Mosul. Governmet troops also advanced from the western side, where they managed to capture the Sa’a Street. 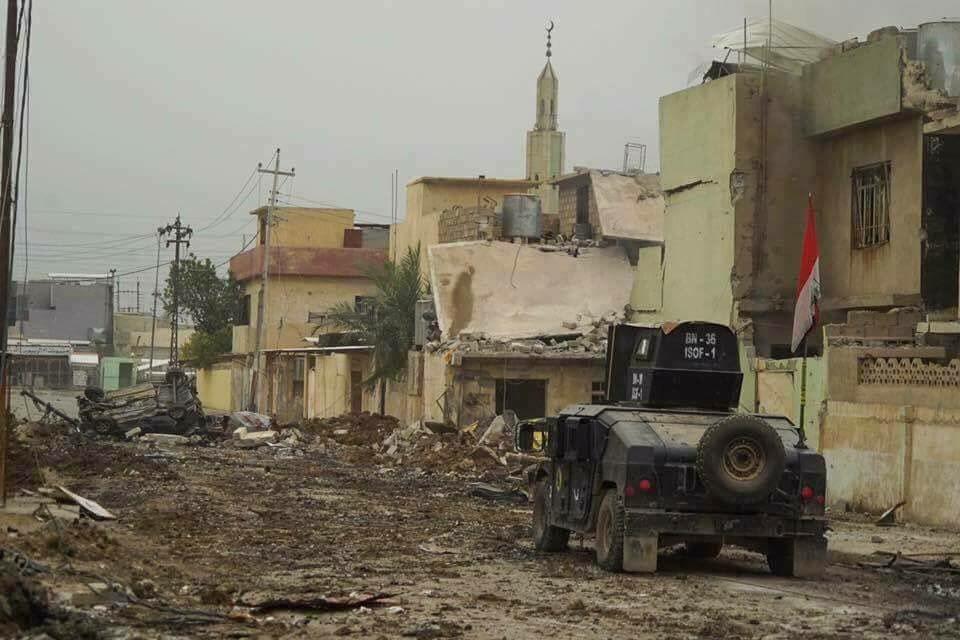 They reached the Nuri area in the center of Old Mosul area where the Nuri Al-Kabeer Mosque is located. In this mosque Abu Bakr al-Baghdadi announced the establishment of ISIS in 2014. According to Iraqi sources, Iraqi Army is now in tens of meters away from the mosque.

From its side, ISIS claimed that 13 Iraqi Army soldiers were killed and a bulldozer was destroyed in an attack on Iraqi Army positions in the Shifa and Zinjili districts north of Old Mosul.

ISIS also claimed that 23 Iraqi soldiers were killed during clashes in Al-Borsa and Al-Mushahada in Old Mosul.

Separately, Iraqi anti-terrorism forces announced that 300 ISIS fighters were killed in the past 48 hours on Al-Farouk Street in Old Mosul.

Furthermore, there have been unconfirmed reports that Iraqi forces were able to capture an ISIS media official during the operation in Old Mosul.

One kill box after the another. Nice and slow.