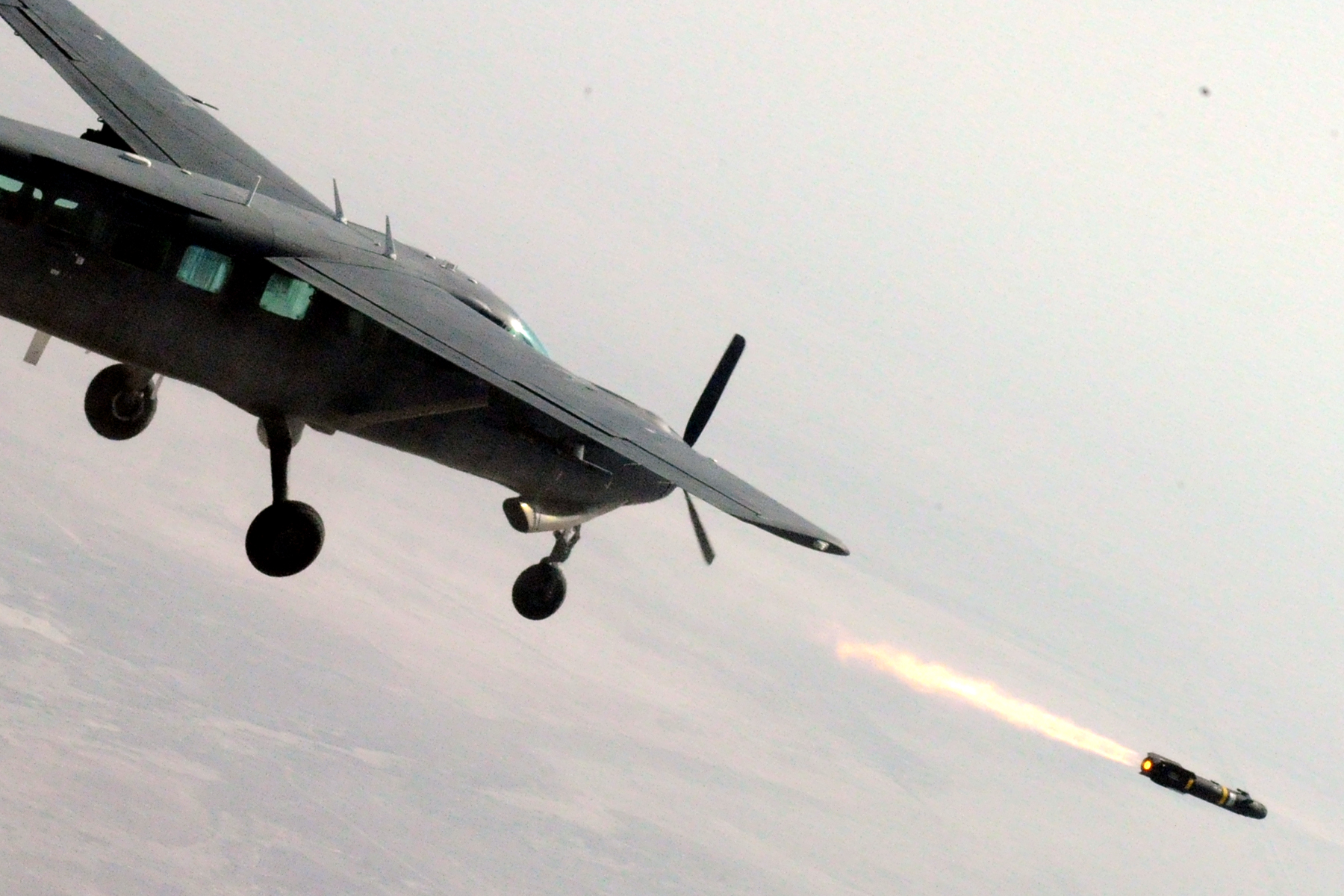 This file photo shows an Iraqi Air Force AC-208 Cessna Caravan aircrew launch a Hellfire missile during a previous test at a target on the Aziziyah Training Range, south of Baghdad, Nov. 8, 2010. US Army photo by SGT Brandon Bolick.

On December 6, F-16 fighter jets of the IQAF carried out airstrikes on three hideouts of ISIS cells located within the so-called Aisha camp in Hamrin mountains in the eastern province of Diyala. The Iraqi Security Media Cell said that the airstrikes were carried out in coordination with the Directorate of Military Intelligence (DMI).

The very next day, an AC-208 Combat Caravan counter-insurgency aircraft of the IQAF targeted a hideout of ISIS in the al-Chai valley in the northern province of Kirkuk. The pinpoint airstrike was also carried out in coordination with the DMI, which provided information on the hideout.

The Iraqi military, intelligence and security forces stepped up their counter-terrorism operations in the last few months. The IQAF played key role in most recent operations.

ISIS cells remain active in different parts of Iraq, especially in the western, northern and eastern regions.  Despite of the immense effort being made by government forces, the terrorist group’s insurgency in the country will not likely end any time soon.

Meanwhile on the other side of World, poorly equipped Russian Troops with barely a pot to piss in are being Slaughtered by an onslaught of Advancing Ukrainian Troops, incoming reports say that the Russian Soldiers took of their uniforms and drop their weapons to flee advancing Ukrainian Units!

Reporters on the ground says its the biggest Massacre of Russian Units since the beginning of the Ukrainian War, Dead Russian Soldiers number possibly in the Thousands, Putin is set to hold an Emergency Meeting with his Generals today to discuss a possible Withdrawal from Ukraine!

The End of The Ukrainian War is finally in Sight!

‘Despite of the immense effort being made by government forces, the terrorist group’s insurgency in the country will not likely end any time soon.’

Please come up with another sentence SouthFront. You’ve been repeating this particular one for years now and it’s becoming a little predictable and tiresome.

Erdogan is a coward.