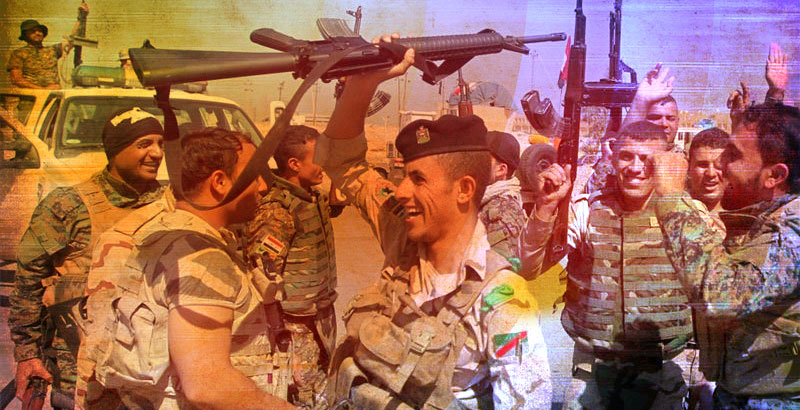 On June 8, Iraqi government forces neutralized a dangerous cell of ISIS near the key town of Rutba in the western province of al-Anbar.

The cell’s hideout was targeted by F-16 fighter jets of the Iraqi Air Force according to information provided by the Intelligence and Investigation Agency of the Iraqi Federal Police. As a result of the airstrikes, the cells commander was killed.

Following the airstrikes, an elite force of the Counter-Terrorism Service landed from Iraqi military Mi-17 helicopters near the hideout and conducted a combing operation. The force arrested four terrorists, including one who was wounded in the airstrikes.

Between February and March, ISIS terrorists carried out a series of attacks on military personnel and civilians near Rutba. Most of the attacks took place along a strategic highway that links the Iraqi capital, Baghdad, with both Jordanian capital, Amman, and the Syrian capital, Damascus.

The Iraqi military and security forces intensified their joint counter-terrorism operations in the last few weeks. One of their most recent operation targeted a “mobile ammunition depot” of ISIS in al-Anbar. Four terrorists were killed in the operation.

The recent operations highlight the capabilities and experience of the Iraqi military and security forces, who are now able to operate on their own without any support from the US-led coalition or the Iranian-backed Popular Mobilization Units.

Looks like he was treated with kid gloves after his capture…..

if it was isis scum, they where treated w/ kind gloves…

Which side is the US on again? Maybe the Pentagon supports Iraq and the CIA supports ISIS. Sure gets confusing.

Islamic State or Daesh would be the appropriate label to use for these modern day barbarians.

‘ISIS’ is a reference to an ancient Egyptian goddess whose archetype that followed is the Virgin Mary.

All the western nations that allowed pushing out the Goddess’ name through the mass media, where they are at now. Extreme stupidity and self destruction.

Iraq and Syria need to secure these roads between borders. If not, these attacks will continue, supported by US invaders holed up in Al-Tanf.