About 200 terrorists of the Islamic State group have been killed by the Iraqi Air Force to the west of Mosul near the Syrian border. 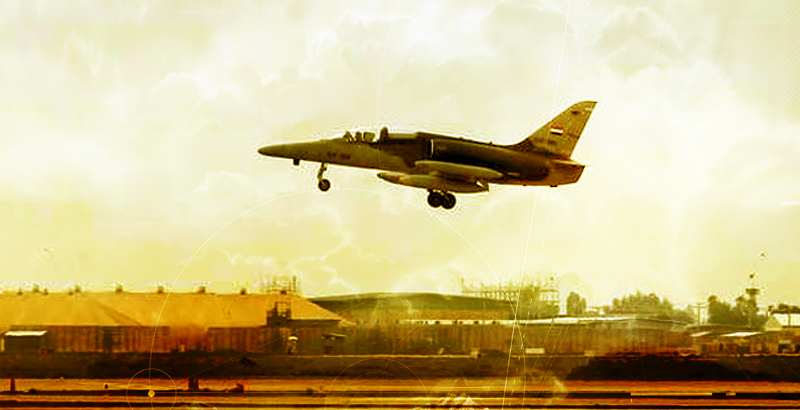 The Iraqi Air Force eliminated about 200 terrorists to the west of Mosul, carrying out airstrikes near the Syrian border, the RIA Novosti news agency reported, citing a statement, issued by the Iraqi military command on Saturday.

According to Iraqi military, their target was terrorists of the Islamic State (IS) group, who came from Syria to the Iraqi town of Al-Ba’aj.

“The Air Force carried out several airstrikes that led to the destruction of protective constructions and groups of IS militants. About 150-200 terrorists, who invaded from Syria to the town of Al-Ba’aj, were killed,” the statement, posted by the command’s press service on Facebook, reads.

The Iraqi command did not reported whether the terrorists planned to go to Mosul as reinforcements for the IS.

Since October 2016, Iraqi military have been conducting an operation to liberate Mosul, the second-largest city in the country, from the IS. The Iraqi security forces have already returned all the eastern part of Mosul and have been continuing the offensive in the western part of the city since February 2017.

Iraqi air force is doing a great job against ISUS with strikes and recon in desert regions. They are also supplying Syria with intel for strikes against Daesh within Syrian territory. GOOD TEAMWORK !

Was this done in one day, a few days, a week, or what span of time? This is good because it seems to me that the Syrian army hardly ever kills large amounts of terrorists/rebels in a short span of time. Most of the fighting in Syria seems to result in ISIS successfully retreating or moving when they start losing to the Syrian army; and then you also have the Syrian army retreating quickly in cases where ISIS or the rebels launch a strong attack. And that’s one reason why the war lasts and last.

Why be so pessimistic? Daesh is on their last leg, and HTS Jihadist are being bled dry in N Hama. Did Erdogan forget to send them their paychecks?

ISIS and the SAA have the same problem of having too few fighters to hold vast regions of territory. ISIS withdraws when they can’t muster up enough nearby fighters to fend off assaults by large SAA formations while leaving behind small units to perform delaying actions. The SAA needs their experienced soldiers on the active front lines so are forced to place second line troops in critical locations with hopes that ISIS will be too weak in those regions to take advantage of their inexperience, which they often do later on. ISIS has the same problem so deploys their second-rate fighters in quiet sectors facing equally inept SAA recruits. They usually leave each other alone if their area is wasteland that produces nothing of economic value or is productive farmland that requires co-operation on both sides to get crops in the ground and the harvest to market. You do realize that all the various factions were forced to conduct some sort of trade between each other if they want to keep their followers/captives fed and employed along with keeping the lights on. Daesh needed some sort of economy to bring in revenues to pay their fighters. Theirs has been collapsing as they lose more territory that hold valuable resources. It’s usually impossible to keep a mercenary army employed when one can’t pay their wages. No money, no Swiss.

All the better that the Iraqi air force snuffed out 200 of them; the Iraqi military seems more efficient to me.

Sounds like aerial recon noticed some new construction going up in Al-Ba’aj and deduced those were parking garages/barracks for ISIS units to hide in during the daytime. Then the Iraqis waited until those were full before blasting them to smitherines. I doubt if those dead fighters were headed for Mosul. Probably were reinforcements to hold the northern line so the rats still in the east would have avenues of escape to the SW.