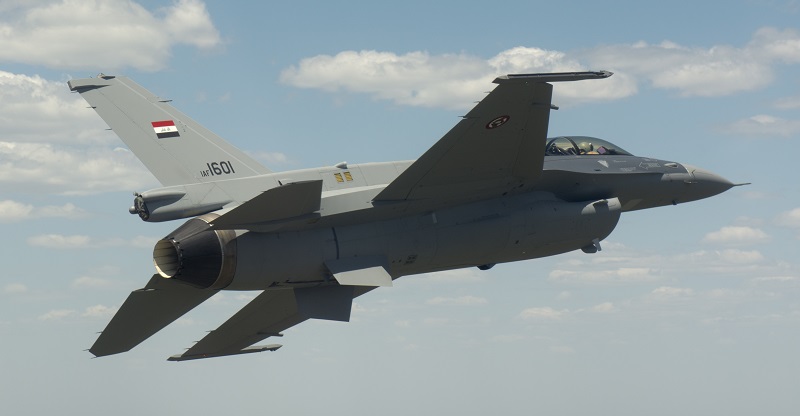 The Iraqi Air Force will continue striking ISIS targets in Syria, Iraqi Prime Minister Haider al-Abadi said on March 8, adding that Iraq is ready to strike terrorist targets in other neighboring countries if they give their approval.

A-Abadi made the announcement at a conference in the Iraqi Kurdish city of Sulaimaniya.

“I respect the sovereignty of states, and I have secured the approval of Syria to strike positions (on its territory),” Reuters quoted the prime minister as saying.

On February 24, al-Abadi announced for the first time that Iraq was delivering airstrikes against ISIS inside Syrian territory.

Awesome, another leader that actually respects states sovereignty and permission

Assad did give coalition forces permission to bomb ISIS.

Bomb any convoys that retreat from Iraq to Syria.

Good move attacking them in Syria, the Daesh can’t hide from air attacks using the limits of national borders.

Iraq,Syria and Iran were always at peace until the babilon USA/Nato came.Their were rich and powerful there was no poor arabs or any inhabitant this countries.

Bomb the terrorist before USA relocate them from Raqqa to Kobane.let the rats run in the SAA and Russian and Kurdish trap.