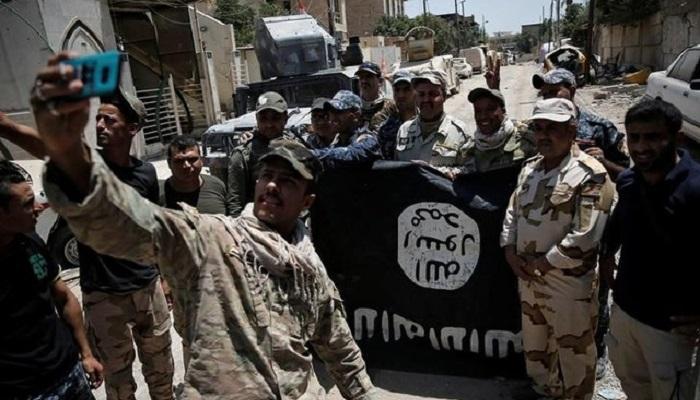 On April 27, Lieutenant Colonel Haitham Ahmed of the Iraqi Army 15th Division announced that the Iraqi Army backed by the Iraqi Air Force had conducted a security operation against the remaining cells of ISIS in Badush Hills located 10km to the northwest of the city of Mosul.

“The operation was carried out with aerial support by Iraqi helicopters that carried out several strikes on tunnels and sites where elements of the organization [ISIS] were hiding in these hills [Badush],” Lite. Col. Ahmed said, according to the Iraqi Rudaw TV.

Lite. Col. Ahmed added that the Iraqi Army successfully secured Badush hills and killed seven fighters of ISIS as a result of the operation.

Meanwhile, Police Lieutenant Iyad al-Asali announced that Iraqi security forces, supported by local forces, had carried out a security operation in the al-Rahmaniya district in the western part of Mosul. Iraqi police arrested 12 wanted terrorists during the operation, according to Lt. Iyad.

Mosul was liberated from ISIS by the Iraqi Army and the Popular Mobilization Units (PMU) on July 20, 2017. However, to this day ISIS maintains a strong influence in the war-torn city thanks to its cells, that represent a huge challenge to the Iraqi authorities.

One day at a time.