The Iraqi Defense Ministry announced in a statement that it had received 39 T-90C main battle tanks from Russia.

These battle tanks were delivered to two battalions in a battle tank bridge, which is now undergoing rearmament process. Iraqi servicemen received training in the usage of battle tanks “under supervision of Russian experts”.

Russia and Iraq have a contract on delivery of T-90C and T-90SK main battle tanks. A total of 73 battle tanks will be delivered under the contract.

Nice. Now they can scrap off those Abram junk forced upon them.

If you have nothing to say about a subject you know nothing about, don’t say it.

It would be better if you said nothing then Smaug.

im from Australia! We bought Abrams…. they are SHIT! even our own 60 minutes reported on how shit they were!
Nuff said!
Stick that in ur pipe and smoke it!

How would you know, you’re not army.

Moron comment. It is a basic issue of procurement – Australia is a subordinate partner in an alliance with US. It is widely understood in both Australian politics and media that Australia is easily pushed into acquiring US manufactured and controlled big-ticket hardware.

You grow in bigger and bigger troll.

Well, here is some proof!
What u got to say about these recent results huh?
This is the M1A2. Poor performance! an only beat the VERY OLD and poorly operated T84 operated by Ukraine and its crappy military budget!

Australia bought the M1A1. even more crappier!
I told u we have had many TV stations report on how bad they are. Both 60 minutes and Four corners (investigative TV shows)

Not only that but we also purchased the worlds WORST submarines! The Collins class and my Ex GF’s father was the General Manager of the Australian Submarine Corps!

Well guess what…… we use these subs (because we are stuck with them) and we still defeat the USA in Navy training exercises!

Thats how shit the USA are! FACT!

Below is ur Tank Ranking hahaha! And remember Australia has the M1A1. So much worse than the M1A2 which is still a lemon!

This is proof enough! Google “collins class submarine”! Worst subs ever made and still can defeat the USA shitty navy!

We are obligated to buy US military vehicles because of the ANZUS treaty! Some USA stuff is awesome (like the F1-11) and some are total crap! REALITY! 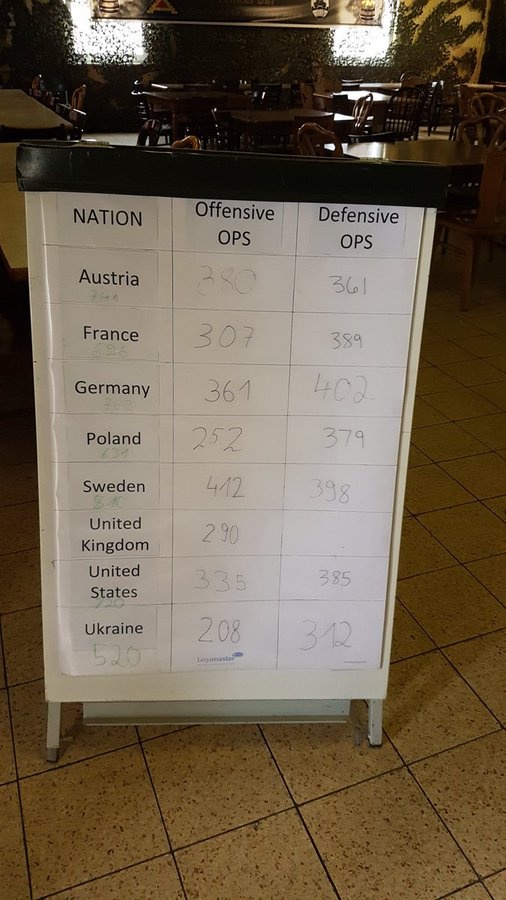 If you’re going to push an agenda like this you should learn how to be a better liar.

The commenter is an Australian – its safe to assume he knows more about his own country, and military, than you. So when you accuse him a of being a liar, you merely reveal yourself as an ignorant agenda troll.

Cut the circle jerk I wasn’t talking to you! We don’t know if he’s Australian and he’s definitely not Army. I’d bet $500 that I’m the only one in this forum that’s driven an M1A1!

So what? That has literally zero bearing on the political and military equation of the validity of the Abrams tank, fundamentally designed for Cold War era battles in temperate central Europe, for the Australian military and its requirements. Incidentally, as for ‘circle jerking’ – nobody knows the identity of anyone on the internet – so all your claims are equally susceptible to open questioning.

Totally unsuitable for Australia, but John Howard bought them to be used in the ME. The US told him to send Australian soldiers to die in the ME, for America.
And if you want to remain PM in Oz, you have to suck American, ……

‘as’ is completely right. The US supplied Iraqi Abrams program was structured and contracted to be maintained and serviced under full US control by contractors General Dynamics. But under US state directives all GD maintenance staff left Iraq around Christmas in 2017, and have not returned, and have subsequently GD have withheld servicing and parts for all Iraqi Abrams tanks. Around half of Iraq’s 140 Abrams stocks are now out of service and have no imminent means of repair or service – ie are now useless by way of US politics. So, why all this US instigated drama? Because a Shia militia, Kata’ib Sayyid al-Shuhada (KSS), were seen operating an Abrams earlier in 2017, during heavy Iraqi actions against ISIS. Yet curiously, the US were never concerned with ISIS operating a number captured Iraqi Abrams, and contract conditions were certainly not previously impacted by those events. Basic result – Iraqi Abrams are currently deadwood, completely controlled by US, and politically hostage to any servicing or parts – so basically useless to an independent minded Iraqi state. Thus, roll in the new Russian T-90C’s that the Iraqi military engineers can be trained to service and maintain themselves.

Iraq receiving battle tanks from Russia. I’ll bet that’s not what Bush & Co. had planned when they started this mess. What a bunch of stupid goofs.

the have forced iraq to buy heir junk…..and stole their oil…now Iraq is trying to find its way again….after being almost totally overrun by US made ISIS they found out the hard way that US is worthless as an ally…..

a serious asset. those tanks have proven their worth in SYria although SAA has only a handful of these and not the same version

700 tanks sure then making it a “serious asset”.

Did you bother to read Joe?
Contract is for 73. Anyways Iraqi army has mostly light armor.
Many IFV’s and APC’s, etc. Last stated number of M1 is only 140.

i mean the type of weapon is very efficient . not the number. after the us invasion Iraq has lost almost all of its armour which was rather outdated anyway. now it has 146 m1 abrams, 127 t-72 and will have 79 T-90s. if they upgrade the t-72s to a decent variation then we are talking about a good start. for such a vast country the number is very small indeed but lets take in mind that its trying to ‘create’ an army…..not to upgrade.

I understood your comment but I don’t think you understand the logistics of an Army…whatever you deem as “very efficient” doesn’t mean shit unless you have the numbers to back it up. And…

The main problem with the the Iraqi Army is they have no Army, you can sell them all the equipment you want but no man power to operate it

Don’t take this as Iraq switching allies, there’s still a comsiderable US garrison there which trains and supplies their soldiers. Iraq, like everyone else in this area, don’t want to be dependent on any one source for defense.

When the Iraqi army was reformed after the US invasion the Iraqis wanted to buy Russian gear, as that was what they were familiar with. The US opposed this at the time, preferring for the Iraqis to buy American gear. Because with American gear comes American control through American advisors and the means to cut off supplies of spare parts. Something the Iranians learned through first hand experience.

It would seem that the Iraqis buying more and more American kit is a return to old form. Both them buying what they are familiar with, and means to make themselves more independent from US control,

The US opposed Shiite militias from using Abrams tanks, so naturally Iraq game some back and bought Russian tanks instead. And your right, you don’t want to be dependant on solely one source for your military.

You think Iraq is on the US side?
I hear some Americans call Vietnam an ally?
Face reality, all you have to do to find America, is follow the river of blood that flows from US invasions and occupations.

Do you have any idea how retarded you make yourself sound?

Why is US in Iraq. For “Shock and Awe” ? Murders millions and calls their soldiers “heroes” . And the wounded heroes, need to beg for money to survive. Why ? The gov moves on to start new wars all over the globe. And millions of homeless, hopeless Americans need help now. Its insane, to stay the course. But we are, because the MIC runs the country.

T-90 is a great tank. Abrams requires a huge logistics train to maintain it – sure Americans can afford that but it is bad for most customers. Arabs have first hand experience of both and they are voting with their feet. In any case Iraq was enslaved by the globalists and if they want to assert their independence it is a 100% certainty that all Abrams spares etc. supplies will be cut, stranding all of them as useless junk.

The Abrams was designed in 1972.
If you look at the equipment that works in the US military, they are all around that time.
Look at their new weapons, the Zumwalt, the F35, the Patriot, all hopeless.
They are a decaying empire, clinging to the past.

t-90 earlier. the t-90 is only modern version of t-72. this is the reason, why ruskies negan with quite new vwersion on armata platform.

Even older tanks are ok when the basic design is sound. Abrams is a heavy gas guzzler only good for the empire with its huge logistics trains (not to mention the whim of political winds). In Syria some T-55s are still beating back the jihadists!

The US has been flying its injured ISIS fighters to Iraq for treatment again, when will Iraq regain control of its country?
Perhaps when Syria finishes cleaning out the roaches in Syria, it could liberate Iraq?