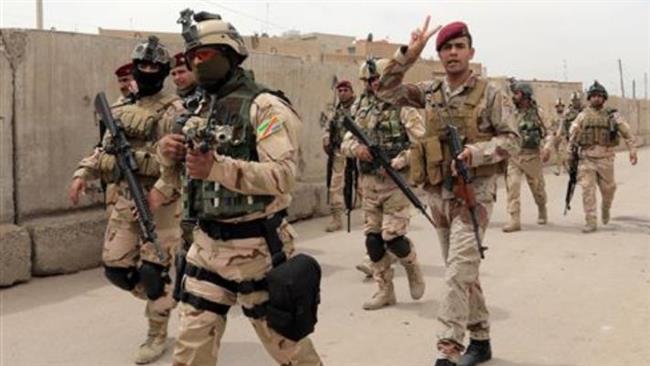 The Iraqi government is  going to take control of the borders of its Kurdistan Region “in coordination” with Iran and Turkey, the Iraqi Defence Ministry said in a statement on Friday.

The ministray said that the implementation of central government decisions to take over control of all the border posts and airports was “going as planned in coordination with the relevant authorities and neighboring countries, and there is no delay in the procedures.”

No details on the excat way how the military was planing to achieve its goal were provided.

Meanwhile, the Iraqi media reported that an Iraqi military delegation visited the Kurdistan Region’s border from the Iranian side. Earlier this month, Turkey and Iraq held joint military drills on the Turkish side of  the Kurdistan border.

The Iraqi government also imposed a flights ban on the airspace over the Kurdistan Region after the local government rejected a request to hand over control of international airports in Erbil and Sulaimaniya to the federal  government.

great unison of the trio and hoping for syria to join inevitably – zionism, the root of all evil, should be crushed asap

And how is this helping against zionism?

Israel cannot be defeated as everybody knows, except for some arabs and nitwits, that Israel being defeated will mean a that Israel will use its 200+ nuclear bombs to destroy the whole of the MidEast as far as they can reach. They gone, then the arabs, turks and iranians too.

No problem fo muslims. lets both die on earth and meet in front of the Lord on Judgment day!

arab destroy… israel destroy doesnt help …. the US and Europe will come to reconquer the nuclear contaminated nomansland middle east

Exactly. These Slavics on this site get emotional when drinking vodka and can’t think rationally. I have been there. They are organized. They are entrenched. They are will do what is required to defend Israel.

The stupid Kurds will be wiped out. The US will not take their side to alienate Turkey or Iraq and push them into Iran’s arms.

It seems that you don’t need any vodka at all to get all irrational and psychotic.

Nope, historically inaccurate. MAD is an acronym for the Cold War doctrine between the nuclear armed Soviet Union and United States – mutually assured nuclear destruction – was the doctrine and guaranteed result of any first strike, and responsive counter strike, by either party in the Cold War nuclear stand-off. Israel in stark contrast, has a policy called the Samson option – which means launching its nuclear arsenal against all the regional non-nuclear Arab states around them, in the event of ever facing defeat in a conventional Arab attack scenario. This Samson option is a completely different doctrine – of unilateral nuclear use against non nuclear states – as opposed to the Cold War era Soviet-US MAD doctrine.

The point is not the unilaterally. The point of Israel is : If we go down, we all go down. MAD, by whatever means or whatever name.

The point is entirely the Israeli threat of the unilateral use of nuclear weapons against non nuclear states – it’s called the Samson option – and has nothing to with MAD – which is a specific historical doctrine based around mutual nuclear powers from the Cold War.

At least , let’s blow the Earth and finish this circus . The nature will regenerate itself , no problem . It will be just another extinction . Btw , I don’t believe that Israel will use nuclear or chemical weapons . They have also biological weapons and they will use it without problem . The Mizrahi , Ethiopian and Yemenite Jews will be collateral victims .

They are focusing on the wrong border , the Iraqi Syrian border , that’s where the troops should be . Americans , misdirecting .

you are right, but iraq need to block its borders, too.

And now after ISIS is almost defeated, we get to see the starting of another war in middle east which is due to US and Western countries influence to partition Iraq and Syria. While I don’t care much about Iraq since Iraq doesn’t have a strong leader like Assad, I do think Kurds should maybe….just maybe get a homeland if they behave like good people instead of stealing other country’s land. Tho I only care about Syria due to watching countless Assad interviews and there’s something about Assad that just makes me want to support him. I think it’s because of his loyalty for his country (since he has been fighting half the world for 6 years to protect his country from terrorists while not giving up), his love for his people, his calm nature, good English, well educated, good personality, good ethics, logical (not emotional) thinking, etc unlike the Western leaders who look like a bunch of uneducated scums while they continue lying and act emotionally (like a bunch of immature children). Therefore, as long as the Kurds don’t do anything to Syria or try to steal Syrian land (tho right now, they are doing the opposite), I guess I got no problem with them.

Iraqi troops going to Turkey? First east to more or less Basra, then north into Iran and then westward to western Iran, eastern Turkey with some say 50k+ personnel while IS will take Mosul back again?

After those 50k are defeated, KRG will be bloating in heavy weapons and at that same time Pesh Merga’s can advance on the open undefended borders to the south, taking Baghdad, cutting the country in two and hand Anbar,etc over to arab tribes or let IS retake that too?

It is all posturing and BS and is not going to happen.

An embargo, likely ineffectual, and some clashes is the worst that will happen. That or all out war.

your scenario is a nightmare, unfortunatly there is nothing more probable ….

Thank you for your compliment.

Of course, one’s nightmare could be the dream of another.

Here we go again the SAA alone could eat you for breakfast.

If they could not, it would be beyond a miracle.

That you even consider the possibility does say a lot about your lack of confidence of them.

So today I was looking at Syria’s LGBT rights and believing that Syria is a Arab country (even if Assad is the leader), I thought they would have executed gay people, but this is what I found on wikipedia (even tho it’s quite biased when it comes to Syria).

“Article 520 of the penal code of 1949, prohibits having homosexual relations, i.e. “carnal relations against the order of nature”, and provides for up to 3 three-years imprisonment,[1] although the law is not strictly enforced.[2]”

Furthermore, I never read any cases regarding execution, beating or mistreating of LGBT communities in Syrian areas which are under Syrian government’s control. In fact on the contrary, the article provided by wikipedia suggests that gay people felt secure in Syria since Syrian people/government couldn’t care less about sexual orientation of a person and the law was not at all enforced. Now I understood why Turkey (which also has many cases in which LGBT communities are treated poorly), Saudi Arabia, Qatar, etc were always Anti-Syria. They wanted to enforce Sharia law in Syria And why Israel (which calls itself the only democracy in middle east) calls Syria a dictatorship even tho Assad was democratically elected by Syrians.

Man, this gay hype is getting out of control, they should enforce human rights on a basis of a human being, not religion, ethnicity or sexual orientation

Don’t get me wrong. I am a straight person, but it’s nice to hear that Assad doesn’t discriminate against people on the basis of their sexual orientation :) He also doesn’t force LGBT education on normal people. It’s good to see that Syrians don’t care about a person’s sexual orientation as long as they do not bother them. I think every middle eastern countries (including Iran) should follow Syria’s footsteps and middle east will become a very great place :)

In that I, as of principle, totally agree.

but IT IS, little russian dictator! the rights of minorities are on base of human being :P

Can you even read ? I guess a bit of thought processing is a bit too much for you.

Who cares if it is on statutes.many western countries outlawed homosexual acts for years but never enforced it.

Anyone know if they took down almasdarnews?

it just went up again

Was for me the same way since yesterday but now it works, if you wait long enough there will be a page with explanation, like we are getting more and more popular and many do not agree with us so that’s why are getting attacked … etc etc

I’ve been having issues too. I did see an error message that said they were working on technical issues, that was about 10 hours ago.

Hasn’t been updated since yesterday….very unusual..so something is likely wrong.

It’s back up probably being hacked and needed to clean their server, they will probably have issues even YouTube has them with loading the pages and logging on.

It’s back up here in the US after having been down for 2 days.

I ran site down tests yesterday and it was shown as being up. But all that you got was a blank white page. So today is an improvement over that.

They should add Syria to the coalition and split Israelistan in two at the Syria Iraq border, aided by Russian air support.

Iraq cannot go through the KRG, it can only go to Iran and Turkey’s side of the border. Any decision coming out of Baghdad has to be first agreed upon by the KRG parliament before it can be applied, this is also part of the Voluntary Union (as stated in the constitution). Therefore, Baghdad has again proven itself to be a tyrannical regime by violating the constitution AGAIN! But hey, South Front is run by neonazis so they wouldn’t publish that, otherwise Russian propaganda wouldn’t work. ?

no, kurdrat! you and your ratbrothers violated the agreement with baghdad. therefore your autonomy is already only past.

kurds only over 1111 meters altitude.