The map shows the military situation in the area of Mosul on December 9, 2016. The city is currently under the control of ISIS terrorist group.

Iraqi forces, supported by the US-led coalition, have been conducting military operation to free it from terrorists. 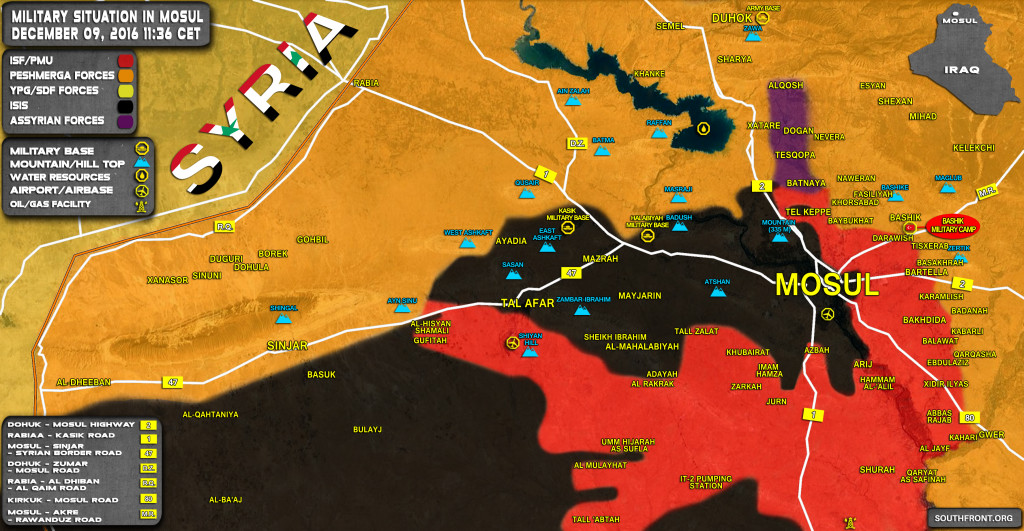