The map shows the current military situation in the area of the last ISIS major stronghold in Iraq – Mosul.

Iraqi security forces (ISF) and the Popular Mobilization Units (PMU) have been developing their operations in the western Mosul countryside. Clashes between ISIS and ISF are also ongoing in the eastern part of the city. 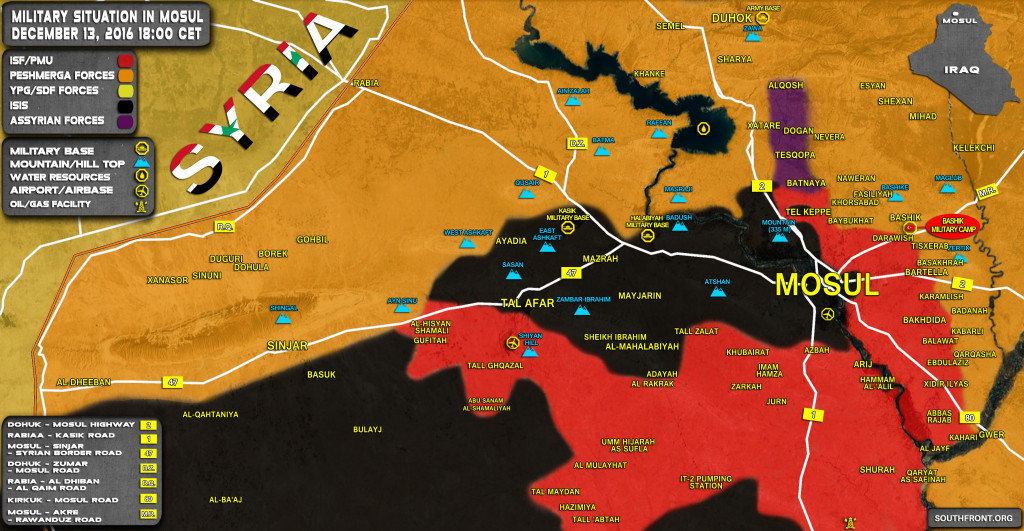